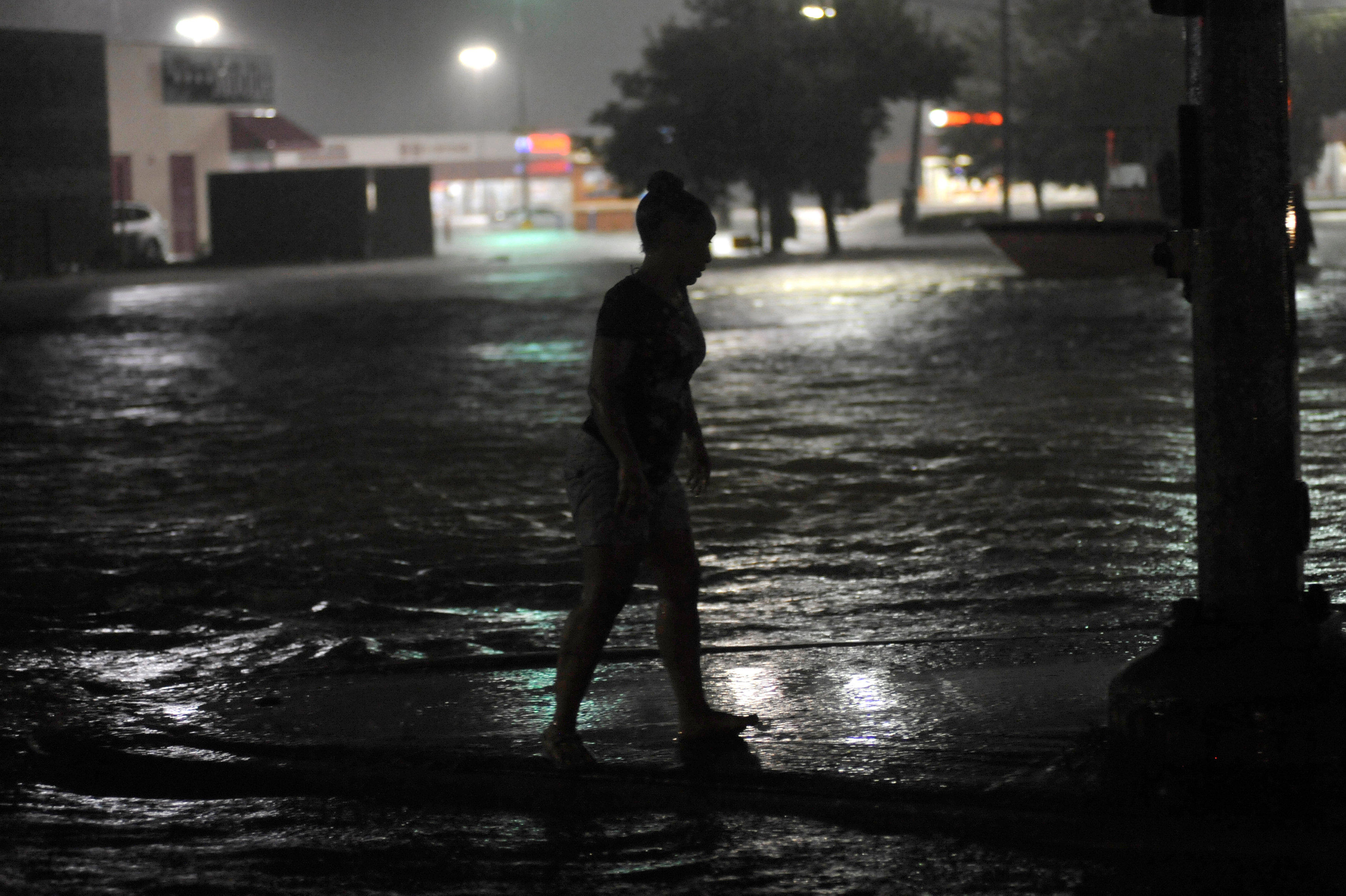 WASHINGTON -- By the time the rain stops, Harvey will have dumped about 1 million gallons of water for every man, woman and child in southeastern Texas -- a soggy, record-breaking glimpse of the wet and wild future global warming could bring, scientists say.

While scientists are quick to say climate change didn't cause Harvey and that they haven't determined yet whether the storm was made worse by global warming, they do note that warmer air and water mean wetter and possibly more intense hurricanes in the future.

"This is the kind of thing we are going to get more of," said Princeton University climate scientist Michael Oppenheimer. "This storm should serve as warning."

There's a scientifically accepted method for determining if some wild weather event has the fingerprints of man-made climate change, and it involves intricate calculations. Those could take weeks or months to complete, and then even longer to pass peer review.

In general, though, climate scientists agree that future storms will dump much more rain than the same size storms did in the past.

That's because warmer air holds more water. With every degree Fahrenheit, the atmosphere can hold and then dump an additional 4 percent of water, several scientists say.

When Harvey moved toward Texas, water in the Gulf of Mexico was nearly 2 degrees warmer than normal, said Weather Underground meteorology director Jeff Masters. Hurricanes need at least 79 degrees F as fuel, and water at least that warm ran more than 300 feet deep in the Gulf, according to University of Miami hurricane researcher Brian McNoldy.

"What I think we can say is that the fact that we do have climate change, our atmosphere is warmer, it contains more moisture, it means that when we do have a hurricane, a tropical cyclone like this, then when an event does occur, then you know climate change does very likely increase the associated rainfall. But climate change per se does not cause tropical cyclones," said Clare Nullis Kapp of the World Meteorological Organization.

Several studies show that the top 1 percent of the strongest downpours are already happening much more frequently. Also, calculations done Monday by MIT meteorology professor Kerry Emanuel show that the drenching received by Rockport, Texas, used to be maybe a once-in-1,800-years event for that city, but with warmer air holding more water and changes in storm steering currents since 2010, it is now a once-every-300-years event.

Research published last year in the journal Nature Climate Change projected that extreme downpours will happen nearly three times as often in the United States by the end of this century. Its high-resolution computer modeling found extreme rainfall will be five times more frequent in the Gulf Coast and six times more in parts of the Mississippi Delta by 2100.

"It's much more likely that you'll get hit by very strong thunderstorms, very strong downpours in the future climate," study co-author Andreas Prein, a scientist at the National Center for Atmospheric Research, told The Associated Press when the study came out. "What this means in the future is you might have a much higher potential for flash floods. This can have really big impacts."

There's a lot of debate among climate scientists over what role, if any, global warming may have played in causing Harvey to stall over Texas, which has been a huge factor in the catastrophic flooding. If the hurricane had moved on like a normal storm, it wouldn't have dumped as much rain in any one spot.

Harvey stalled because it is sandwiched between two high-pressure fronts that push it in opposite directions, and those fronts are stuck.

Oppenheimer and some others theorize that there's a connection between melting sea ice in the Arctic and changes in the jet stream and the weather patterns that make these "blocking fronts" more common. Others, like Masters, contend it's too early to say.

"You really can't pin global warming on something this extreme. It has to be natural variability," Mass said. "It may juice it up slightly but not create this phenomenal anomaly."

"We're breaking one record after another with this thing," Mass said.

Sometime Tuesday or early Wednesday, parts of the Houston region will have broken the nearly 40-year-old U.S. record for the heaviest rainfall from a tropical system -- 48 inches, set by Tropical Storm Amelia in 1978 in Texas, several meteorologists say.

Already, 15 trillion gallons of rain have fallen on a large area, and an additional 5 trillion or 6 trillion gallons are forecast by the end of Wednesday, meteorologist Ryan Maue of WeatherBell Analytics calculates. That's enough water to fill all the NFL and Division 1 college football stadiums more than 100 times over.