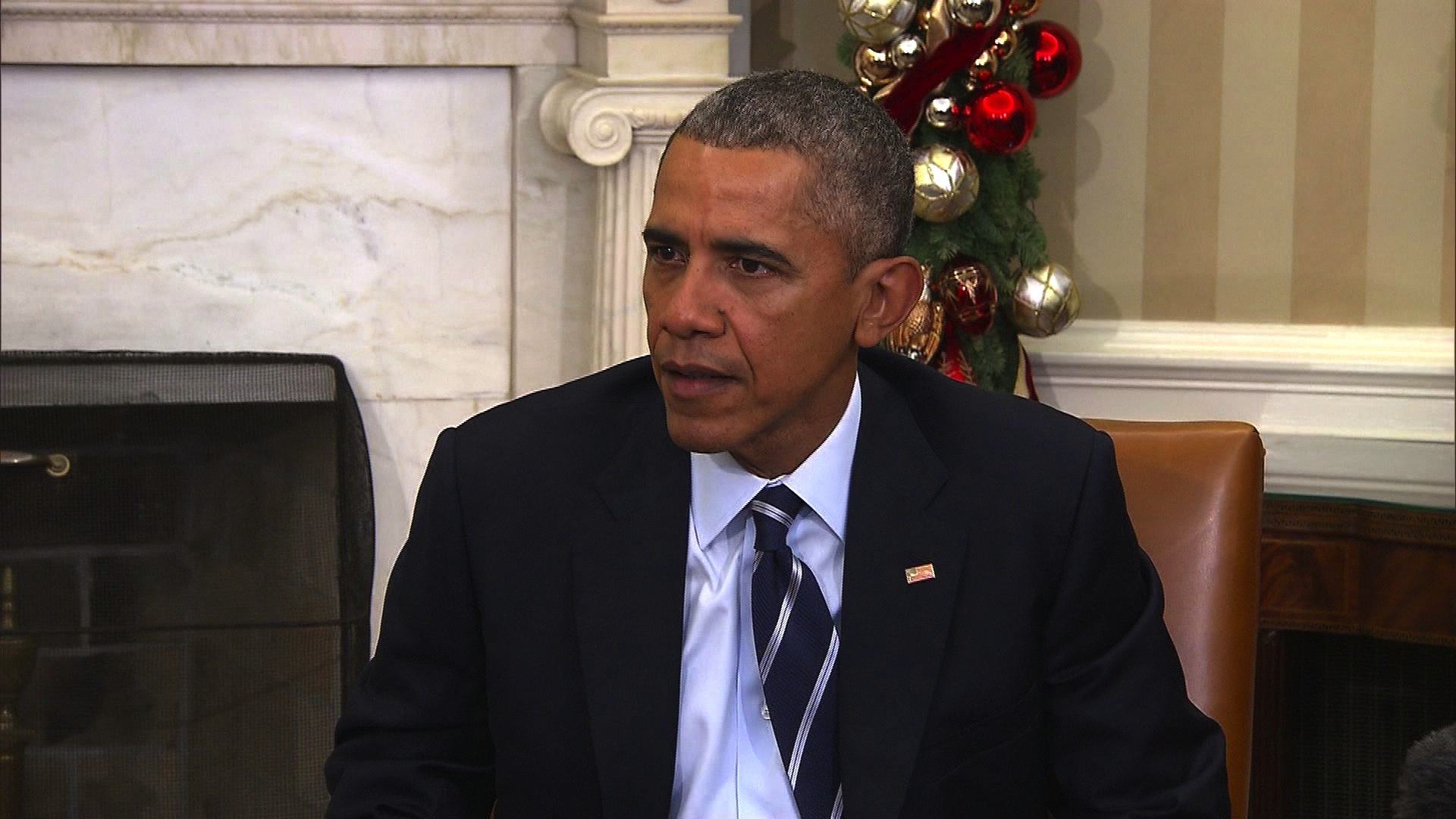 President Obama said Thursday that it's "possible the shootings in San Bernardino Wednesday that left 14 people dead were motivated by terrorism, but "we still don't know."

"We do know that the two individuals who were killed were equipped with weapons and appeared to have access to additional weaponry at their homes, but we don't know why they did it. We don't know, at this point, the extent of their plans. We do not know their motivations," the president said after he received a briefing from his national security officials, including FBI Director James Comey and Attorney General Loretta Lynch.

"It is possible that this was terrorist related, but we don't know. It's also possible this was workplace-related, and until the FBI has been able to conduct what are going to be a large number of interviews, until we understand the nature of the workplace relationship between the individual and his superiors - because he worked for the organization where this terrible shooting took place - until all the social media and electronic information has been exploited we're just not going to be able to answer those questions," he said.

But, the president promised, "We're going to get to the bottom of this."

In an exclusive interview with CBS News' Norah O'Donnell Wednesday, as the shooting was unfolding, Mr. Obama forcefully condemned the "pattern" of mass shootings that is unique to the United States and called in lawmakers to take bipartisan steps to keep Americans safer.

He repeated that call Thursday.

"We can't just leave it to our professionals to deal with the problem of these kinds of horrible killings," Mr. Obama said. "It's going to be important for all of us -- including our legislators -- to see what we can do to make sure that when individuals decide that they want to do somebody harm, we're making it a little bit harder for them to do it because right now it's just too easy."

"We're going to have to, I think, search ourselves as a society to make sure that we can take basic steps that would make it harder - not impossible, but harder for individuals to get access to weapons," he said.

Republicans, however, are still more focused on mental health.

"What we have seen -- and a common theme among many of these mass shootings -- is a theme of mental illness," House Speaker Paul Ryan, R-Wisconsin, told "CBS This Morning" Thursday. "And we need to fix our mental illness laws, our policies. They're outdated. And that is something that we are working on right now."

He touted legislation introduced by Rep. Tim Murphy, R-Pennsylvania, that would revamp the country's mental health systems. Among other steps, the measure would create an assistant secretary position in the Department of Health and Human Services to address mental illness and fix a shortage of beds in psychiatric hospitals.