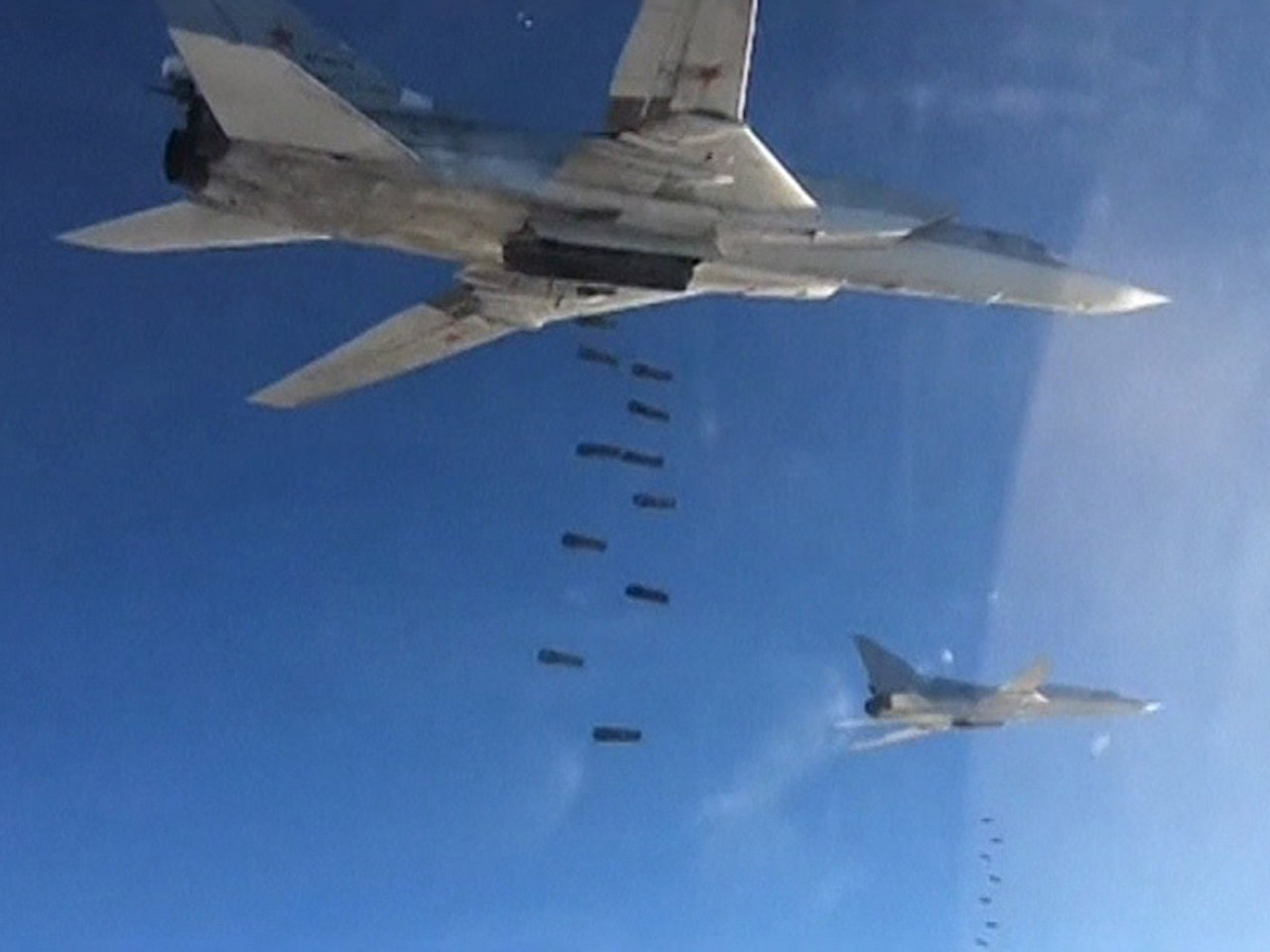 Minister Sergei Shoigu reported to President Vladimir Putin on Friday that Russian warplanes destroyed 15 oil refining and storage facilities in Syria and 525 trucks carrying oil during this week's bombing blitz. He said this deprived ISIS of $1.5 million in daily income from oil sales.

Russia, which has conducted an air campaign in Syria since Sept. 30, sharply raised the intensity starting Tuesday following confirmation that the Russian Metrojet plane in Egypt was downed by a bomb, which ISIS said it had planted. All 224 people aboard the plane, mostly Russian tourists, were killed.

Putin has discussed cooperating on fighting ISIS during his meetings with President Barack Obama and other Western leaders at the sidelines of the Group of 20 rich and developing nations in Turkey this week.

French President Francois Hollande is set to travel to Washington and Moscow next week for talks on joint military action against ISIS, and Putin already has ordered the military to cooperate with the French.

Russian state TV on Friday showed Russian air force ground crew writing "For Ours!" and "For Paris!" on bombs being attached to Russian warplanes.

According to Shoigu, Russian warplanes have flown 522 sorties and destroyed over 800 targets over the last four days. Russian long-range bombers and navy ships have launched 101 cruise missiles in four days, including 18 fired Friday by Russian navy ships from the Caspian Sea.

Shoigu said the strikes this week inflicted significant casualties on ISIS, including more than 600 militants killed in just one strike in the province of Deir el-Zour. The claim could not be independently confirmed.

U.S. and French planes have also struck at oil targets in Deir el-Zour and elsewhere.

Putin hailed the military's performance, but added that "there is still a lot of work to do ... to rid Syria of militants and terrorists and protect Russia from possible terror attacks." Putin has ruled out Russian ground action in Syria, a position reaffirmed Friday by his spokesman, Dmitry Peskov.

The Kremlin has used the air campaign in Syria to showcase an array of new weapons, including state-of-the art cruise missiles.

On Friday, a pair of Russian Tu-160 strategic bombers flew from a base on the Kola Peninsula over the Norwegian Sea, the North Atlantic and the Strait of Gibraltar and into the Mediterranean to launch long-range cruise missiles on targets in Syria, demonstrating the Russian military's global reach.