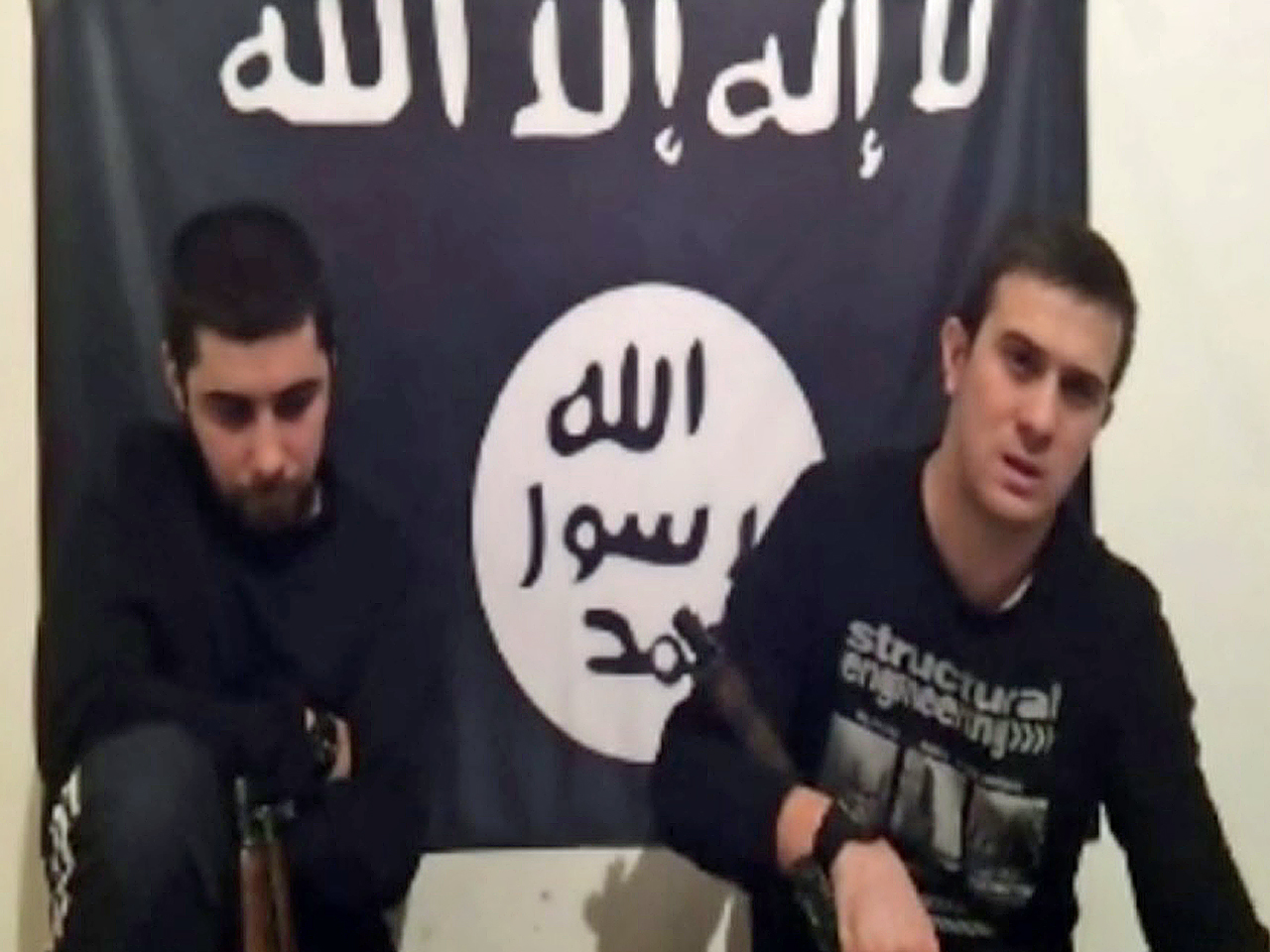 The National Anti-Terrorism Committee said the bombers, whose at tack raised fears of further violence before the Sochi Winter Olympics next week, were members of a militant group in Dagestan in the restive North Caucasus.

A bombing at the railway station in Volgograd on Dec. 29 was followed a day later by a blast that ripped apart a trolleybus in the city 400 miles northeast of Sochi, where the Olympics start on Feb. 7.

The blasts were the deadliest attacks in Russia outside the North Caucasus, the cradle of an Islamist insurgency whose leader has urged fighters to prevent the Olympics going ahead, since a bomber killed 37 people at a Moscow airport in 2011.

The National Anti-Terrorism Committee identified the bombers as Asker Samedov and Suleiman Magomedov, called them members of the “Buinaksk Terrorist Group," and said it had known their names for some time.

Buinaksk is a city in Dagestan.

A video posted on the Internet last week by a group identifying itself as Vilayat Dagestan featured what it said were the Volgograd bombers donning explosive belts and warning President Vladimir Putin to expect a “present” at the Olympics. The video named the men only as Suleiman and Abdulrakhman.

Two brothers suspected of helping send the bombers to Volgograd were detained in Dagestan on Wednesday, the committee also said. It identified them as Magomednabi and Tagir Batirov and said the investigation was continuing.
The news comes amid a major security crackdown on suspected militants in the region. Officials have raided various locations in the Sochi region, claiming earlier in January to have killed seven militants -- including an alleged “black widow” female would-be suicide bomber -- in a raid in Dagestan.

On Thursday -- in sharp contrast to myriad warnings from foreign governments and security analysts over the risk of terror attacks on the global sporting event -- the man in charge of security for the Sochi Games said “a real threat to the Games does not exist.”

Speaking at a news conference in Sochi, Alexey Lavrishev insisted there were no indications from Russian intelligence, or the “information of our partners” suggesting a direct threat to the event.

“The existing forces present today in the region around the Olympics are prepared to react to any threats to safety and will not allow the carrying out of any hostile acts against participants or guests of the Olympic Games."

Asked about the unrest in Dagestan, Lavrishev said the restive region was “pretty far away (from Sochi),” and insisted the situation there was “under control.”