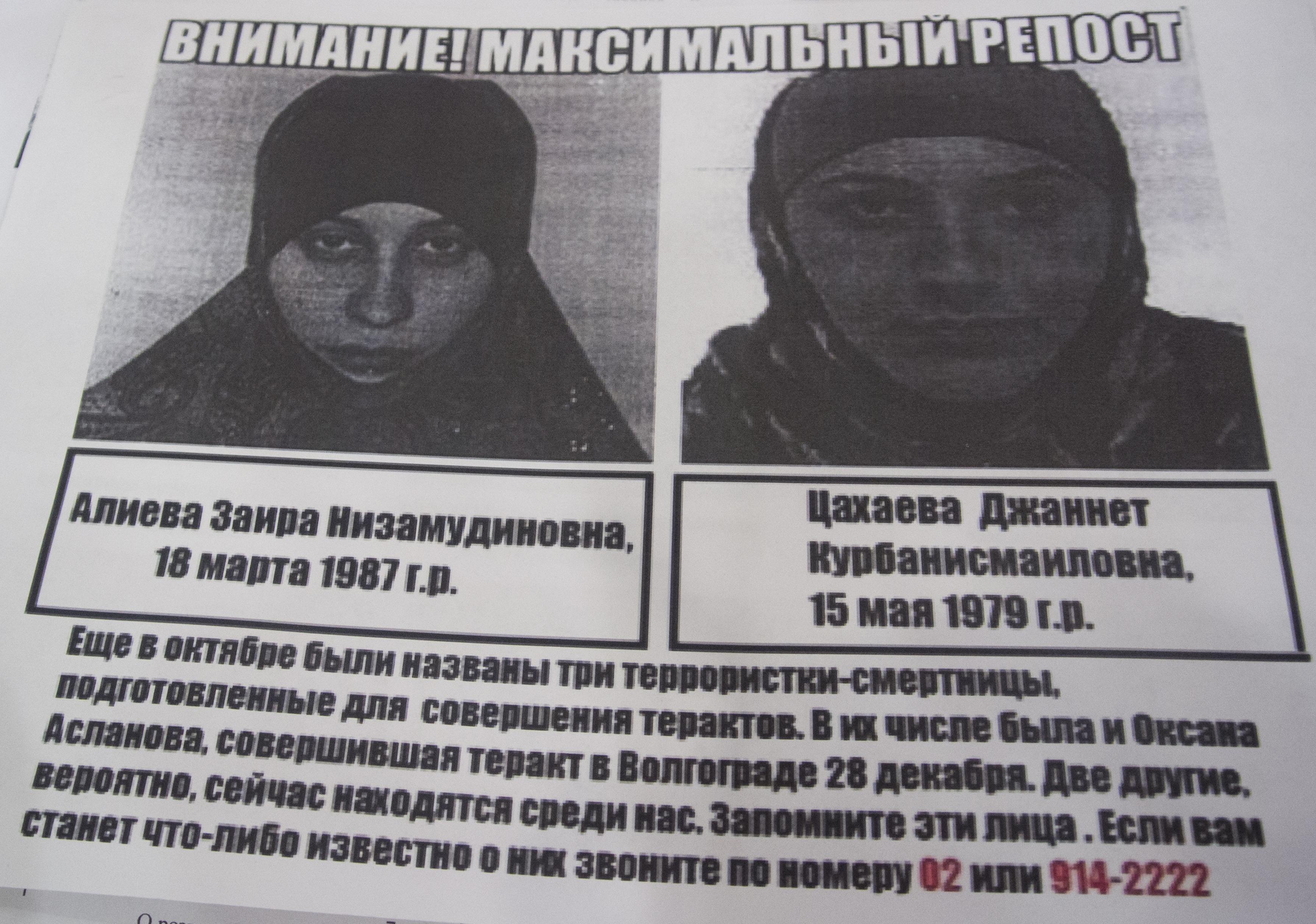 SOCHI, Russia -- Russian security officials are hunting down "several" potential female suicide bombers, one of whom is believed to be in Sochi, where the Winter Olympics will begin next month, CBS News correspondent Bob Orr reports.

CBS News has confirmed eyewitness accounts from Sochi that police have left posters and leaflets about the potential suicide bombers in the area of the Olympic venues. A police letter said that one of them, Ruzanna Ibragimova, a 22-year-old widow of an Islamic militant, was at large in Sochi.

Russian authorities have blamed the so-called "black widows" of slain insurgents for previous suicide attacks in the country.

CBS News national security analyst Juan Zarate, who worked on multiple Olympic security plans with foreign leaders, said that women will likely not fly under the radar at Sochi.

"Certain females don't attract as much security attention as certain male suicide bombers or fighters but I think now with the ramped-up security around Sochi, females are going to get just as much scrutiny as males," Zarate said.

Russian President Vladimir Putin has guaranteed safety at the Games but CBS News correspondent Bob Orr reports that other officials increasingly wary. On Monday, U.S. military sources confirmed there are plans to provide U.S. assistance in Russia if an evacuation is necessary. Orr reports that aircraft will likely on alert at European bases with two Navy ships patrolling the nearby Black Sea.

"I think what the U.S. military does almost continuously is plan for all sorts of contingencies," Myers said.

CBS News has learned the FBI will have almost 40 agents stationed throughout Russia to assist with American security.

Security officials in Sochi were not available for comment on Tuesday. The Black Sea resort town will host the games in February amid concerns about security and potential terrorist attacks.

The southern city of Volgograd was rocked by two suicide bombings in late December, which killed 34 and injured scores more. An Islamic militant group in Dagestan on Monday posted a video claiming responsibility for the bombings and threatened to strike the games in Sochi, about 300 miles west of Dagestan.

Police material distributed to the hotel staff also included pictures of two other women in veils: 26-year-old Zaira Aliyeva and 34-year-old Dzhannet Tsakhayeva. It said they had been trained "to perpetrate acts of terrorism."

It warned that the two women "are probably among us," but, unlike Ibragimova's case, did not say if they are in Sochi.

The Olympics are to be held Feb. 7-23. Russia has mounted an intense security operation in the city, but concern persists that "soft targets" outside the Olympic venues, such as buses and tourist facilities, are vulnerable to attack.