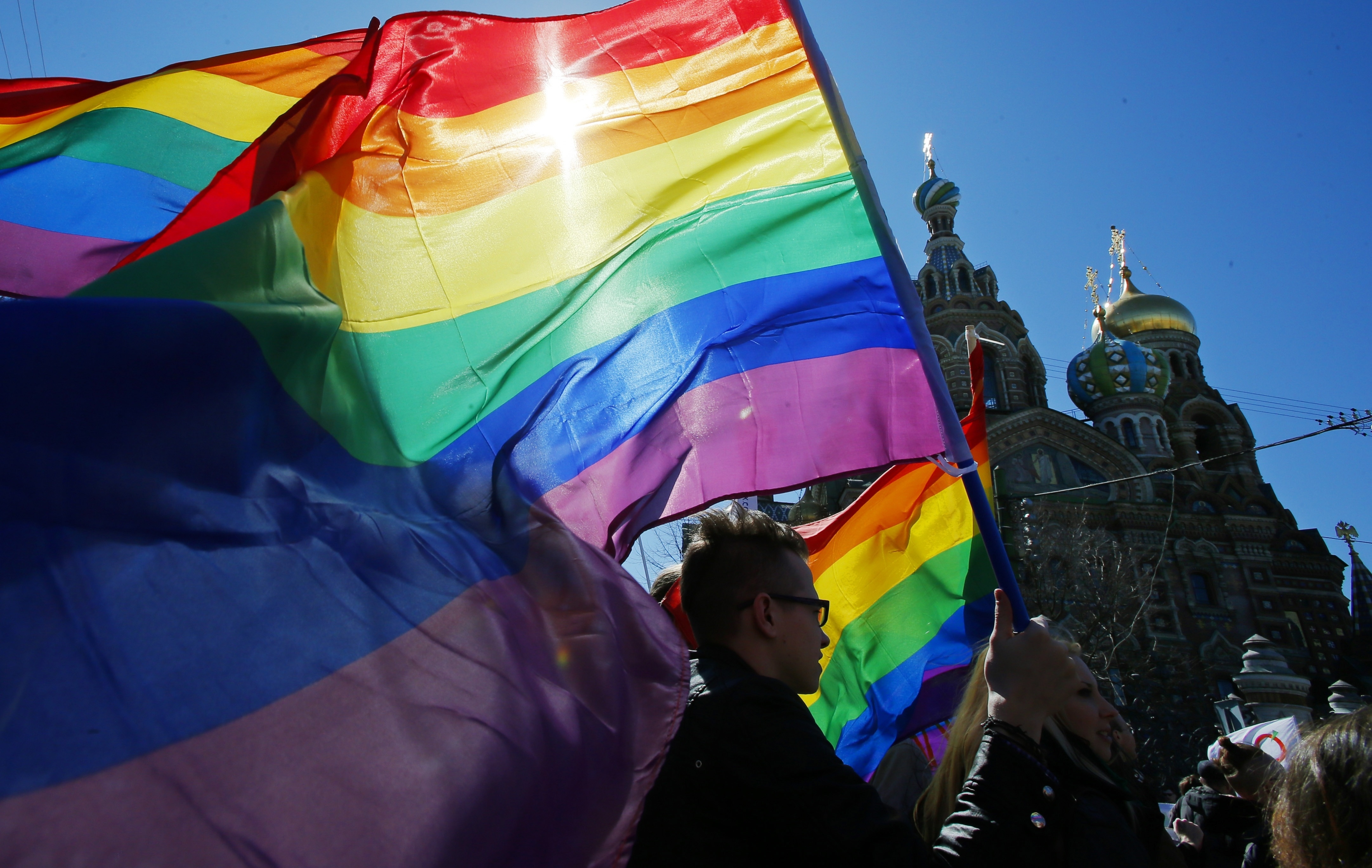 During Friday's protest, four gay activists unfurled a banner quoting the Olympic Charter's ban on any form of discrimination. The protesters, who gathered on St. Petersburg's Vasilyevsky Island, were quickly rounded up by police, according to Natalia Tsymbalova, a local lesbian, gay, bisexual and transgender activist.

The gay rights group All Out told CBS News in an emailed statement that one of the protesters arrested was associated with the organization.

“We just learned that 4 gay rights activists were arrested in St. Petersburg - including All Out's long-term contact and friend Anastasia Smirnova - for taking photos with a banner referring to Principle 6 of the Olympic Charter ‘Discrimination is incompatible with the Olympic Movement.’”

In a message posted to her Facebook account after the arrest, Smirnova, a member of the Russian LGBT Network, thanked her supporters and added: "Can't write much as phones are not permitted, and they are now calling us to sign papers. Cosmic hugs to you from our police station! PS. Detention for a photo with a banner - isn't it an amazing way to celebrate the Opening of the Games?"

A Russian law banning gay "propaganda" from reaching minors has drawn strong international criticism and calls for boycott of the Sochi Games from gay activists and others.