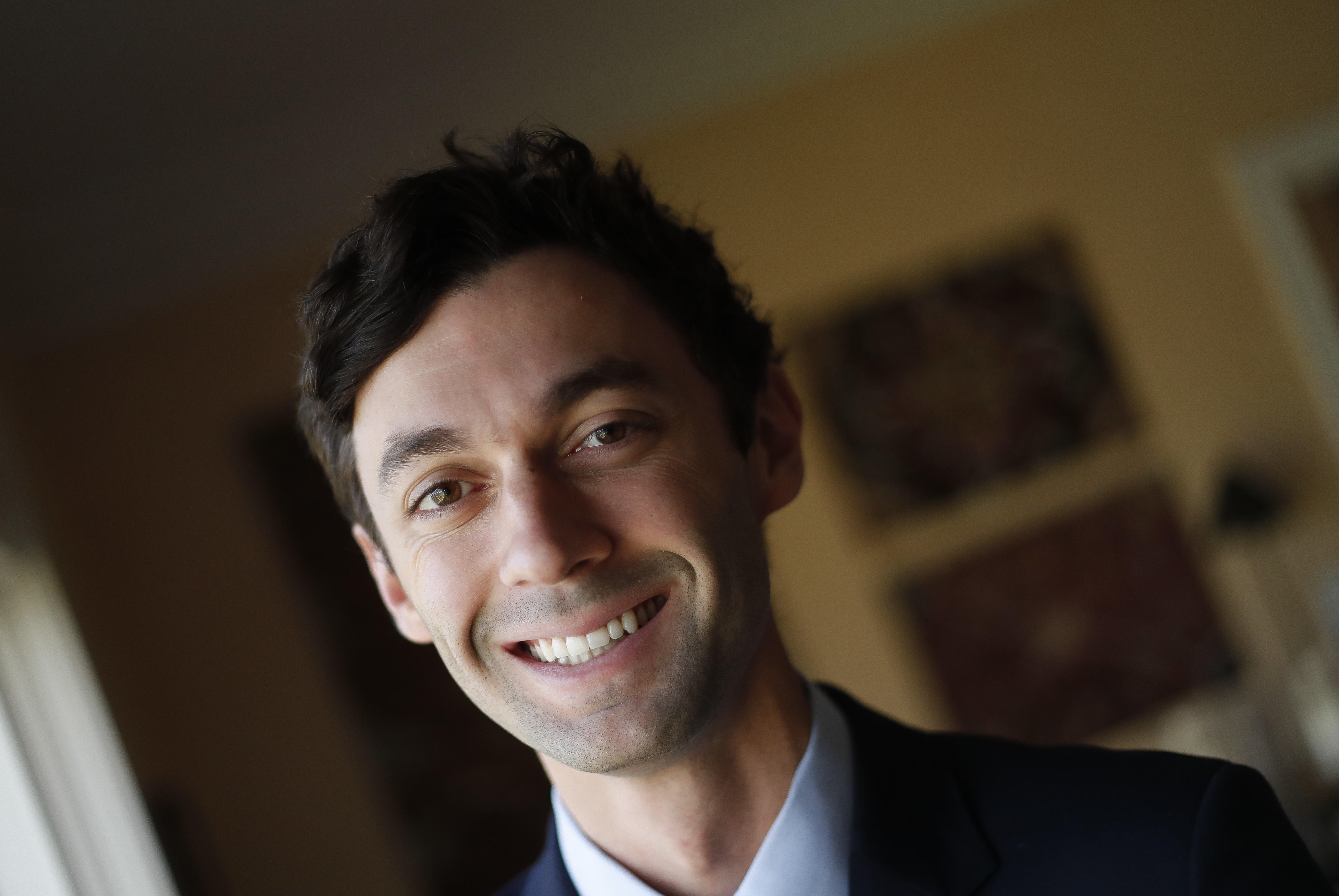 DUNWOODY, Ga. -- A narrow miss by a Democratic newcomer in a conservative Georgia House district has triggered a high-stakes runoff that could test President Donald Trump’s influence and the limits of the backlash against him.

Republican Karen Handel, a former Georgia secretary of state, lagged in a distant second, qualifying her for the runoff. Well known to voters, Handel had treated Trump gingerly in a district the president barely carried, but declared Wednesday she’d like to see him campaign for her ahead of the June 20 runoff.

“We want everybody who is supportive of Republicans, so absolutely,” Handel told The Associated Press after taking a congratulatory call from Trump on Wednesday. “We are going to be united from this point going forward.”

Trump, who attacked Ossoff in recent days as a liberal shill and mocked him for living outside of the district, crowed on Twitter about the outcome in Georgia following Democrats’ failure to win a different special election in Kansas last week.

“Dems failed in Kansas and are now failing in Georgia. Great job Karen Handel! It is now Hollywood vs. Georgia on June 20th,” Trump wrote, alluding to celebrity donors to Ossoff.

Still, the close finishes in Georgia as well as conservative Kansas underscored Democrats’ potential to capitalize on surging liberal energy following Trump’s election, even as they also pointed to the limits of how far Democrats can go in Republican-friendly districts.

The Kansas and Georgia races also serve notice that GOP candidates may struggle to handle Trump, who alienates many independents and even some Republicans. In fact, Trump arguably gave Ossoff his opening in the first place; Trump barely won the Georgia 6th in November and failed to win a majority, four years after Republican Mitt Romney got more than 60 percent of the presidential vote.

Both major parties are approaching the runoff in Georgia as an important test ahead of the 2018 midterm elections. Democrats have a long-shot chance of taking back control of the House next year and breaking the GOP’s monopoly control of Washington. But it will require picking up more than 20 seats and winning over droves of voters like those in the affluent, well-educated 6th District of Georgia.

Winning such a seat will depend on Ossoff keeping voters like Shari Springle engaged in the race. The 54-year-old organized a Facebook group, “Liberal Moms of Roswell and Cobb,” in 2015. She says it proliferated since Trump’s victory, with several members acting as precinct captains for Ossoff.

Springle’s take Wednesday was simple: “Let’s get to work.”

But she’ll run up against Handel backers like 82-year-old Bev Wingate. The Dunwoody retiree and Handel volunteer says Republicans were too cautious in the primary for fear they’d “step on toes.” Now, she says, she’s free to ask all her friends and neighbors to be “on our team.”

DuBose Porter, chairman of the Georgia Democratic Party, said the district offers the perfect setting for Democrats to prove their momentum heading into 2018. “If we can get over 50 percent in this district, we know we can do that statewide and around the country,” Porter said, mocking Republican assertions that Ossoff failed Tuesday by falling short of an outright primary victory.

“Only the Republicans could try to define this as a defeat for the Democrats,” said Porter.

At the White House, spokesman Sean Spicer tried to do exactly that. “The reaction has somewhat been, you know, that they almost won. No, they lost!” Spicer said. “They spent $8.3 million dollars and threw everything including the kitchen sink at it, and lost.”

Spicer did not mention that outside Republican groups also plowed millions into attacking Ossoff and encouraging GOP turnout; a political action committee backed by House Speaker Paul Ryan and other House GOP leaders accounted for at least $2.2 million.

As for whether Trump will campaign with Handel, Spicer said: “We’ll see if we’re needed.”

Other Republicans saw clear warning signs in Tuesday night’s outcome. GOP Rep. Tom Cole of Oklahoma, an ally of House leadership, said congressional Republicans must start showing they can lead after the failure of their health care legislation, or risk voters snatching away their majorities.

“The Democratic base is totally engaged, totally fired up, and anybody that thinks that is going to go away I think is whistling past the political graveyard,” Cole said. “The only way you fight that is ... fire up the Republican base. And to do that, strangely enough, you have to govern.”

For his part, Ossoff said for weeks his goal was to win outright, but he rejected any notion that he lost. “We have defied the odds ... shattered expectations,” Ossoff told supporters, adding that they’d “carry us to victory” in June.

The runoff victor will succeed Republican Tom Price, who resigned to join Trump’s administration as health secretary. Price won 62 percent of the vote in November, about 14 percentage points ahead of Trump’s total.

More tests await, with special elections approaching in Montana and South Carolina in May and June.