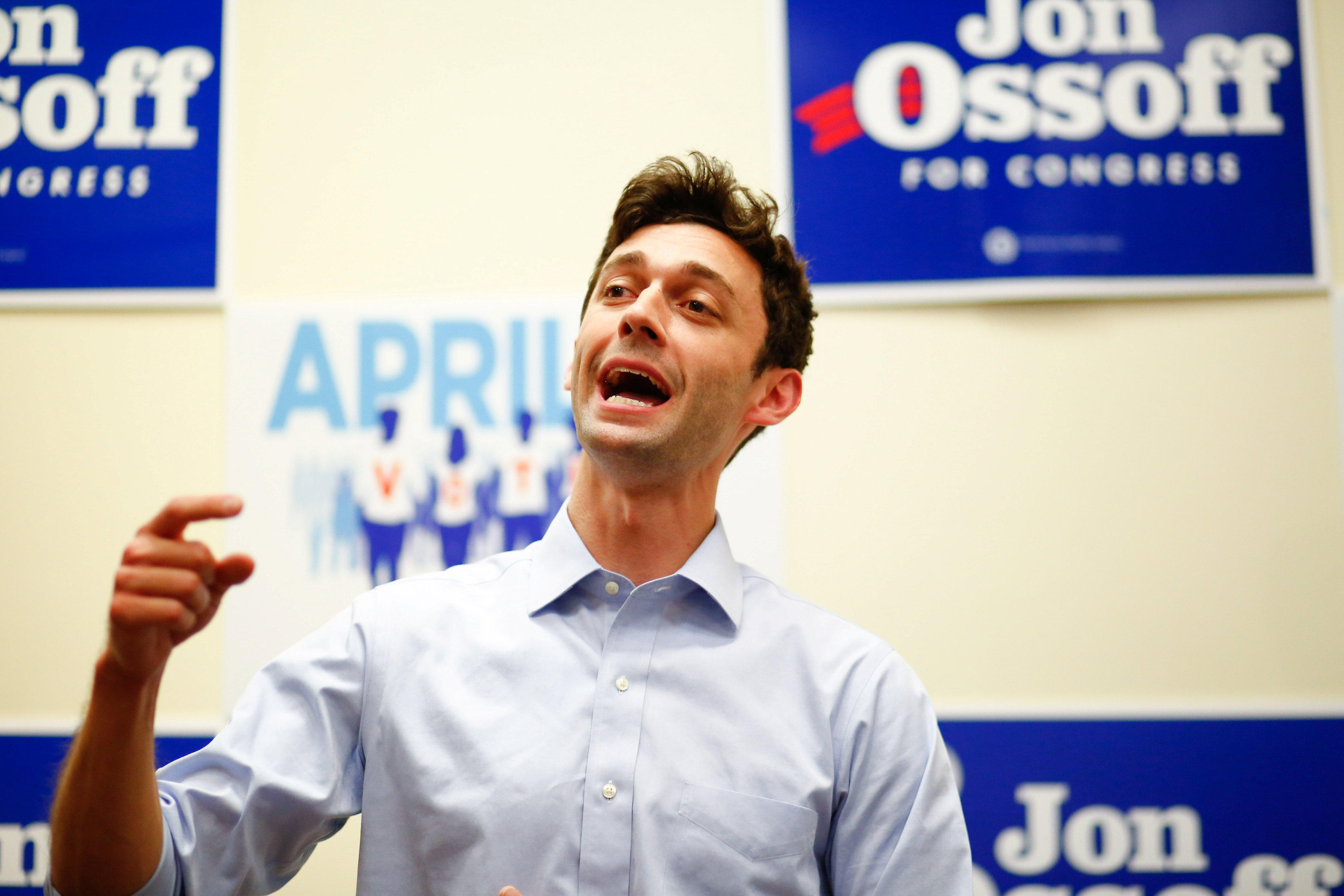 Voters in Georgia’s 6th congressional district head to the polls Tuesday to cast ballots in the special election for a longtime-held Republican seat, but there’s a chance that one of the Democrats in the race could win.

Jon Ossoff is the favorite among the five Democratic candidates vying for the seat held by Republicans since Newt Gingrich won it in 1978. There are 11 Republican candidates and 2 independent contenders. The race appears so close that President Trump recorded a robocall for Republicans that was disseminated on Monday.

Unless one candidate can get at least 50 percent of the vote on Tuesday, the top two candidates, regardless of party, will face each other in a runoff election on June 20. It’s known as a “jungle primary.”

Here are some top things to know about Ossoff:

Born in 1987, Ossoff would become the youngest member of Congress if elected. The current youngest member is Rep. Elise Stefanik, R-New York. According to Ossoff’s LinkedIn page, he graduated with a bachelor’s degree from Georgetown University’s School of Foreign Service in 2009 and he earned a master’s degree from the London School of Economics in 2013. His profile says his dissertation was on “The Political Economy of Chinese WTO Complaints against the United States.”

He helps lead a production company that investigates corrupt politicians

Since 2013, Ossoff has served as managing director and CEO of Insight TWI: The World Investigates, which “produces world-class documentary films and television” programs, according to its website. Some of its filmmakers helped on the production of the Oscar-nominated film “Blood Diamond,” starring Leonardo DiCaprio.

The Congressional Leadership Fund (CLF), a super PAC aligned with House GOP leadership, created a recent ad attacking Ossoff that features a photo of Osama bin Laden as the narrator says the network Al Jazeera -- a “mouthpiece for terrorists” -- has been paying Ossoff thousands of dollars. He had reportedly received $5,000 from the news outlet after it aired films he helped make.

Ossoff’s LinkedIn page shows he’s been involved in campaigns and politics for a while. It says he served as deputy communications director while he was an undergraduate student for Rep. Hank Johnson’s, D-Georgia, successful first congressional campaign in 2006 that unseated a 12-year congressional incumbent. After that successful bid, he worked as a legislative correspondent and system administrator to Johnson on Capitol Hill and later served as a senior legislative assistant.

He doesn’t live in the district he wants to represent

Ossoff has repeatedly addressed the criticism that he hasn’t lived in Georgia’s 6th congressional district. In an interview on CNN’s “New Day” on Tuesday morning, he was asked if it was true that he can’t vote for himself.

“Well, I grew up in this district. I grew up in this community,” he said. “No one knew there was going to be an election coming. I’ve been living with Alicia, my girlfriend of 12 years, down by Emory University where she’s a full-time medical student, and as soon as she concludes her medical training I’ll be 10 minutes back up the street into the district where I grew up. But I want to support her and her career and do right by her.”