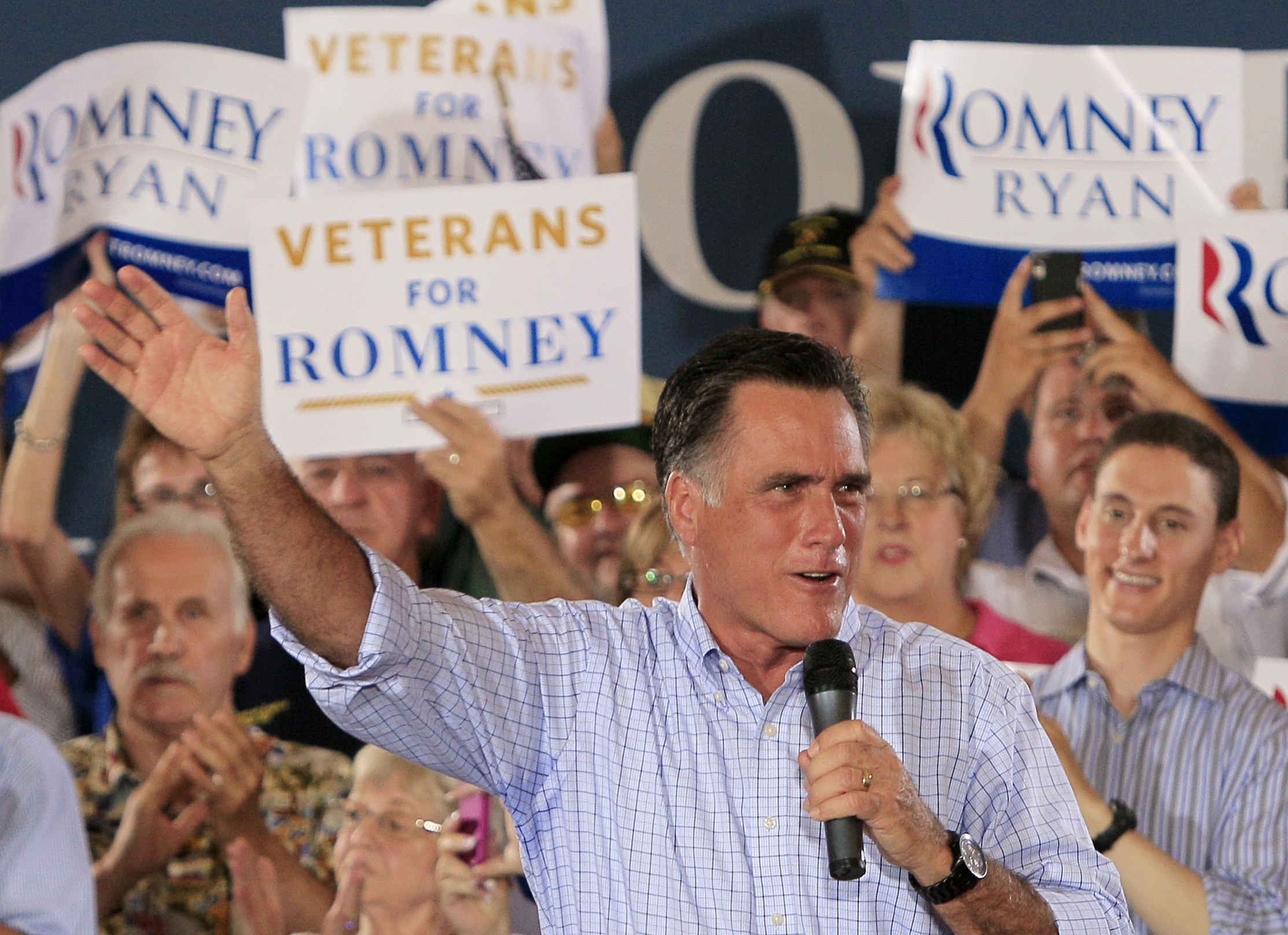 "It's not going to be as happy as ours was," Romney told an overflow group of some 500 people who could not be squeezed into the central terminal of a train station and museum where Romney held a rally with Ohio Sen. Rob Portman and House Speaker John Boehner.

Later, Romney raised several of the themes from his convention speech to the crowd of several thousand in the central terminal, arguing that President Obama had failed to deliver on promises made to the American electorate four years ago.

"He made a lot of promises and I noted that he didn't keep a lot of promises," Romney said. "One of the promises that he made was that he was going to create more jobs and today 23 million people are out of work or stopped looking for work or underemployed. "

On the day when college football kicked off around the country, Romney compared the president's record to that of a sports coach. "If you have a coach that is zero and 23 million, you say it's time to get a new coach," he said to loud applause. "It's time for America to see a winning season again and we're going to bring it to them."

Romney's running mate, Paul Ryan, also campaigned in Ohio, attending the season opener of his alma mater - Miami University of Ohio - against the Ohio State Buckeyes. The pair will reunite Saturday evening for a rally in Jacksonville, Fla.