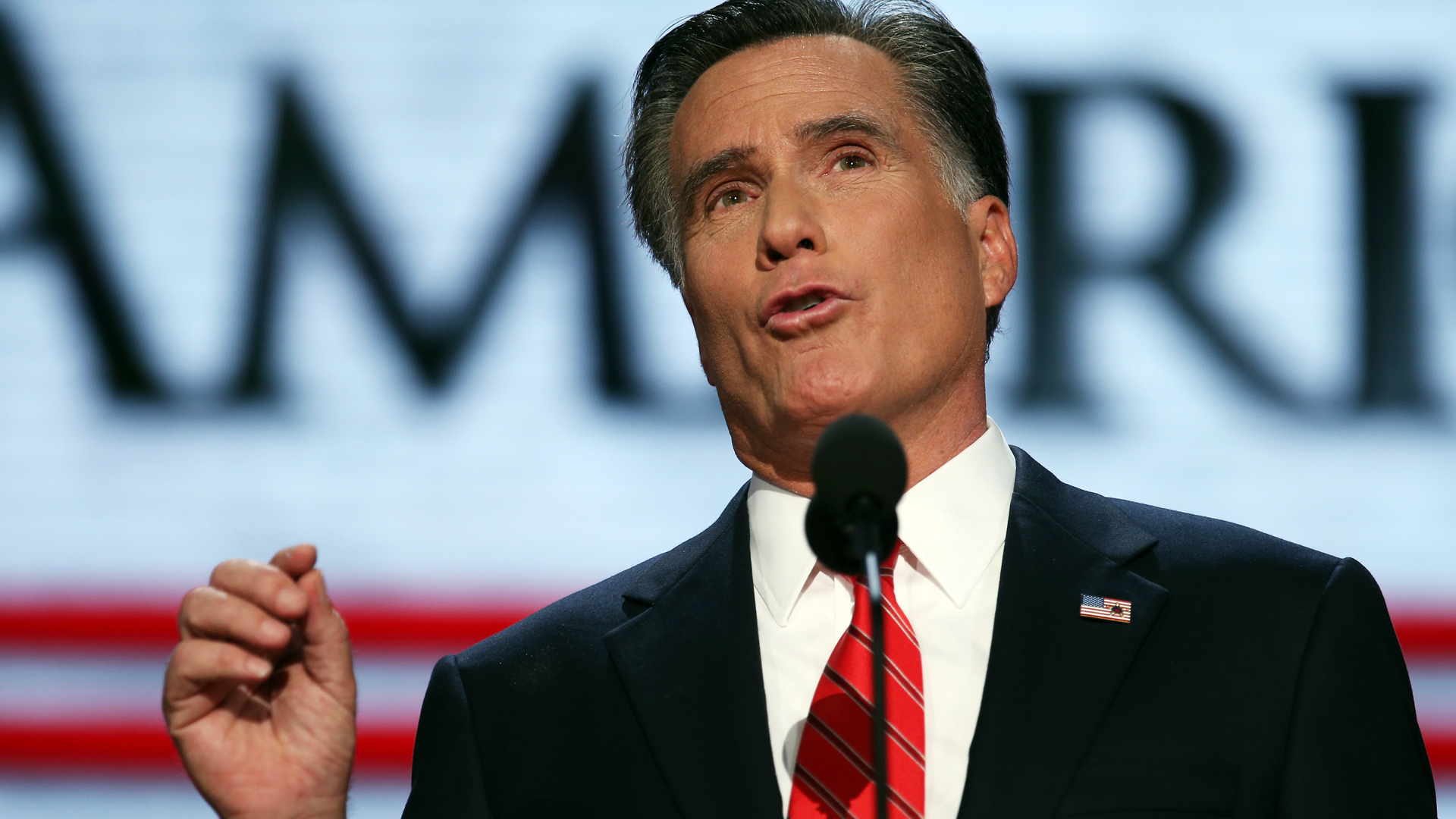 (CBS News) TAMPA, Fla. -- Mitt Romney's convention acceptance speech Thursday night did not contain the sort of questionable assertions that had fact checkers working overtimefollowing Paul Ryan's speech on Wednesday night. But that doesn't mean there weren't a number of comments that deserve a closer look. Below, our take:

"I will begin my presidency with a jobs tour. President Obama began with an apology tour."

This one is easy: Romney has claimed over and over that President Obama has been traveling the world apologizing for America. As we detailed earlier this month, it's an unfair claim. The president has certainly at times suggested America is not perfect. But Romney uses out of context comments to support his claims - pointing to Mr. Obama's statement that America hasn't always appreciated Europe, for example, but leaving out the next line in which Mr. Obama says Europe should answer for its anti-Americanism.

"Unlike President Obama, I will not raise taxes on the middle class."

There are two problems with this claim. The first is that Mr. Obama has not raised taxes on the middle class. Certainly, there are a small percentage of Americans who could see some form of a tax increase as a result of the health care law - if you consider the individual mandate a tax. (Though Republican claims on the front are overstated.) The president has actually signed into law a number of tax cuts, including the payroll tax cut and the Making Work Pay tax credit.

The second problem is that, according to the nonpartisan Tax Policy Center, Romney's tax plan would increase the tax burden on middle- and low-income Americans if it is to be revenue neutral, as Romney promises. Romney has not detailed some of the specifics of the plan, but the study reached this conclusion even by assuming he will first eliminate deductions and loopholes for the wealthiest Americans.

"His trillion-dollar cuts to our military will eliminate hundreds of thousands of jobs, and also put our security at greater risk."

This claim is tied to the fact that the defense budget is facing $500 billion in cuts at the end of the year. As part of an agreement between Congressional Republicans and Democrats, the cuts are set to go into effect (along with roughly equal cuts to domestic programs) in January - unless lawmakers can agree on an alternate way to cut spending. It is not correct to call those "his" cuts, in reference to the president.

"His $716 billion cut to Medicare to finance Obamacare will both hurt today's seniors, and depress innovation - and jobs - in medicine."

As CBS News explainedearlier this month, these "cuts" - actually reductions in future Medicare spending - are to providers, not Medicare recipients. And they extend the life of the Medicare program - which is perhaps why Ryan, Romney's running mate, included them in his own budget plan.

"Today more Americans wake up in poverty than ever before."

This one's true, but misleading. As Factcheck.org points out, the reason that there are more Americans in poverty than ever is because there are more Americans than ever. The poverty rate - a far fairer gauge of poverty under the president - was 15.1 percent in 2010. That's the highest since 1993, and it's nothing to be proud of. But it's 7.3 percentage points lower than the 1959 poverty rate.

"The centerpiece of the President's entire re-election campaign is attacking success."

Romney didn't explain what he meant by this, but it's presumably a reference to the president's "you didn't build that" comment that Republicans repeatedly referenced throughout the convention. As CBS News and many other media outlets have pointed out, the criticism of the president over the comment depends on removing it from context: It came as part of a larger point about getting "help" on the path to being successful. The "that" in the full comment appears to have been a reference to roads and bridges.

This sounds ambitious - but it's not impossible. To do this in his first term, as Romney promises, would require creating 250,000 jobs per month for four years. In July, the economy added 163,000 jobs. There are not signs that that number will shoot up by 100,000 jobs per month anytime soon, but the economy has gone through periods of such job creation, most recently during the Clinton administration. And as the Washington Post points out, Moody's Analytics predicts 12 million jobs by 2016, no matter who sits in the Oval Office. Romney says he'll get there through spending cuts and lower taxes.

Romney: Time to put Obama behind us