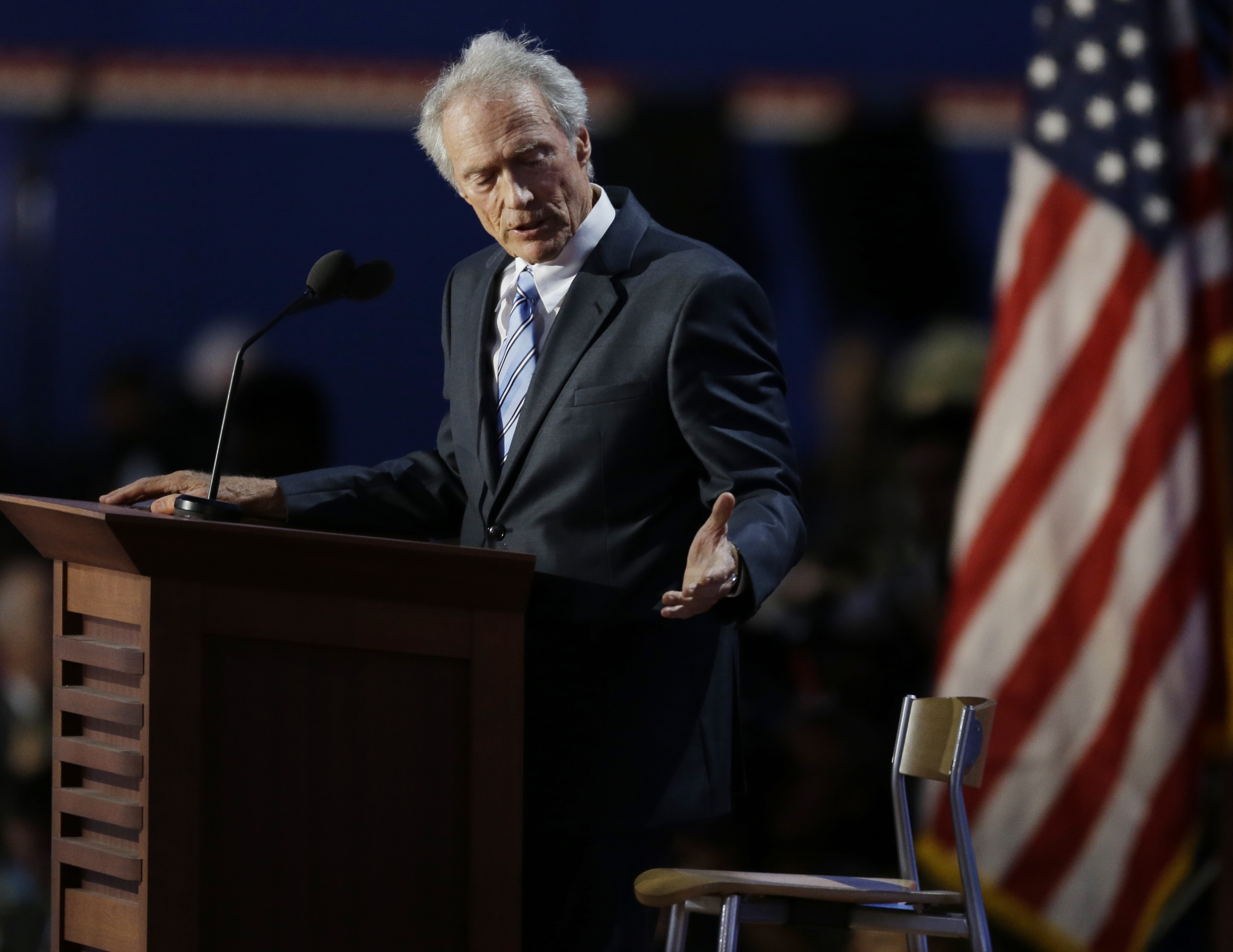 (CBS News) At last week's carefully-planned Republican National Convention, it was Clint Eastwood's convention "surprise" speech that many viewers considered the event's main highlight, according to a new poll by the Pew Research Center.

According to the survey, conducted from August 31 to September 3, 20 percent of people who watched at least a little of the convention coverage cited Eastwood as the convention highlight - whereas 17 percent pointed to Romney.

Eastwood, who spoke directly before Mitt Romney on the convention's final night, attracted some raised eyebrows after delivering his speech, during which he addressed an empty chair meant to symbolize President Obama and spoke several minutes longer than planned..

The Romney campaign defended Eastwood in the following days, but some wondered if Eastwood's remarks might have taken away from the nominee's address.

According to Pew, viewers certainly paid attention to Eastwood's speech.

While more Republicans ranked Romney as the convention highlight than they did Eastwood, at 25 percent to 19 percent, only 15 percent named vice presidential nominee Paul Ryan's speech as the highlight, and 13 percent said the same of Ann Romney's speech.

Forty percent of Democrats said there was no highlight at all, and 20 percent of viewers overall said the same thing.

According to Pew, the public tuned in less to the GOP convention this year than in 2008. Only 37 percent of respondents said they watched all or some of the convention, a drop from 56 percent in 2008.