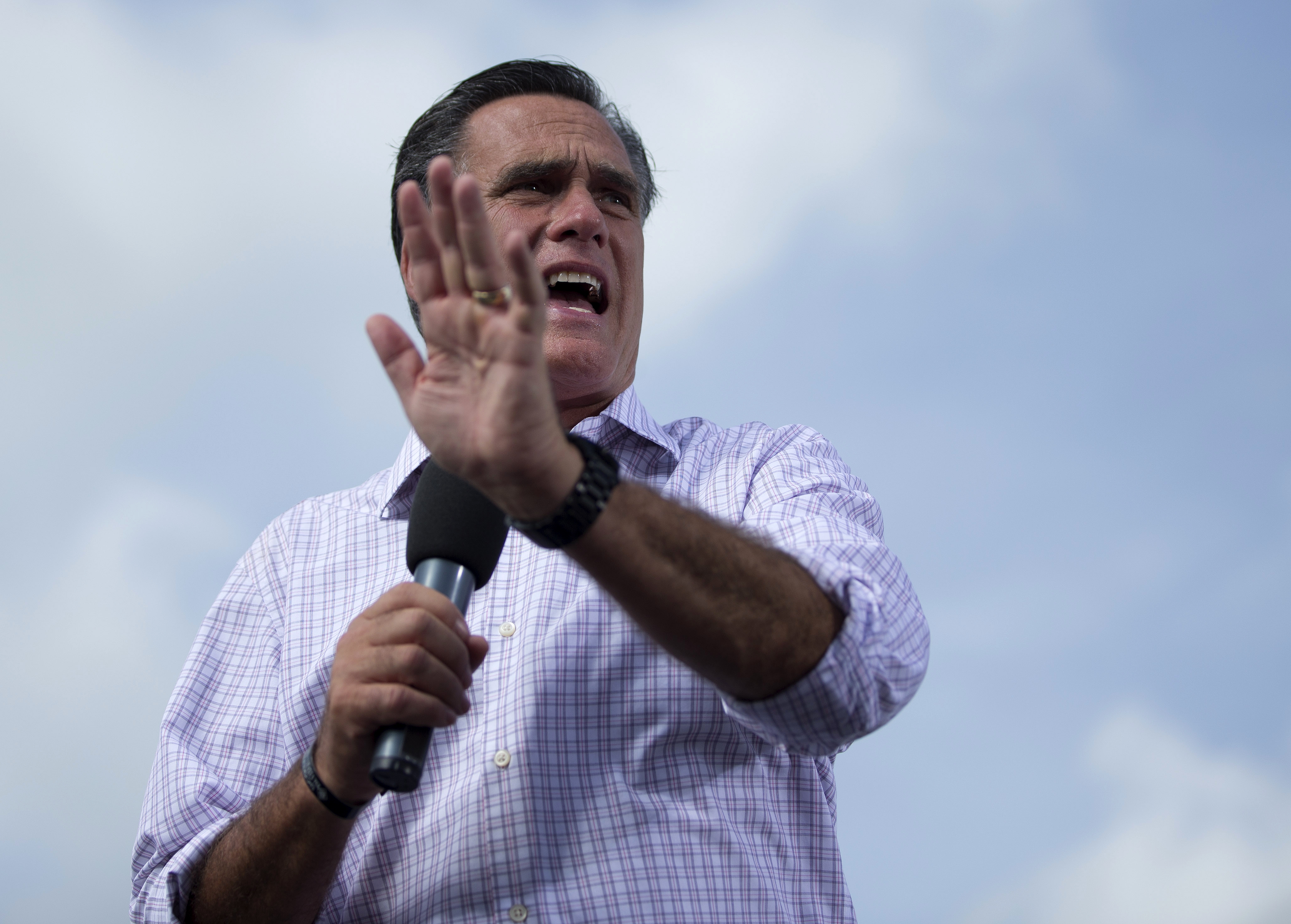 (CBS News) LAKELAND, Fla. - In his first public appearance since his Republican National Convention speech, Mitt Romney on Friday challenged the American electorate to hold him accountable for his campaign promises, repeating his argument that President Obama hasn't lived up to the goals he set while first running for office.

"We've laid out, you've heard it many times, a five-point plan to get this country going," Romney said to a crowd of more than 1,000 people gathered at a Florida airport to see the newly minted GOP nominees for president and vice president. "We're going to go after these things. Measure us. Hold us accountable. Do the same with the president."

Romney asked to be held accountable no less than three times during his brief remarks to the crowd.

"We want to be held accountable for the promises we made last night, and the night before," Romney said. "Paul Ryan and I both spoke to the American people about what we'll do if we become president and vice president. And I contrast that with what the president said. Four years ago, when he was candidate Barack Obama, he got up [in 2008] and made a number of promises in Denver with the Greek columns behind him."

Obama has failed to follow through on his promises, Romney argued: "And the reason for that is not that he wasn't trying, in my view. It's that he was pulling in the wrong direction."

Romney told the crowd he'd been slightly embarrassed by some of the stories told about his generosity by friends and members of his church who spoke on his behalf at the convention.

"Last night you got to know me a little better with some friends that talked about my life, the things that have been part of my life in the past," he said. "I talked to you a little bit about my family and I was embarrassed from time to time with the nice things that were said. Some people were overly generous, but I appreciated it."

Ryan, meanwhile, praised his running mate's acceptance speech as a personal introduction that "brought us into his family." He was quick to pick up his role as attack dog, framing the next two months of campaigning as an opportunity for voters to choose a new path and seek leadership he said Obama has failed to provide.

"Coming out of Tampa, we have given our fellow countrymen a very clear choice," Ryan said. "We can either stay on the path that America has been placed upon by President Obama, a path of debt, a path of doubt, a path of decline, or we can get people back to work, we can restart growth in this economy and opportunity in our society."

Ryan opened his speech by asking the audience to pray for the victims of both an earthquake in the Philippines and Hurricane Isaac.