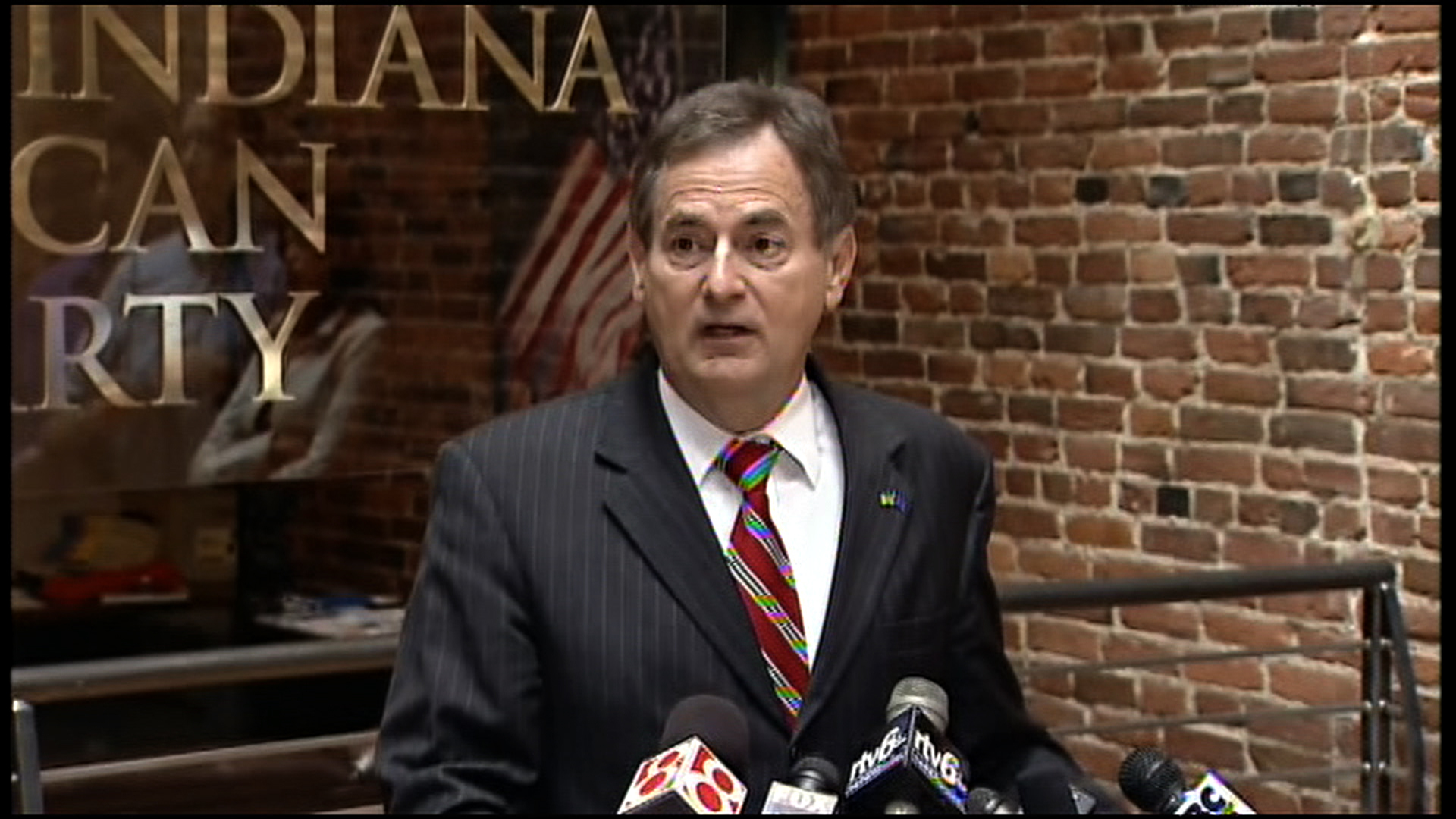 Amid ongoing controversy surrounding Indiana Republican Senate candidate Richard Mourdock's comments about pregnancies resulting from rape, the Romney campaign said today it will stand by the candidate, even while Mitt Romney "disagrees" with him regarding abortion policy.

Mourdock, a Tea Party-backed candidate who beat longtime moderate Sen. Richard Lugar in the state's Republican nominating contest earlier this year, came under fire from the left last night after suggesting that pregnancies resulting from rape are "something that God intended to happen."

"I struggled with it myself for a long time, but I came to realize life is that gift from God," Mourdock said in a Tuesday night debate with his Democratic rival, Rep. Joe Donnelly, in a debate. "And I think even when life begins in that horrible situation of rape, that it is something that God intended to happen."

The Romney campaign immediately distanced itself from Mourdock's comments, and stressed that Romney's position on abortion - he supports exceptions in cases of rape, incest and when the mother's life is in danger - differs from that of Mourdock. Mourdock supports exceptions for abortion only when the mother's life is in danger, the same position that many conservatives, including Romney's vice presidential nominee, Paul Ryan, also espouse.

"Gov. Romney disagrees with Richard Mourdock, and Mr. Mourdock's comments do not reflect Gov. Romney's views. We disagree on the policy regarding exceptions for rape and incest but still support him," said Romney spokesperson Andrea Saul.

Romney, who has endorsed Mourdock, recently appeared in a TV ad on his behalf. According to the Campaign Media Analysis Group (CMAG), as of yesterday morning, the ad had aired 102 times in Indiana over the past week. Both Romney and Ryan have stumped with the Senate candidate in recent months.

Mourdock attempted to clarify his comments in a press conference Wednesday morning, emphasizing "regret" that his comments were misinterpreted but standing by the essential nature of his remarks.

He also said that the Romney ads were still airing around the state.

The Obama campaign was quick to pounce on Mourdock's comments as "demeaning to women," and Democratic groups released a flurry of statements and videos seeking to tie Romney to the issue.

"The President felt those comments were outrageous and demeaning to women," said Jen Psaki, the Obama campaign's traveling press secretary. "This is a reminder that a Republican Congress working with a Republican president, Mitt Romney, would feel that women should not be able to make choices about their own health care. And this is an issue where Mitt Romney is starring in an ad for this senator. And it is perplexing that he wouldn't demand to have that ad taken down."

She argued that the comments were evidence that "many Republicans who are running for office, including him -- including Mr. Mourdock -- have very extreme positions on issues that women care deeply about in this country, and that if they have the opportunity to be partners in the White House and in the Senate, that that's something women should have and will have concern about as they're going to the voting booths."

Invoking the name of Todd Akin, another Republican Senate candidate who has come under fire for making comments about rape and pregnancy, David Axelrod on Wednesday cited Mourdock's comments as evidence of what he cast as the GOP's extremism: "Mitt's man Mourdock apes Akin in Indiana debate, reflecting a GOP that is way out of mainstream," he wrote on Twitter.

In the immediate aftermath of the controversy, the National Republican Senatorial Committee (NRSC) expressed its continued support for the candidate, who is locked in a tight race with Donnelly for Lugar's seat. Donnelly is also pro-life, though he supports allowing abortion in cases of rape and incest as well as to protect a mother's life.

"Richard and I, along with millions of Americans - including even Joe Donnelly - believe that life is a gift from God," said Sen. John Cornyn, chair of the NRSC. "To try and construe his words as anything other than a restatement of that belief is irresponsible and ridiculous. In fact, rather than condemning him for his position, as some in his party have when it's come to Republicans, I commend Congressman Donnelly for his support of life."

Sen. Mike Pence, R-Ind., however, this morning called on Mourdock to apologize.

"I strongly disagree with the statement made by Richard Mourdock during last night's Senate debate. I urge him to apologize," he said in a statement.

The Democratic Senatorial Campaign Committee, meanwhile, announced that it, along with the Majority Pac, booked another $1.6 million worth of ad spending in the state on Tuesday.