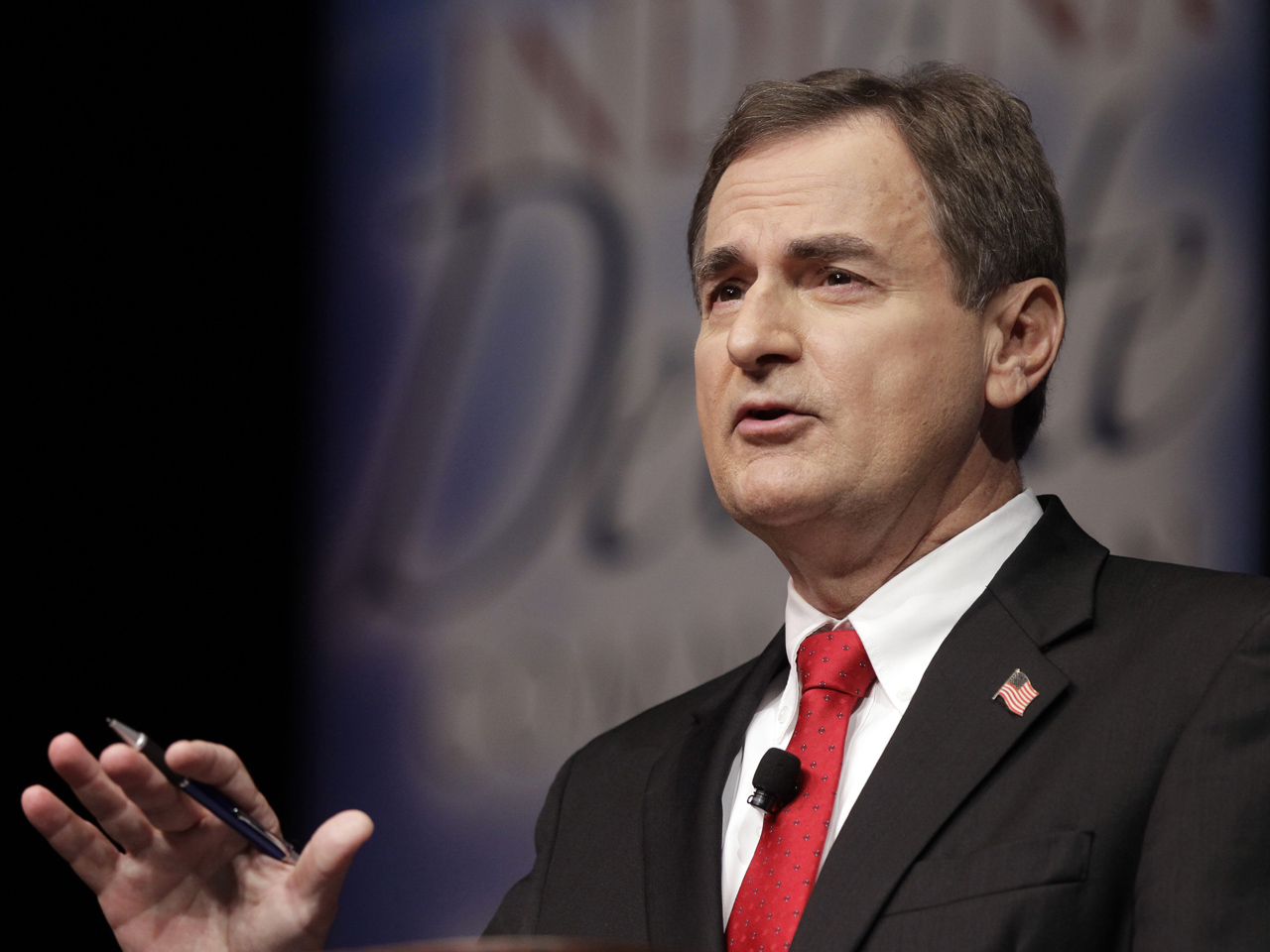 In a Tuesday night debate with his Democratic rival and a Libertarian candidate for one of Indiana's U.S. Senate seats, Republican candidate Richard Mourdock suggested that pregnancies resulting from rape are "something that God intended to happen," despite the "horrible situation" from which they derived.

Mourdock, a Tea Party-backed candidate who beat longtime moderate Senator Richard Lugar in the state's Republican nominating contest earlier this year, expressed his view that "life begins at conception" and that he would only allow abortions in circumstances in which the mother's life was in danger.

"I struggled with it myself for a long time, but I came to realize life is that gift from God," Mourdock said. "And I think even when life begins in that horrible situation of rape, that it is something that God intended to happen."

Democrats immediately pounced on his comments, and Donnelly -- who is also pro-life but who supports exceptions for rape and incest -- released a statement questioning the notion that God would "intend for rape to happen."

"The God I believe in and the God I know most Hoosiers believe in, does not intend for rape to happen -- ever," Donnelly said. "What Mr. Mourdock said is shocking, and it is stunning that he would be so disrespectful to survivors of rape."

Mourdock, seeking to clarify his comments in a press conference following the debate, said he had intended to say that "God creates life," and that any interpretation of his comments to mean God "pre-ordained rape" were "sick" and "twisted."

While to the right on Lugar with regard to issues relating both to reproductive rights and others, Mourdock's stance on abortion is hardly an anomaly in the Republican party. His comments echo similar remarks made by former Republican presidential candidate Rick Santorum, a staunch pro-life social conservative, while he was still in the midst of a bid for the White House.

"I think the right approach is to accept this horribly created -- in the sense of rape -- but nevertheless a gift in a very broken way, the gift of human life, and accept what God has given to you," Santorum told CNN's Piers Morgan in January. "We have to make the best of a bad situation."

At the GOP convention in Tampa this year, the party approved a platform with language calling for a constitutional amendment banning abortion. The language, which is the same as in the party's 2004 and 2008 platform, did not provide exceptions for victims of rape or incest, or to save the life of the mother.

Akin's comments were roundly decried by Democrats and Republicans alike, and a spokesperson for the Romney campaign said that Romney and Ryan "disagree" with Akin's statement.

Romney, who has endorsed Mourdock, recently appeared in a campaign video on behalf of Mourdock, and campaigned with him in Evansville, Indiana, on Aug. 4. Paul Ryan, who, like Mourdock, opposes all abortions except to save the life of the mother, appeared at an open press funder with him on Sept. 17. Romney opposes abortion with exceptions for the victims of rape and incest and if the life of the mother is at risk.

In a statement released Tuesday night, Romney spokesperson Andrea Saul said Mourdock's remarks were not in line with Romney's views.

"Gov. Romney disagrees with Richard Mourdock's comments, and they do not reflect his views," Saul said.