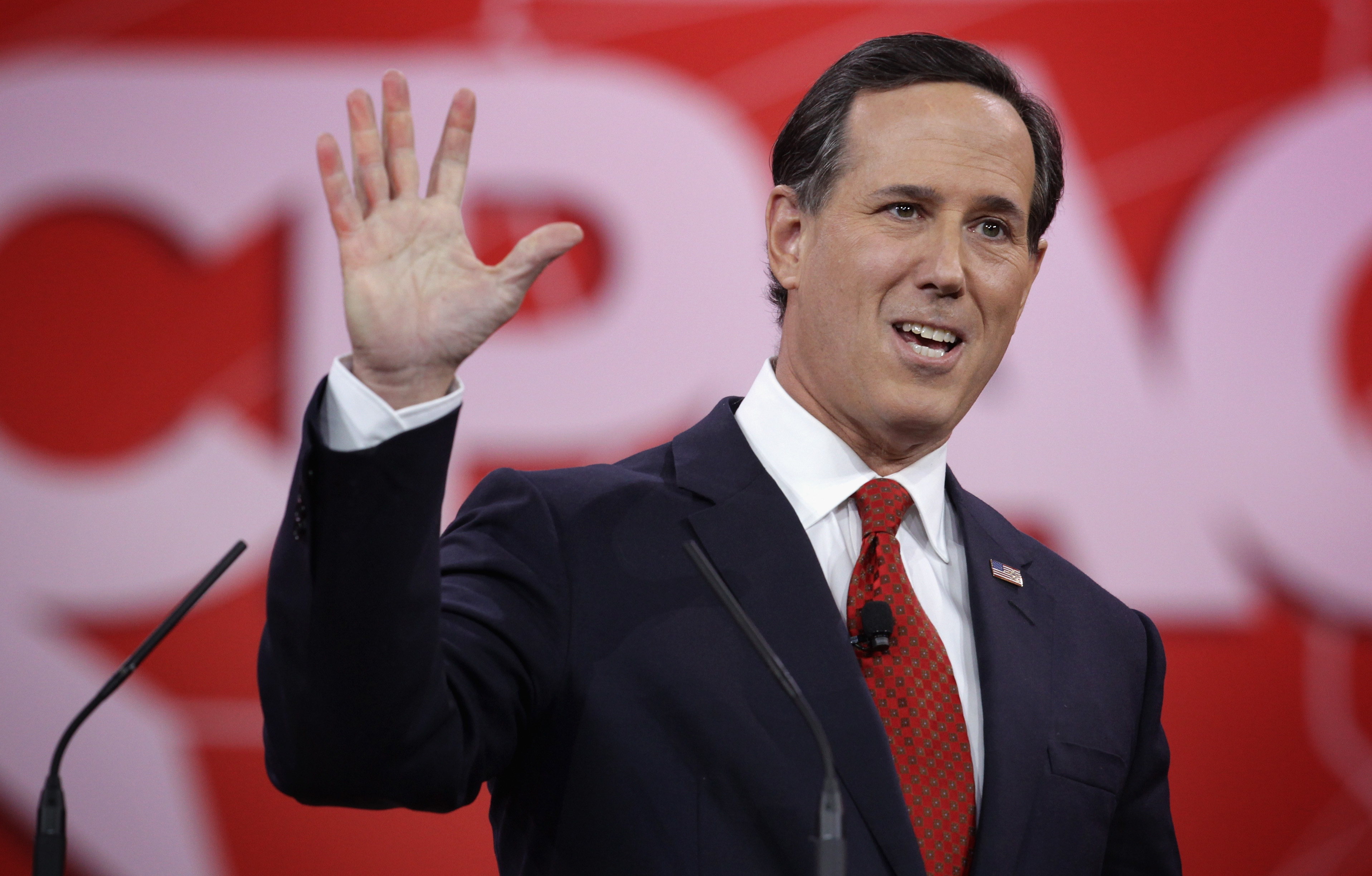 "He's a tremendously gifted young man, and he's a leader, he's a born leader," Santorum said to Greta Van Susteren on Fox News Wednesday evening. "He is the new generation and someone that can bring this country together, not just moderates and conservatives, but young and old."

Santorum said that he, along with his family and friends, "wanted to find a candidate that really espoused the values that we believed in... who had really focused their campaign on trying to help... the 74 percent of Americans who don't have a college degree." Additionally, Santorum said he was looking for a candidate "someone who has a real understanding of the threat of ISIS."

The news comes after Santorum finished in last place at Monday's Iowa caucus, earning just one percent of support. He trailed behind a four-way tie of sixth-place finishers: Rivals Carly Fiorina, John Kasich, Mike Huckabee, and Chris Christie all came in at just two percent. Santorum was not awarded any delegates from the state.

During his last presidential run in 2012, Santorum pulled off a first-place victory in Iowa, going on to compete in the race through April of that year and finishing second to GOP nominee Mitt Romney.

Santorum, a former Pennsylvania lawmaker who has not served in public office since 2007, faced an uphill battle this presidential election cycle.

His flagging poll numbers, especially in early-voting states, meant that Santorum only ever participated on the second-tier stage during Republican primary debates.

After competing in the last GOP undercard debate in January, just days before the Iowa caucuses, Santorum joined Donald Trump at the veterans fundraising event he hosted instead of participating in Fox News' prime time debate.

Trump also made an appearance on "On the Record" with Greta Van Susteren Wednesday evening, and there was reason to suspect he could have won Santorum's endorsement.

Santorum, a staunch social conservative who has run as a populist, has agreed with several of Trump's controversial policy proposals. Last year, Santorum applauded his rival's tough stance on immigration, telling CBS' "Face the Nation" that while he didn't appreciate Trump's derogatory remarks about Mexican immigrants rapists, "I like the fact that he is focused on a very important issue for American workers."

And like Trump, Santorum also proposed ending birthright citizenship for the children of undocumented immigrants.

However, Santorum said that Rubio shares his values. Along with winning Santorum's support, Rubio could benefit financially from this development. CBS News' Major Garrett reports that Rubio's team has been steadily but very patiently courting Santorum's top financial backer, ‎Foster Friess. The two have met privately during the campaign in hopes of creating an alliance when Santorum dropped out.

Santorum joins other two other Republicans who declared a suspension of their campaigns after the Iowa caucuses -- former Arkansas Gov. Mike Huckabee, who dropped out late Monday night, and Kentucky Sen. Rand Paul, who announced his decision Wednesday morning.