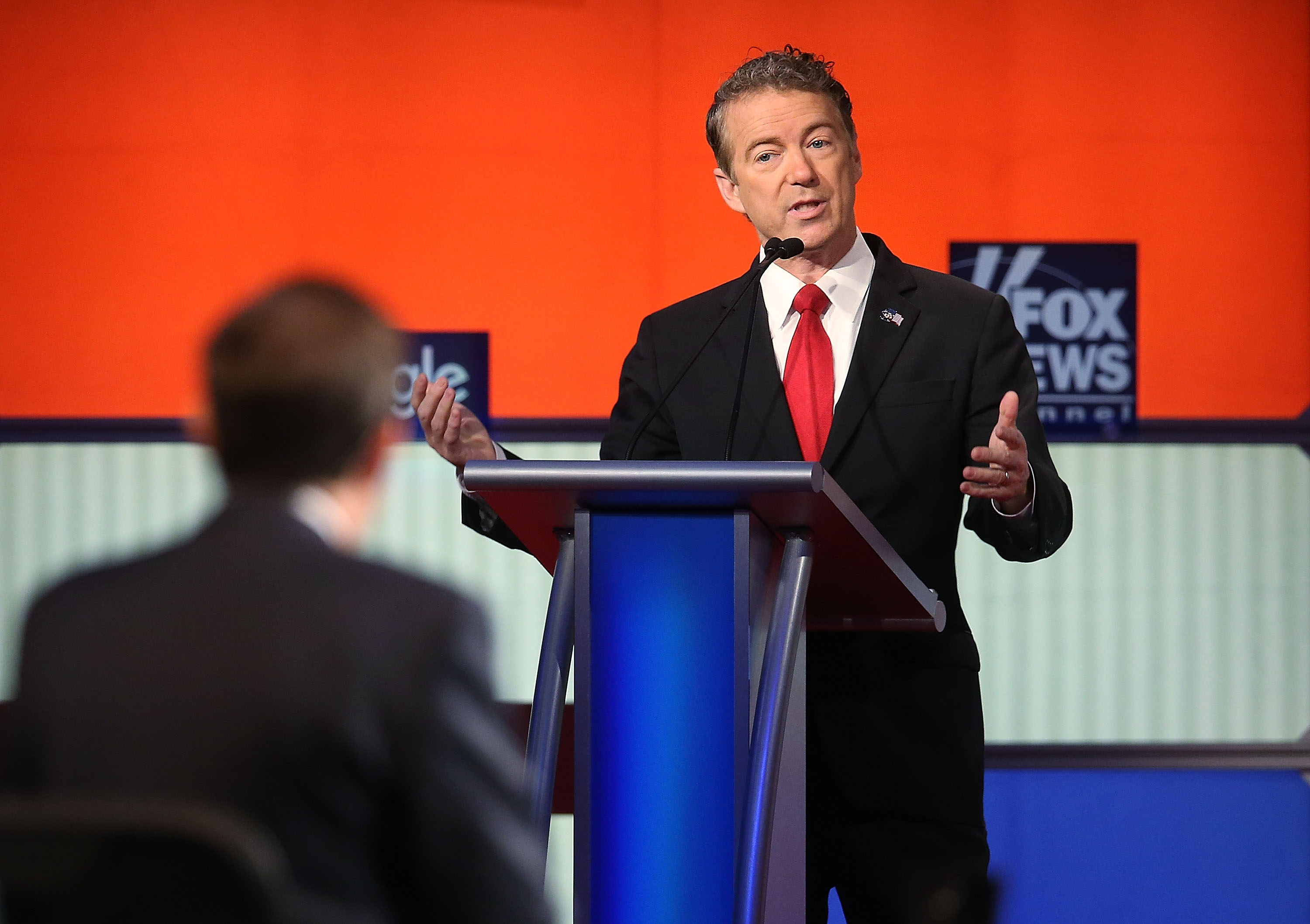 Kentucky Sen. Rand Paul is dropping out of the 2016 presidential race, according to a campaign statement released early Wednesday.

"It's been an incredible honor to run a principled campaign for the White House. Today, I will end where I began, ready and willing to fight for the cause of Liberty," Paul said in a statement. "Although, today I will suspend my campaign for President, the fight is far from over. I will continue to carry the torch for Liberty in the United States Senate and I look forward to earning the privilege to represent the people of Kentucky for another term."

Paul is the latest candidate to announce his withdrawal from the race after results from Iowa's caucuses filtered in Monday. On the Republican side, former Arkansas Gov. Mike Huckabee dropped out Monday night, just two hours after the caucuses began. And on the Democratic side, former Maryland Gov. Martin O'Malley suspended his campaign as well.

On Monday, Paul finished in fifth place in the Iowa caucuses with just 5 percent of the vote, earning him just one delegate from the state. He trailed Texas Sen. Ted Cruz, Donald Trump, Florida Sen. Marco Rubio, and former neurosurgeon Ben Carson.

In New Hampshire -- the nation's first primary and the next nominating contest in the Republican race to the White House -- Paul was polling at just three percent, according to CBS News' battleground tracker survey released last month.

The Kentucky Republican based his 2016 campaign on libertarian ideals, with criminal justice reform and protections against government surveillance serving as corner stones of his presidential platform.

His father Ron Paul, a former Texas congressman and another staunch libertarian, is credited with helping to spread the tea party movement. The elder Paul also ran as a Republican presidential candidate in 2012, finishing third in the Iowa caucuses before dropping out of the race in May of that year.

The Kentucky senator "will not be endorsing anyone at this time," a Paul spokesperson told CBS News.

Rand Paul intends to continue with his U.S. Senate campaign in Kentucky.