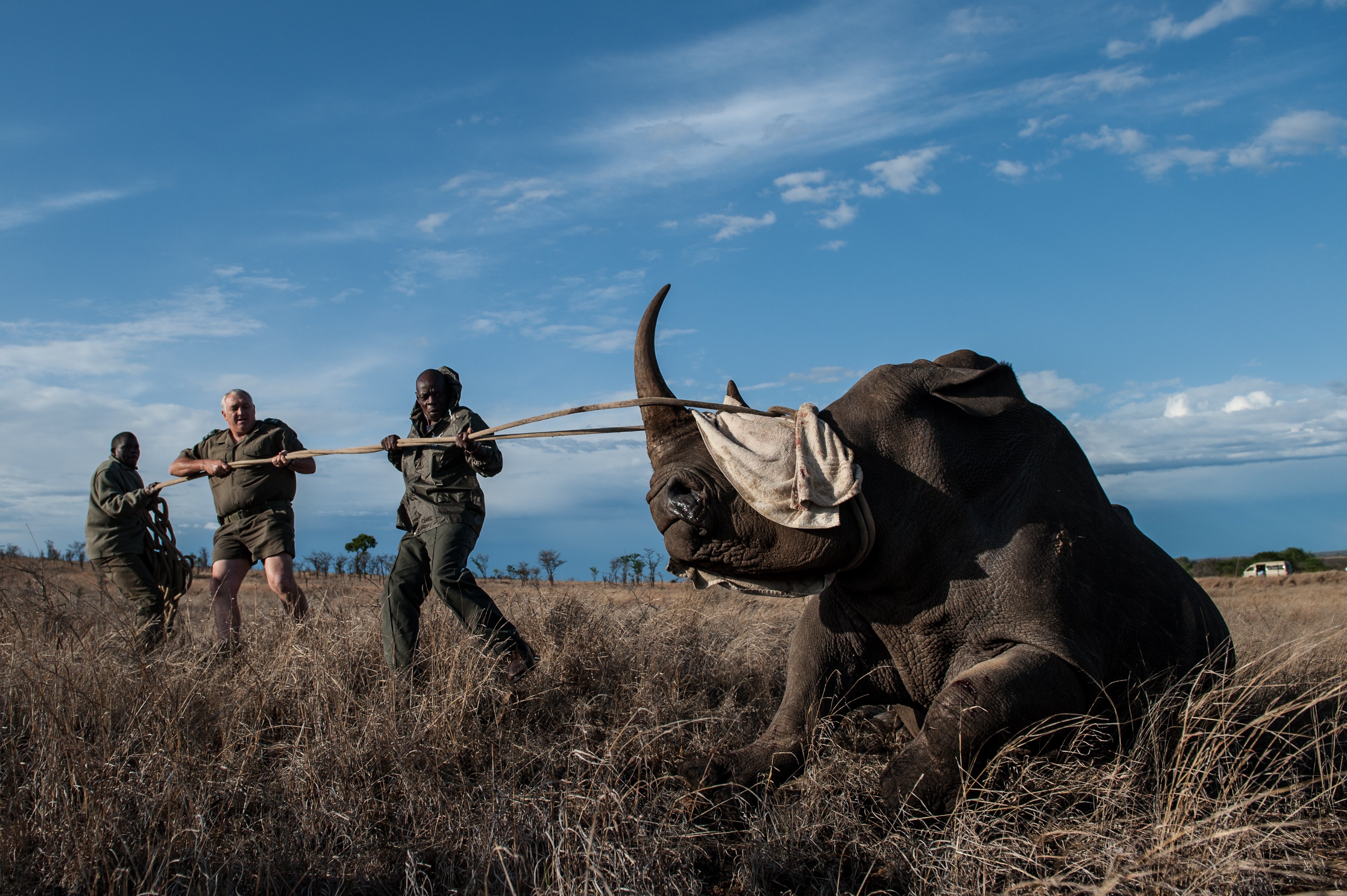 Despite stepped up enforcement in South Africa, endangered rhinos are being killed in record numbers to supply booming consumer markets for their horns in Asia.

There were 1,215 rhinos killed for 2014 representing a 21 percent increase over the previous year when 1,004 were killed, according to the South Africa Department of Environmental Affairs. Kruger National Park, which holds the majority of the country's rhinos, remains the epicenter of illegal activity, losing 827 rhinos during 2014, nearly two-thirds of all animals killed.

"These latest rhino poaching figures are a sobering reminder that we are in the midst of a global poaching crisis," said Matthew Lewis, an African species expert with World Wildlife Fund's Wildlife Conservation Program.

"The increase in numbers also shows the level of difficulty involved in addressing a multi-faceted issue like rhino poaching, which requires better enforcement and better conservation, and increased effort to reduce consumer demand," he said.

Rhinos are mostly being killed for their horns, which can fetch prices as high $30,000 a pound - about the street price of cocaine - in countries like Vietnam, where it is perceived as a status symbol. The demand is also driven by a belief that the crushed horns have medicinal properties and can cure everything from hangovers to cancer.

The lucrative trade has attracted heavily armed criminal gangs who routinely outgun park rangers, and the conservation group ICCF believes the money raised from the illegal trade goes into buying weapons and has become a "substantial source" of funding for terrorist organizations in Africa.

In the face of the worsening poaching, the government has launched a multi-tiered response that included moving 56 rhinos from poaching hot spots in 2014, bolstering enforcement at ports of entry and employing the latest forensic technology including DNA analysis in their investigations.

The arrest of poachers has increased to 386 in 2014, up from 343 a year earlier. Among the high profile cases were 10 members of an alleged rhino poaching syndicate detained in September. Three months later, 16 members of a rhino horn smuggling syndicate based out of Prague, Czech Republic were arrested.

"Given the highly organized nature of the syndicates, we believe these figures could be considerably higher were it not for our interventions," Minister of Environmental Affairs Edna Molewa said of the latest poaching numbers. "Year on year, comparatively speaking, the increase in the rate of poaching has slowed since 2012. Nevertheless, the figures remain worryingly high."

Conservation groups said the government must to do more to bring down poaching ringleaders and the international community has to help reduce the growing demand for rhino products especially in Asia.

"Enforcement is crucial to reducing the number of killings, so that poaching is seen as a serious crime with serious consequences," Lewis said. "That means upping jail sentences and increasing political and monetary support for enforcement activities. In parallel, we need to rapidly curb consumer demand in Asia for rhino horn products - or this problem will only get worse in line with a growing Asian middle class."