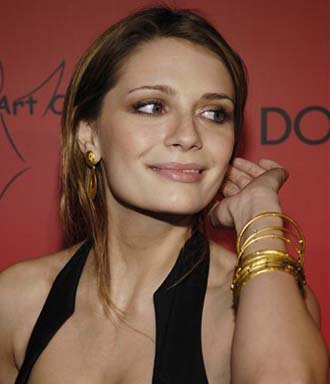 South Africa's wildlife parks are a great success story. They've brought many animals back from the brink of extinction, and millions of tourist dollars from all over the world.

But as Bob Simon first reported in 1999, there's a problem lurking in the South African bush. Game rangers discovered that a new group of juvenile delinquents has been attacking and killing the white rhinoceros, the rhino they've spent years protecting.

In South Africa's Pilanesberg Park, rhinos were thriving until an unknown killer began stalking them. Thirty-nine rhinos, 10 percent of the population in the park, were killed.

The killings clearly weren't the work of poachers. The rhinos' horns hadn't been touched. The park rangers began conducting an investigation. Their first findings led them to believe that if they were to round up the usual suspects, they'd need a pretty large holding pen.

That's because the prime suspects were not humans, but elephants. It turned out that young male elephants were behind the murders of Pilanesberg's rhinos.

Why would they do it? Well, like juvenile delinquents, they had grown up without role models.

"I think everyone needs a role model, and these elephants that left the herd had no role model and no idea of what appropriate elephant behavior was," said Gus van Dyk, Pilanesberg Park's field ecologist.

The problem goes back 20 years to South Africa's largest conservation area, Kruger National Park. Kruger had too many elephants. In those days there was no way to relocate these large adults. So researchers decided to kill the adults and save the children, who were more easily transported to other parks.

The government veterinarian who originally approved the relocations, Dr. Hym Ebedes, said it was a good idea. He said that he considered the possibility that the young elephants might not adjust well, but that there was no other option.

The intentions may have been good but the program created a whole generation of traumatized orphans thrown together without any adults to teach them how to behave.

Years later those lonely orphans developed into troubled teen-agers. That's when the killings at Pilanesberg Park began. Like a police departmenfacing a crime wave, the rangers photographed the murder scenes and put together rap sheets on the prime suspects, giving them each names.

One of the suspects was named Tom Thumb. "We've identified that Tom Thumb was in an area where coincidentally...a rhino mortality took place," Van Dyk said. Tom Thumb was put under surveillance, but other elephants were caught red handed.

In addition to killing rhinos, they acted aggressively toward tourist vehicles. Researchers eventually decided to kill five of the elephants. They may have been juvenile delinquents but there's no reform school for elephants.

Then a teen-age elephant named Mafuta began causing trouble for Jock McMillan, who cares for elephants at a private game reserve near the park. McMillan didn't want to shoot the elephant, so he decided to try to provide some discipline. But Mafuta turned the reserve's elephant herd, all of whom were orphans relocated without adults, into a street gang. He became the gang leader.

"The source of the problem is basically human beings doing something which turned out to be wrong," McMillan said. "On that basis we're pretty much obliged to try and solve the problem before taking the drastic steps of shooting the animals."

At that point it seemed there was still time to study the situation, that a real confrontation was several years away. The elephants on his reserve were still too small to attack a rhino.

McMillan followed the elephants constantly to document the rhino attacks. At first the scenes seemed funny enough: One day, Mafuta hosed down a rhino with his trunk.

But the attacks became more violent. At one point Mafuta spent seven hours stubbornly going after a group of rhinos. When McMillan briefly managed to distract the elephant, the rhinos ran for cover. But when Mafuta saw what had happened, he charged off in a rage. Several weeks later he attacked one of the same rhinos again.

"This time he actually got on top of her and pushed her down, knelt on her, went around the back and kicked her," McMillan said. After another attack, he decided to shoot Mafuta.

"I wasn't happy," said McMillan. "I realized it had to be done, but because I had been working rather closely with the animal, you form emotional attachments."

The people at Pilanesberg also wanted to avoid killing the delinquents. As they studied the elephants, a pattern began to emerge. The elephants picking on the rhinos were suffering from an excess of testosterone. The solution turned out to be the biggest Big Brother program in the world.

The rangers began looking for role models to keep the youngsters from mating at an early age when they couldn't handle those raging hormones. They decided to bring in some even larger bull elephants.

In 1998, the rangers at Kruger National Park brought in some of these big elephants, in specially designed trucks. No one had ever tried to move elephants that large before.
The bigger, older elephants established a new hierarchy, in part by sparring with the younger elephants to discourage them from being sexually active. That means less testosterone, and that's good news for the rhinos.

Van Dyk compared it to a group of teen-agers who have been acting up who are confronted by their fathers all of a sudden.

The Pilanesberg juveniles seem to be reading the message loud and clear. Since the big bulls arrived, not one rhino has been killed.

Even Tom Thumb has calmed down. He stopped harassing the rhinos, and the rangers hope that when he finally gets a chance to mate, he'll be a new man.

Said Van Dyk: "When he gets back to that position, hopefully he's had time to reflect on his misspent youth and think, 'Well I'm big enough to cope with these females, and rhinos are just not an option anymore.'"