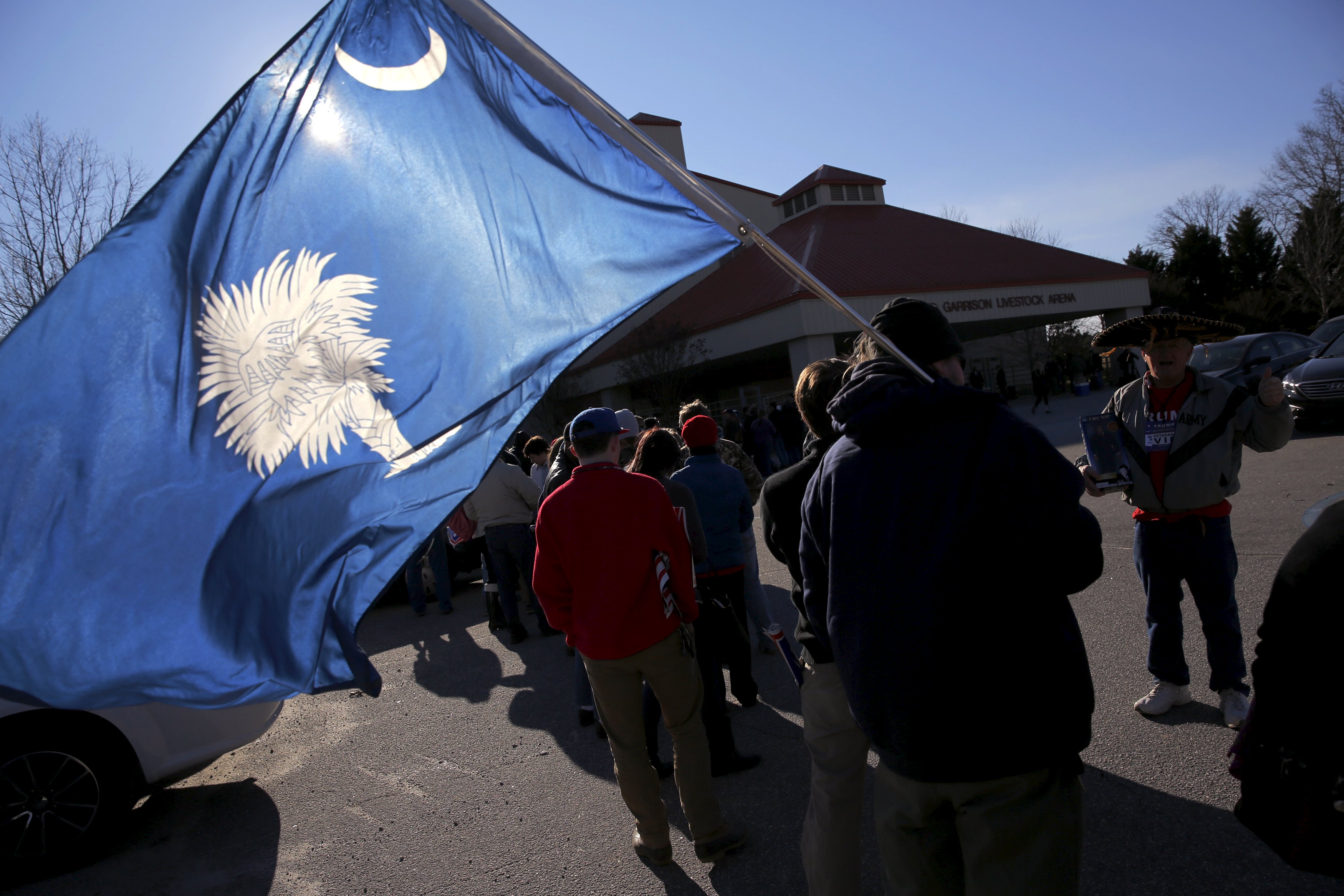 Tuesday's New Hampshire primary reset the GOP race once again, cementing Donald Trump's ability to win a primary race, breathing renewed life into the candidacies of John Kasich and Jeb Bush, and raising the stakes for Marco Rubio after a poor debate performance.

"The campaign is evolving into the three lanes of the Republican party: the outsider lane, dominated by Donald Trump, the movement conservative/evangelical lane dominated by Ted Cruz and now what looks like a consolidation in the establishment lane," Rick Davis, former GOP nominee John McCain's campaign manager, said on CBSN.

That means Trump and Cruz will be battling for the number one "outsider" spot as the candidates in the establishment lane tussle for the top spot there. The field shrunk Wednesday with exits from Carly Fiorina and Chris Christie, but the rough-and-tumble GOP primary seems likely to continue for at least several more weeks, if not months. That's not necessarily a bad thing for Republicans.

"I'm one that thinks these primaries actually have the capacity of producing a better campaign in the general election, and actually a better candidate in the general, and ultimately a better president so I don't think that all is lost by not being able to coalesce around somebody," Republican strategist Josh Holmes said on CBSN.

Here's a look at the road ahead for each of the remaining candidates:

Trump's blowout victory in the New Hampshire primary, nearly 20 points above his rivals, quieted questions about whether his supporters will actually show up. There hasn't been polling in South Carolina since the first voting contests, but the numbers from late January put him in a good position in the first-in-the-south state. The CBS News Battleground Tracker in late January had him leading his next-closest rival, Cruz, 40 points to 21 points.

His biggest imperative is holding off Cruz, whose faith-focused message is likely to play very well in South Carolina.

"We're talking about some pretty quick primary dates here with South Carolina, Nevada, and then the SEC primary," Holmes said, referring to the group of southern states that will vote on Super Tuesday. "It's hard to see how Donald Trump and Ted Cruz aren't the two front-runners going away right now."

Trump has never been the kind of candidate who thrives on small town hall meetings. He's partial to big, boisterous rallies that will be easy to continue as he must spread his time between more and more states. Plus, he thinks he'll play well in some of the delegate-rich states coming up on the calendar.

"I have a chance of winning New York," he said on "CBS This Morning" Wednesday. "You know, you look at these politicians they always talk about the six states -- you've got to win this one, that one. You have to win Ohio, you have to win Florida.

The move to South Carolina and then the southern states puts Cruz in a good position to cement his support. He outperformed expectations in New Hampshire, eking out a third-place win, but now he has a chance to repeat his performance in Iowa, where he beat Trump by four percentage points, even though Trump led in the polls before the race.

That's what he's hoping for -- and the message he's sending voters and donors.

"[T]he only candidate who can beat Donald Trump is me," Cruz told reporters in Myrtle Beach, South Carolina, Wednesday. "What we're seeing is conservatives uniting behind our campaign...I think Iowa and New Hampshire played a critical role in that together, and now South Carolina is going to play an even more critical role."

But he'll face attacks from both sides -- from Trump, who must prevent him from winning -- and the establishment candidates, who see him as more beatable. On Wednesday Rubio joined the chorus of candidates who suggested Cruz only won the Iowa election because his campaign told Ben Carson supporters the neurosurgeon was dropping out.

After a strong third-place finish in Iowa, Rubio faltered in New Hampshire after a weak debate performance. He initially denied the debate hurt him, but now he's finally admitting it.

"[C]learly my performance on Saturday had an impact down the stretch. You know, you learn from that kind of stuff. I've always learned from that," he told reporters.

Now, he has to reset his campaign and try to prevent Kasich and Bush from claiming the mantle of chief establishment candidate.

"Rubio has to go to South Carolina, restart his campaign, and convince voters that what they saw on the debate stage was a fluke," CBS News Chief White House Correspondent Major Garrett said Wednesday on CBSN.

Rubio, like Cruz, can credibly talk about faith on the campaign trail, which will help him with evangelical voters in South Carolina and the southern states.

What doesn't help is that Florida is still weeks away. The latest CBS News Battleground Tracker showed him with 18 percent of the vote there, four points behind Cruz and ahead of all of the other establishment candidates -- including Bush -- who were in single digits. But Trump still led them all with 40 percent.

The question, Holmes said, is whether Rubio can use the poor debate performance to make himself a better candidate, as then-candidate Obama did when he stumbled against his rival, Hillary Clinton, in the spring of 2008.

"We saw with Barack Obama late in the process with Hillary Clinton go through a very rough patch where a number of Democrats began questioning whether he could get to the finish line," he said. "Not only did he get to the finish line, but he did it with so much steam that he just blew out John McCain in the general election."

His second-place finish in New Hampshire keeps his campaign alive into South Carolina, but sustaining momentum will be a challenge. His more moderate message won't appeal as much to the conservatives of South Carolina, and he won't have the time to build support with a hundred town halls, as he did in New Hampshire. And he's short on cash.

"He's got to rely on a debate performance," Davis said - the CBS News debate this Saturday. "My guess is he would have a hard time sustaining his campaign if he isn't able to challenge Rubio or Bush for the domination of [the establishment] wing of the party."

Kasich is banking on a strong performance in the Midwestern states that will vote in early March, starting with the Michigan primary on Mar. 8. But first he'll have to survive South Carolina, Nevada and the Southern states that won't be as receptive to his message or preferred campaign style.

"Moving forward, it's TV and multiples states, so you can't win and hedge your bets where everybody's in one state. Now you've got to spread yourself out, hire more staff," said CBSN political contributor and GOP stragetist Leslie Sanchez.

Bush goes into South Carolina with a sizable war chest and good organization on the ground. He's already going after his two main rivals in the establishment lane, saying Tuesday that his record as governor was "significantly more effective" than Kasich's and that Rubio is untested.

He's put up a new radio ad featuring his brother, former President George W. Bush, whose win in the 2000 South Carolina primary helped propel him to the nomination. In the ad, former President Bush praises his brother's attitude toward the military, a big constituency in the southern part of the state.

After South Carolina comes Nevada, where Bush's fluency in Spanish and gentler tone on immigration could make the state friendly territory for him.

He placed fourth in Iowa and dead last in New Hampshire, but Carson's staff has indicated he'll run until the convention, even though he recently had to slash his staff due to a lack of funds.

South Carolina is natural territory for Carson's message, and he was once polling second to Trump here. But his decline in the polls and poor showing so far have likely sapped his potential for a good showing.

Davis suggested Carson could be a spoiler. "He could dislike Cruz so much that he decides, 'I'm just going to go there and I'm going to suck up five percent of the vote away from Ted Cruz.' It's not the first time that's ever happened in a primary, and five percent could mean a lot to Cruz in a closer race," he said.

Carson's appeal among evangelicals could compete with Cruz in the northern part of South Carolina, where those votes are concentrated.