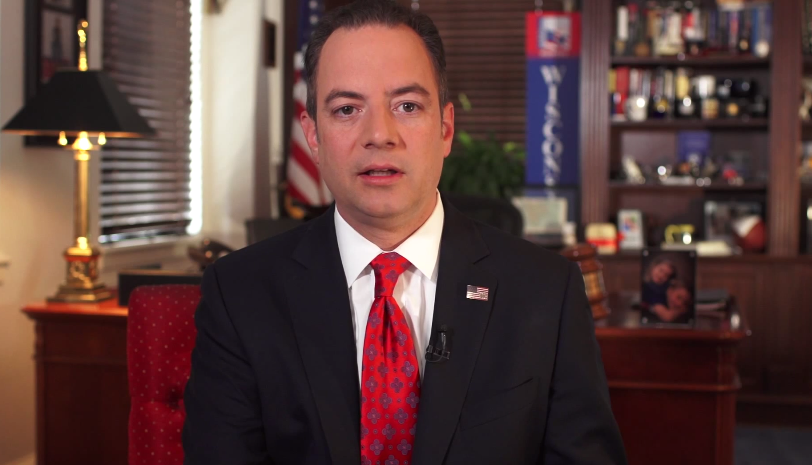 Republican National Committee Chairman Reince Priebus knocked President Obama Saturday for vacationing in Martha's Vineyard during a series of international crises, suggesting the president should get off the golf course and back to the White House.

"This month, President Obama's been on vacation. He attended his 401st fundraiser. He's now played over 190 rounds of golf as president," Priebus said in the weekly GOP address. "Now, we all deserve some time off, but you have to wonder: where are his priorities?"

"We all watch the news," the RNC chairman continued. "We see what's happening overseas in place likes Iraq and Syria and Ukraine. And we see the tensions at home in Missouri. And we lost a young American journalist at the hands of fanatical terrorists. And yet, President Obama is on vacation."

Priebus noted the president flew back to Washington for several nights at the start of the week, but he added, "I think many observers got it right when they called it a photo op. He spent about a million in taxpayer dollars to fly back from Martha's Vineyard on Air Force One to take a few pictures. Then it was back to vacationing and the golf course."

On Wednesday, the president condemned militants with the Islamic State of Iraq and Syria (ISIS) for their killing of American journalist James Foley, saying the entire world was "appalled" at the gruesome execution, which was captured on video and posted online. He said ISIS follows a "bankrupt ideology" and that the group has "no place in the 21st century."

They were among Mr. Obama's most pointed comments to date about the Islamist insurgents that have raged across Syria and Western Iraq in recent months. Just minutes after delivering them, though, the president headed for a golf course on Martha's Vineyard, generating criticism from some Republicans.

"The visual there is obviously very unhelpful," Sen. John McCain, R-Ariz., said Friday. "Obviously I believe it was a mistake on the president's part, but the real key is how the president will react to this needless act of ... the slaying of our brave, young Mr. Foley."

The White House has emphasized that the president is always working, whether he's in D.C. or not. Even on vacation, they note, he's regularly consulted with advisers and spoken several times about the fighting in Iraq and the racial unrest in Ferguson, Mo., following the shooting death of unarmed black teenager Michael Brown at the hands of a white police officer.

And Mr. Obama certainly isn't the first president to face criticism about his vacation habits. Democrats panned former President George W. Bush for spending too much time at his ranch in Crawford, Texas, for example, and Mr. Bush's father, former President George H.W. Bush, raised some eyebrows by heading to the Bush family compound in Kennebunkport, Maine, for 25 days after deploying the American military during the first Iraq War in 1990.

"You don't want to appear to be held hostage to the White House, to events," the elder Mr. Bush told reporters at the time.

In his own address Saturday, the president urged members of Congress to "do their jobs" and reauthorize the Export-Import Bank, saying American exports are at an all-time-high, and there's no reason that progress should falter now.

The bank's "sole mission is to create American jobs," the president said. "That's it. It helps many American entrepreneurs take that next step and take their small business global. But next month, its charter will expire, unless members of Congress do their job and reauthorize it."

The bank has always enjoyed bipartisan support during the past 16 reauthorizations, the president said, and "this time around shouldn't be any different. Because the bank works. It's independent. It pays for itself. But if Congress fails to act, thousands of businesses, large and small, that sell their products abroad will take a completely unnecessary hit."

He urged Americans to contact their representatives and senators and "tell them to quit treating your business like it's expendable."