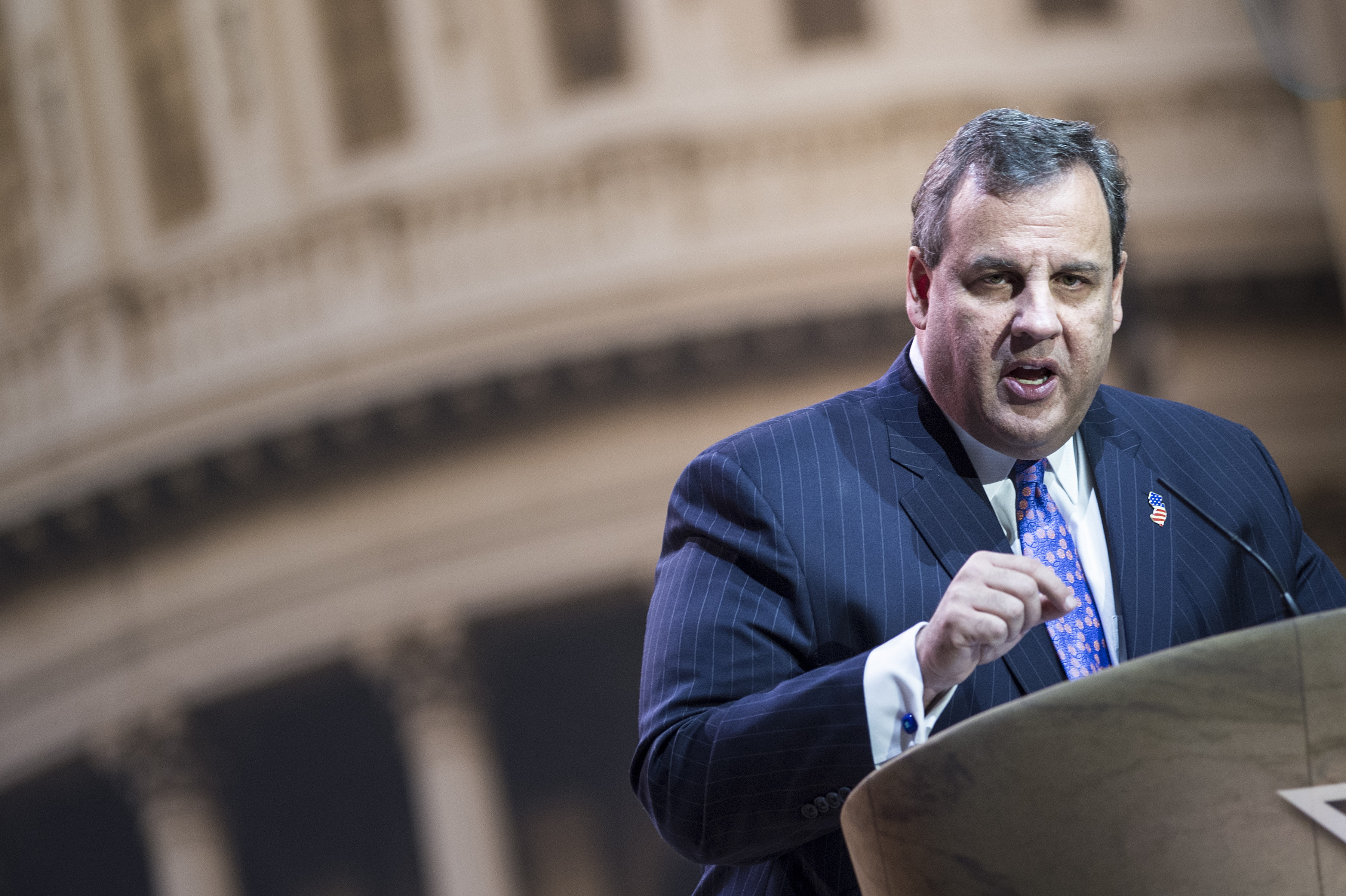 1. Chris Christie has a problem.

And it has nothing to do with the George Washington Bridge.
Just ask Mitt Romney: Being a Republican governor in a blue state is about all the handicap a politician can field when facing the types of activist conservatives who flock to cattle calls like CPAC. And last year, in the wake of several widely photographed events with President Obama after Hurricane Sandy ravaged New Jersey, Christie lost his invitation to the annual gathering altogether.

Still embroiled in the news that several of his staffers and loyalists orchestrated a disastrous traffic jam last fall out of sheer political retribution, Christie now has a new set of baggage to shake if he wants to rank among the top tier for 2016 presidential candidates. Interestingly, though, CPAC-goers who spoke with CBS News suggested they'd be much more merciful toward what he did or didn't know about the scandal than they'd be about his moderate platform.

At least one conference attendee said her opinion was slightly swayed by Christie's "pro-life" message on Thursday.

But the verdict, for now: Christie hasn't adequately embraced the hands-off government mantra that drove libertarian Sen. Rand Paul's bus to victory in last year's CPAC straw poll. But, if he manages to make it to the nomination without the help of this far-right faction of conservatives (again, as Mitt Romney did), they'll opt for the lesser of two evils.

2. The "Draft Ben Carson" movement is apparently a real thing.

Ben Carson - the neurosurgeon credited as the first person to successfully separate twins conjoined at the head - was among the most-cited answers at CPAC for whom conservatives would like to see run for president in 2016.
And despite having never held executive office of any kind, Carson arrived in a very respectable third place in the conference's straw poll, and boasted a decent showing of propaganda in the gathering's booths.

For the unacquainted, Carson - who happens to be African-American - saw his star rise in 2013, when he openly lashed out against President Obama, who was sitting several feet away. Starved for diversity, conservatives seized on the moment, and have been building his case ever since.

With grassroots conservatism starting to lose its airtime to more establishment-type Republicans, it's unlikely Carson's novelty will reach the level that Herman Cain - another minority outsider who'd proven himself in the private sector - did in 2012. But at least for now, Carson is on the radar.

The libertarian iconoclast who inherited much of his devoted fan base from his father - three-time presidential candidate and longtime Rep. Ron Paul, R-Texas - walked away Saturday for the second consecutive year with the top honor from CPAC's annual straw poll.

Though hot off the stove from his now-famous 13-hour filibuster, Rand Paul just narrowly edged Sen. Marco Rubio, R-Fla., in 2013. This year, he managed to bring in 31 percent of the 2014 vote, followed distantly by Sen. Ted Cruz, R-Texas, with 11 percent. Ben Carson clocked in at No. 3 with 9 percent.

It's the makings of a hands-off-government political dynasty: Ron Paul has twice won the CPAC poll in years past. But the younger Paul, who's emerged as a bona fide conservative star in his own right, offers what is potentially a more realistic tie to the party's establishment base.

4. The campaign against Hillary Clinton is underway.

Unless the GOP manages to concoct some sort of magical recipe to unite the currently at-war libertarian conservative hawks and the more centrist, mainstream Republicans, there's no clear-cut frontrunner emerging for them as a viable 2016 White House bid. But for the Democrats, there is one - and conservatives from all over the party know it.

Knee-jerk reaction from CPAC attendees when asked about Chris Christie's bridge scandal was to instantly position it against botched response from the State Department ahead of the Sept. 11 attack in Benghazi, Libya, when Hillary Clinton was secretary of state. Several high-profile speakers at the conference seemed to confirm that it would be an issue that will inevitably dog the presumed Democratic frontrunner.

Former Arkansas Gov. Mike Huckabee, who sought the GOP nod in 2008, agreed: "Four Americans were murdered in Benghazi, and our government lied to us about what happened," he said. "With all due respect to Hillary Clinton, it does make a difference why they died and who did it."

5. The gun control debate is as good as over (and conservatives won).

Just months after the Sandy Hook massacre in Newtown, Conn., CPAC 2013 was saturated with pro-Second Amendment activists - "guns blazing," for lack of a better term - to counter the decidedly pro-gun control agenda that had been circulating since the December tragedy.

Now with gun legislation simmering on the backburner more than a year since the mentally troubled Adam Lanza took the lives of 20 first-graders and six of their educators, participants in CPAC 2014 seemed noticeably less pressured to make a case for the Second Amendment.

Propaganda lining the hallways was considerably devoid of material promoting it. A rifle-shaped lifetime achievement award from Senate Minority Leader Mitch McConnell, R-Ky., received nothing more than "quick hits" in the news.

Rand Paul and Mike Huckabee both made glancing references to the topic, but the meat of their addresses came from individual liberties and family values, respectively. And National Rifle Association Wayne LaPierre's remarks are already being skewered in the same vat of oil as Donald Trump's.

6. Conservatives are still scrambling for a united front.

While President Obama attempts to rally his party behind a collective, economy-focused message, Republicans seem as splintered as ever.

Meanwhile, the most frequent response from CPAC attendees about what they consider to be priority in 2016: "getting back to the Constitution."

Buckle up, America: The Fed wants to put you out of a job
Lindsey Boerma