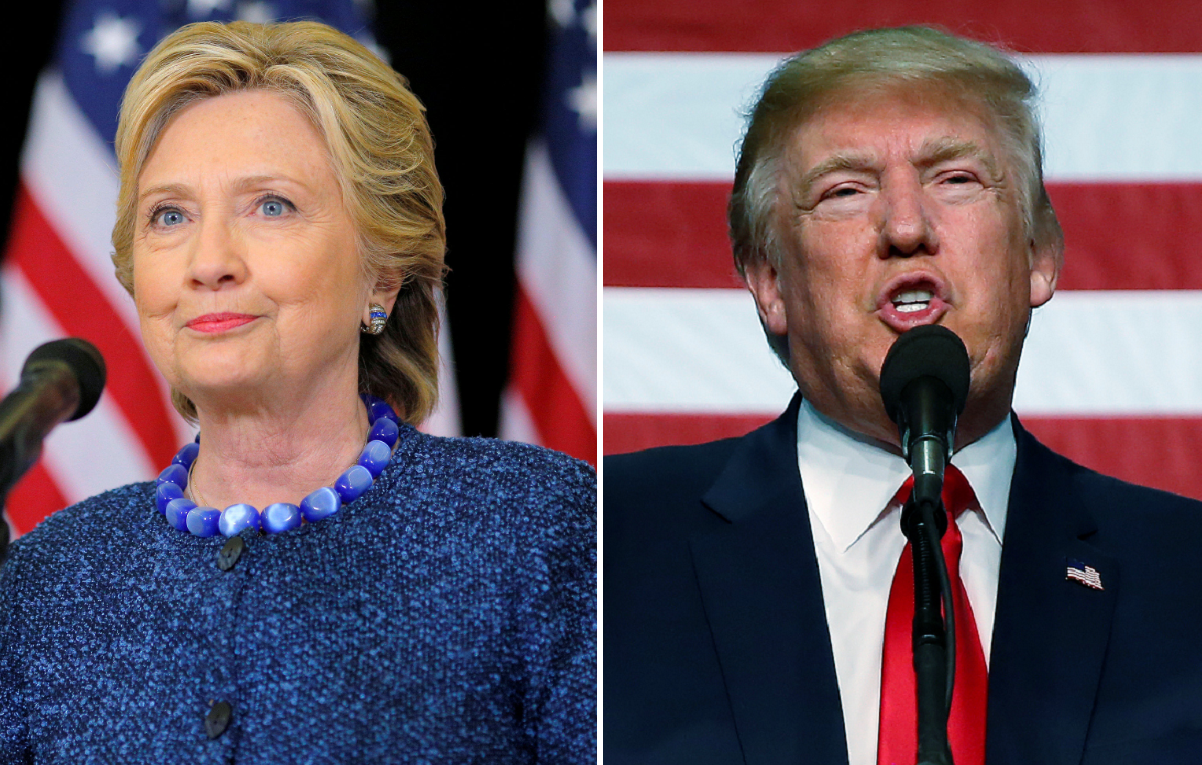 With less than a week to go before Election Day, Hillary Clinton still appears to have a small but steady lead over Donald Trump in several crucial battleground states.

The presidential race is, however, tightening in Pennsylvania, where 48 percent of likely Keystone State voters say their will cast their ballots for Hillary Clinton, compared to 44 percent who say they will vote for Donald Trump, according to a Monmouth University Poll released Wednesday. The poll indicates that Clinton’s lead has shrunk since the summer, when another Monmouth University poll showed her leading her Republican rival by double-digits.

“Clinton is still in the lead, but the race has tightened in the past four weeks,” Patrick Murray, director of the Monmouth University Polling Institute, said. “It looks like this shift was in the works even before Friday’s FBI bombshell, which has made only a small contribution to this overall narrowing.”

In fact, only four percent of registered Pennsylvania voters say the FBI’s recent news caused them to change their minds about the candidate they will support.

Trump, however, regained some support among white voters, particularly among white women, despite the nearly-month long spotlight on allegations of him engaging in lewd behavior with women. When it comes to non-white voters, however, Clinton dwarfs Trump, 83 percent to 9 percent.

Clinton continues to dominate in areas that have historically predicted the winner of the statewide race. In Philadelphia and the surrounding suburbs, the former secretary of state leads Trump by a 62 to 29 percent margin. Most of Trump’s overall improvement in Pennsylvania, however, is attributed to his gains in western portion of the state, where he has a 16 point lead over Clinton.

And in an election that has seen record low favorability and approval ratings, Clinton’s positive numbers have declined since last month while Trump’s has ticked up.

Monmouth University contacted 403 Pennsylvania residents via telephone from October 29 to November 1. The poll has a margin of error of 4.9 percent.

A similar poll released by CNN and ORC International showed that Clinton leads Trump by the same margin--4 percent--among likely Keystone State voters. When it comes to important issues, the poll says, voters have more faith in Mrs. Clinton’s ability to handle foreign policy, terrorism, health care and trade with other countries than her Republican counterpart.

The CNN/ORC International poll was conducted between October 27 and November 1. It has a three point margin of error.

Meanwhile, in Wisconsin, Clinton leads Trump by six points--46 to 40 percent -- according to the final Marquette Law School poll of the race. And among early voters, Clinton receives 64 percent to 25 percent for Trump.

On Tuesday, the Wisconsin Elections Commission reported that more than 518,000 early ballots have been cast, which would have made up 16.9 percent of 2012’s presidential turnout.

The poll was conducted between October 26 and October 31, and overlapped with the FBI’s unexpected announcement that it would review “pertinent” emails relating the probe into Clinton’s use of a private email server. The news, however, didn’t appear to sway voters. Clinton’s lead over Trump largely remained what it was in the previous Marquette poll.

The Marquette Law School poll has a margin of error of 3.3 points, and surveyed 1,401 registered voters.