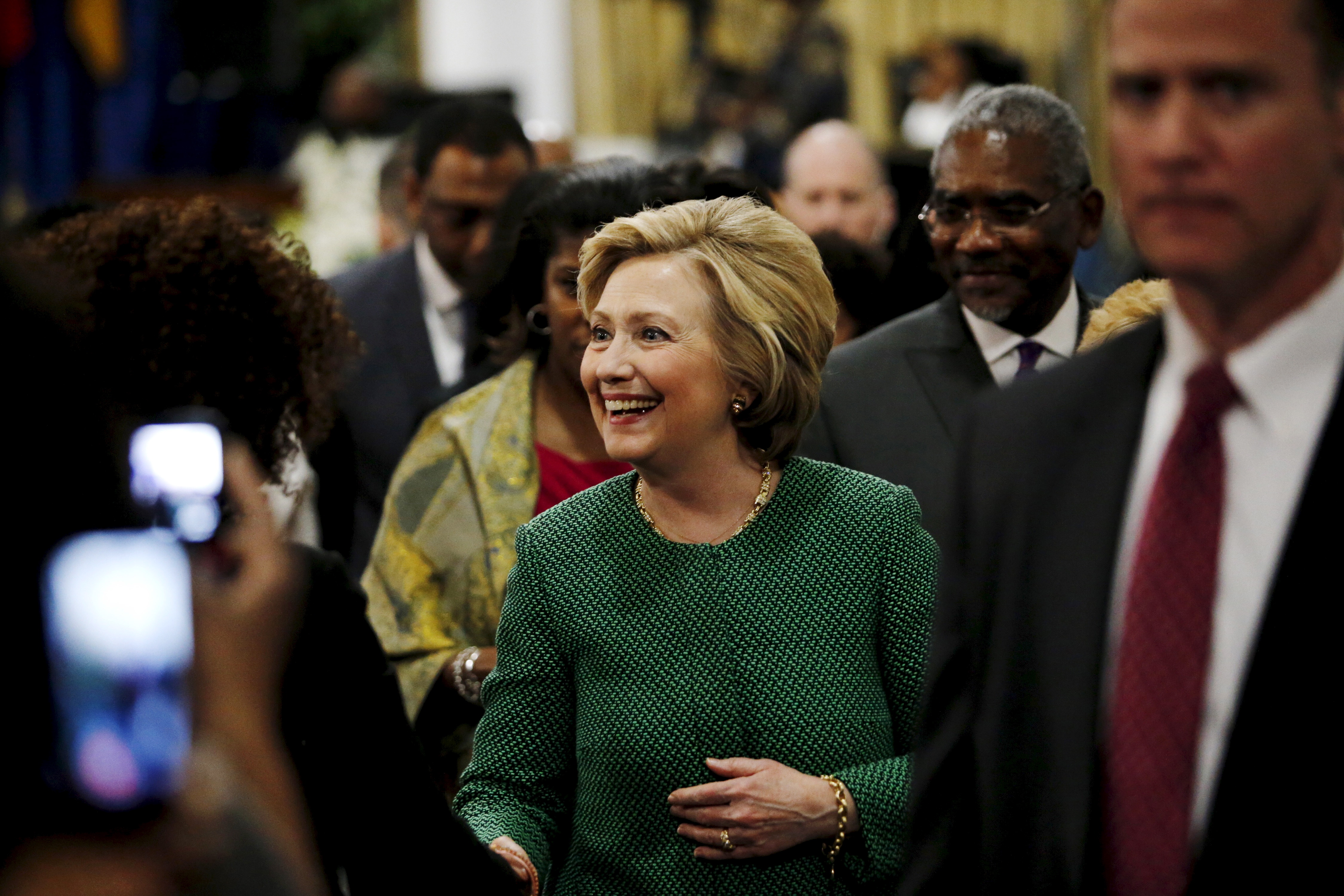 WASHINGTON-- In a warning for Donald Trump as he eyes a possible general election showdown with Hillary Clinton, Americans trust the Democratic front-runner more than the Republican businessman to handle a wide range of issues -- from immigration to health care to nominating Supreme Court justices.

Even when asked which of the two candidates would be best at "making American great" -- the central promise of Trump's campaign -- Americans are slightly more likely to side with Clinton, according to a new Associated Press-GfK poll.

The survey does reveal some potential trouble spots for Clinton. Trump is nearly even with her on whom Americans trust to handle the economy, which voters consistently rank as one of the top issues facing the country. She is trusted more on the economy by 38 percent of Americans, while 35 percent side with Trump.

And despite Americans' overall preference for Clinton on a host of issues, just 20 percent say she represents their own views very well on matters they care about, while 23 percent say somewhat well.

But as with most issues addressed in the AP-GfK poll, the numbers for Trump are even worse: Just 15 percent of Americans say he represents their views very well and 14 percent say somewhat well.

Trump's support with registered Republican voters is also soft on some issues, with less than 50 percent saying they trust him over Clinton on working with Congress or handling the U.S. image abroad. About a quarter of Republicans say they trust neither candidate on either of those issues.

Those figures underscore the work the real estate mogul must do to shore up support within his own party if he's the nominee.

Greg Freeman, an independent who leans Republican, said he would "absolutely not" trust Trump to handle major issues facing the United States.

"I think he would have the U.S. in wars at the drop of a hat. He would make the international community angry at the United States," said Freeman, a 41-year-old from Walhalla, South Carolina. "He has a lot of comments on issues, but he has no solutions."

While Clinton and Trump are the favorites to face off in the fall campaign, obstacles remain, particularly for the Republican billionaire. He's leading in the delegate count, but needs to perform better in the upcoming final primaries in order to reach the 1,237 delegates needed to clinch the nomination. If he fails to hit that number, the GOP contest will be decided at the party's convention in July -- and it's unclear whether Trump's slim campaign operation is prepared for that complex challenge.

Clinton has yet to shake Democratic challenger Bernie Sanders, a Vermont senator who has energized young voters with his calls for breaking up Wall Street banks and making tuition free at public colleges and universities.

While Sanders faces tough odds of overtaking Clinton, who has a commanding lead in delegates, his continued presence in the race has rankled the former secretary of state and prevented her from fully turning her attention toward the general election.

Still, Clinton has been starting to draw a contrast with her potential Republican opponents, namely Trump and Texas Sen. Ted Cruz, his closest rival.

"I'm really looking forward to debating either Donald Trump or Ted Cruz," Clinton said Friday. "Mr. Trump, tell me again about how you're going to build this wall and make the Mexicans pay for it. Tell me again why you think it's a good idea for Japan and South Korea to develop nuclear weapons."

Clinton is also running a new ad in New York City against Trump, warning that he'll punish women who seek abortions and highlights his comments about Mexicans and Muslims.

Trump's campaign appears well-aware of the need to bolster the businessman's policy credentials. He's recently expanded on his foreign policy views, including questioning U.S. participation in the NATO military alliance and suggesting some Asian nations may need nuclear weapons. Campaign officials have also said Trump plans to give a series of policy speeches in the coming weeks.

Clinton's edge over Trump on the issues spans both foreign and domestic policy.

Much of Trump's appeal with voters has rested on his broad pledge to "make America great again." But when asked which candidate they trusted more to make the country great, 33 percent of Americans picked Clinton and 28 percent backed Trump.

Thirty percent said they didn't trust either candidate to make that happen.

The AP-GfK Poll of 1,076 adults was conducted online March 31-April 4, using a sample drawn from GfK's probability-based KnowledgePanel, which is designed to be representative of the U.S. population. The margin of sampling error for all respondents is plus or minus 3.3 percentage points.

Respondents were first selected randomly using telephone or mail survey methods and later interviewed online. People selected for KnowledgePanel who didn't otherwise have access to the Internet were provided access at no cost to them.