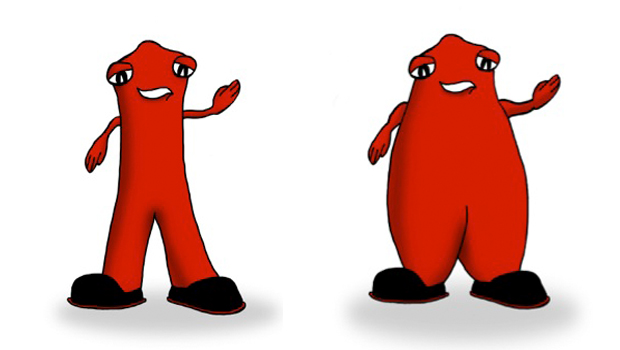 Generations of kids have grown up with chubby cartoon characters like Fat Albert, Winnie the Pooh and Homer Simpson -- and it may not be good for their diets.

All of the kids perceived egg-shaped or ovoid characters as being overweight, despite being imaginary, which suggests that exposure to the fat stereotype can lead to stereotypical behavior.

In a series of experiments, children between the ages of 6 and 14 years old viewed cartoon characters that were drawn to represent either normal weight or overweight physiques. In two of the studies, after answering questions on the quality of the picture, kids were offered candy or cookies.

In both studies, kids ate almost twice as much candy or cookies when they saw the apparently overweight character than those exposed to a thinner cartoon character or no cartoon at all.

The research is published online in the Journal of Consumer Psychology.

"We thought that the fact that an ovoid cartoon character evokes human bodyweight stereotypes in kids -- even kids as young as 6 -- was surprising," Margaret C. Campbell, marketing professor at the University of Colorado-Boulder's Leeds School of Business and lead author of the study, told CBS News in an email.

Campbell said that no prior research has shown that kids relate overweight people by eating low-nutrition foods or that kids stereotype cartoon characters.

"The fact that just the exposure to apparently overweight characters leads kids to choose and eat quite a bit more non-nutritious food is really interesting," she said.

In a third study, kids were asked questions about their health knowledge before viewing the images of cartoon characters. This time however, their eating choices were no longer impacted by seeing the overweight character.

Campbell hopes to further explore these issues to see how to help get kids to choose more nutritious food.

"Our hope is that the media and marketers will be more thoughtful and careful about their impacts on kids' eating choices," Campbell said. "We hope that there will be a lot more effort to get kids to think about making healthy choices and limiting the amount of non-nutritious treats that they eat."