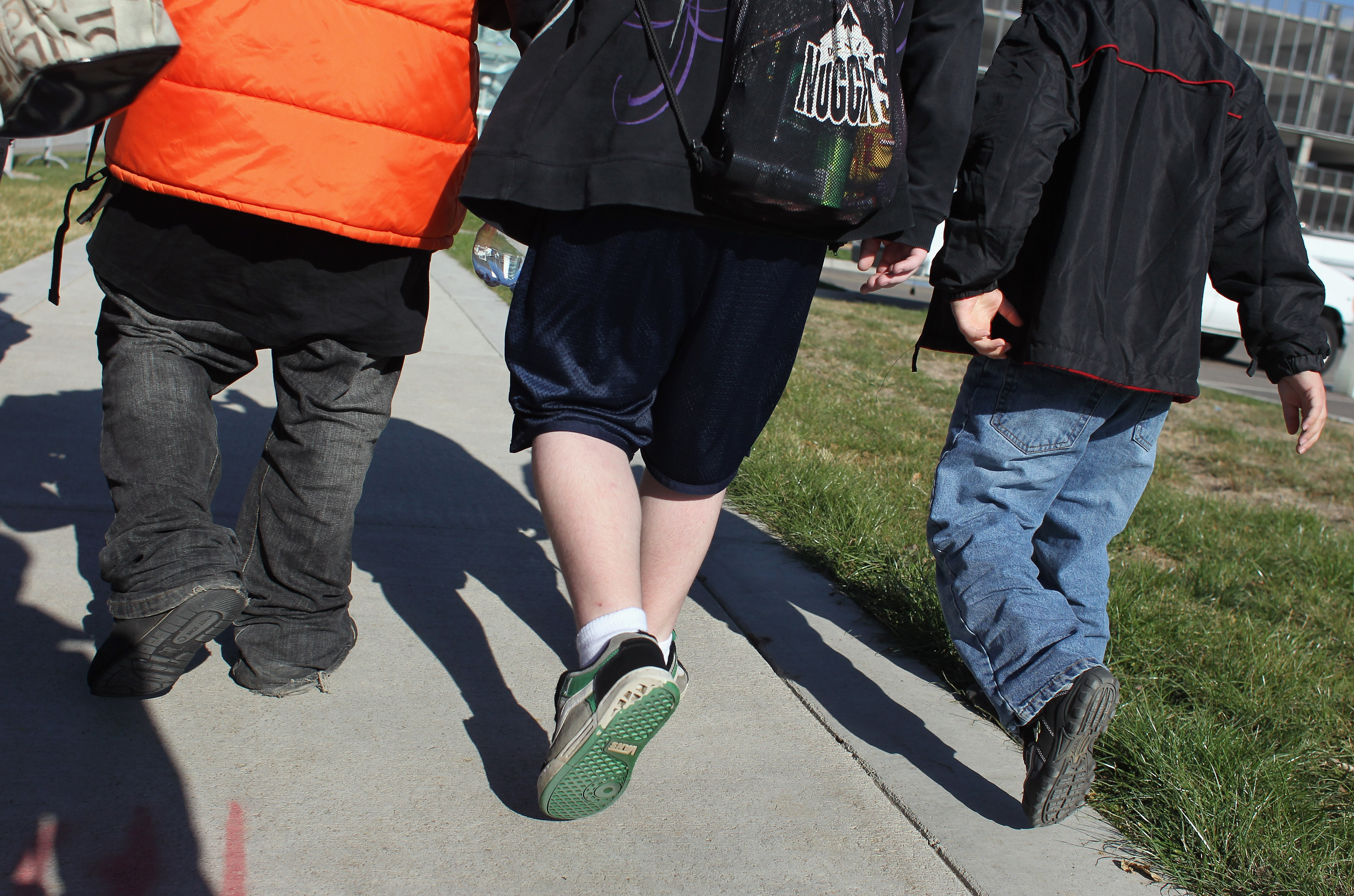 The rising rate of obesity in America's kids may be causing more than just physical harm. Research indicates that the childhood obesity epidemic may also threaten the academic success of millions of students. Experts say addressing the issue of childhood obesity at an early age may be a good investment not just in public health, but also in our nation's economic and intellectual future.

According to the Centers for Disease Control and Prevention, obesity has more than doubled in children and quadrupled in adolescents over the past 30 years. Children in the United States are increasingly likely to develop chronic adult health problems including high blood pressure, heart disease, and type 2 diabetes.

The study, which followed 77,000 students, found those who reported getting higher grades in school also tended to have higher levels of physical activity. The study also found that as students' grades dropped, the consumption of soda and fast food increased.

"The students who were reporting higher grades, such as A's and B's, are more likely to have more physical activity in their daily lives, healthier foods, and less soda," Anastasia Snelling, PhD, lead author and the Associate Dean of the School of Education, Teaching and Health at American University, told CBS News.

"Students should accumulate about 150 minutes of physical activity at the elementary school a week, and at the middle school 225 minutes a week," she said.

Though this study brings attention to an issue with far-reaching implications, it is limited by the fact that student grades were self-reported.

Study co-author Sarah Irvine Belson, Dean of the School of Education, Teaching, and Health at American University, told CBS News about a new study they're working on that establishes a strong correlation between school health environment and students' math performance. The new study, to be published in the behavioral nutrition journal Appetite, demonstrates that students with a higher level of quality of school environment, including nutrition in school lunches and access to physical education, ultimately have higher math scores.

"We see a strong relationship between the minutes of physical education and math performance," Belson said. "What we are looking to do next is look at the relationship between specific aspects of health and specific academic and cognitive performance...as measured not only by their standardized tests, but also other measures of cognitive abilities, such as processing speed or response time."

Belson and Snelling say more research is needed to define the "sweet spot" across all economic levels where academic performance and physical education are best aligned.

"It's a give and take," said Belson. "There has to be balance of instructional time and physical education time."

Researchers say a key to combating childhood obesity is to involve parents as well as students in the conversation about healthy lifestyle choices.

A holistic approach, one that involves both the parent and the child, should emphasize student empowerment, Snelling explained. An example would be allowing children to take responsibility for healthy lifestyle choices, such as making decisions about food preparation.

However, the researchers also recognize there are time constraints on parents who are working full-time to make ends meet. Parents already stretched to capacity to put food on the table may not have additional time to take part in health and physical education activities.

"We have to be innovative about how we communicate. We have to make [parents] a part of the conversation but we've got to make it inviting and meet parents where they are," Snelling said.

Possible ways to incorporate parents could include text messages with healthy eating reminders or an online program that takes about 15 minutes to complete; these methods would allow parents to join the conversation about healthy lifestyles at their convenience.

"The investments that we're making in our children in terms of their academic performance and health performance are powerful," Belson said. "One of the most important investments you make at the beginning of the school year is in the lunch box."

Parents' involvement in their children's health may help determine whether kids make the most of their academic opportunities and have a successful future.

"We spend a lot of money on education," said Snelling. "We need to get out of education all that return."