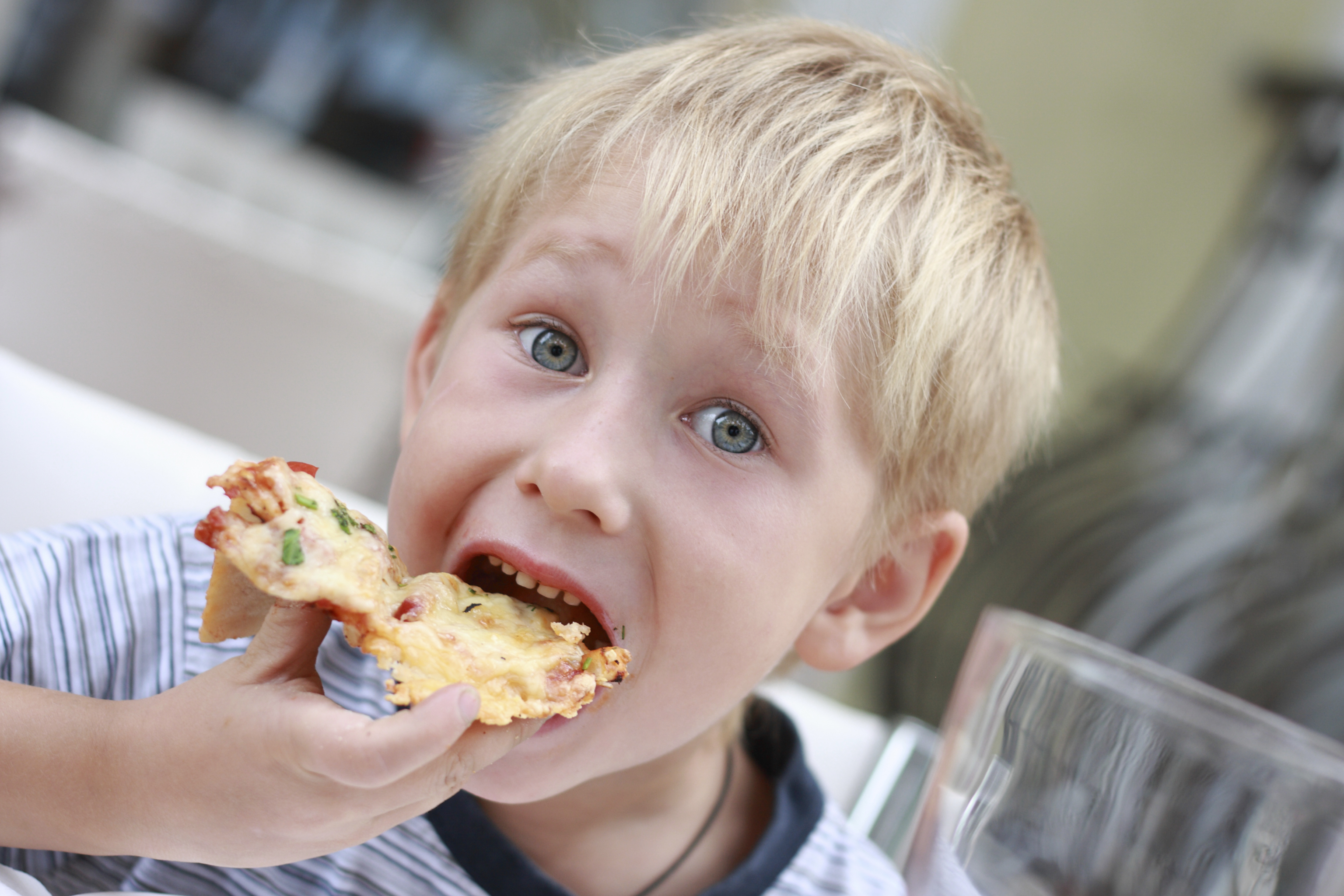 On the days your kids eat pizza, they likely take in more calories, fat and sodium than on other days, a new study found.

On any given day in the United States in 2009-10, one in five young children and nearly one in four teens ate pizza for a meal or snack, researchers found.

"Given that pizza remains a highly prevalent part of children's diet, we need to make healthy pizza the norm," said study author Lisa Powell, a professor of health policy and administration at the University of Illinois at Chicago.

"Efforts by food producers and restaurants to improve the nutrient content of pizza, in particular by reducing its saturated fat and sodium [salt] content and increasing its whole-grain content, could have quite broad reach in terms of improving children's diets," Powell said.

Pizza's popularity comes largely from being tasty and inexpensive, but it's also because children have so many opportunities to eat it, said Dr. Yoni Freedhoff, an assistant professor of family medicine at the University of Ottawa in Canada.

"It's constantly being thrust at them," he said. "From school cafeterias to weekly pizza days in schools without cafeterias to birthday parties to group events to pizza night with the parents to pizza fund-raising -- it's difficult to escape," Freedhoff said.

"But of course, that doesn't make it healthy," he added.

When pizza is consumed, it makes up more than 20 percent of the daily intake of calories, the study authors said. Poor eating habits -- too many calories, too much salt and too much fat -- raise children's risks for nutrition-related diseases, including type 2 diabetes, high blood pressure and obesity, the study authors added in background notes with the study.

Powell's team analyzed data from four U.S. National Health and Nutrition Examination Surveys from 2003 to 2010. Families of almost 14,000 children and teens, aged 2 to 19, reported what their kids had eaten in the previous 24 hours.

From the first survey in 2003-2004 to the last survey in 2009-2010, calories consumed from pizza declined by one-quarter overall among children aged 2 to 11. Daily average calories from pizza also declined among teens, but slightly more teens reported eating pizza.

The proportion of younger kids eating pizza at dinner and from fast food dropped over the period studied. When they did eat it, however, it bumped up their total average calories eaten that day, especially if it was eaten as a snack or from a fast-food restaurant.

The findings were reported online Jan. 19 and in the February print issue of the journal Pediatrics.

"There were no differences in impact on calories and nutrients between whether youths ate pizza from stores or from fast food, suggesting that efforts to improve the nutritional content of pizza should include pizza from all sources," Powell said.

The only time pizza did not increase kids' daily caloric intake were days they ate it from the school cafeteria. That could mean school pizzas are healthier, or it could mean other school lunches are equally high in calories, Powell said.

Connie Diekman is director of university nutrition at Washington University in St. Louis. She said: "The big take-away is that the overall balance of kids' diets is not as healthful as it needs to be. If kids love pizza, assess how it fits into the whole day so that it doesn't take calories away from other food groups."

She said ways to make pizza healthier can include using whole-wheat or white whole-wheat for the crust, using more fruits and vegetables instead of meat, and using less cheese or stronger-flavored cheeses.

Freedhoff has his own low-calorie pizza recipe. By skipping the meat and sticking to part skim-milk mozzarella, basil, onion and garlic, a pizza can still total less than 200 calories a slice.

Freedhoff said store-bought pizza can be enjoyed in moderation. But frequently eating pizza at school may lead children to think of fast-food pizzas as a regular meal rather than a treat, a habit that could carry over into adulthood, he said.

"There's often a world of difference between doing what's right and doing what's easy," he added. "By leaning on pizza because we can, we're normalizing a culture of convenience that isn't in our children's or their health's best interest."