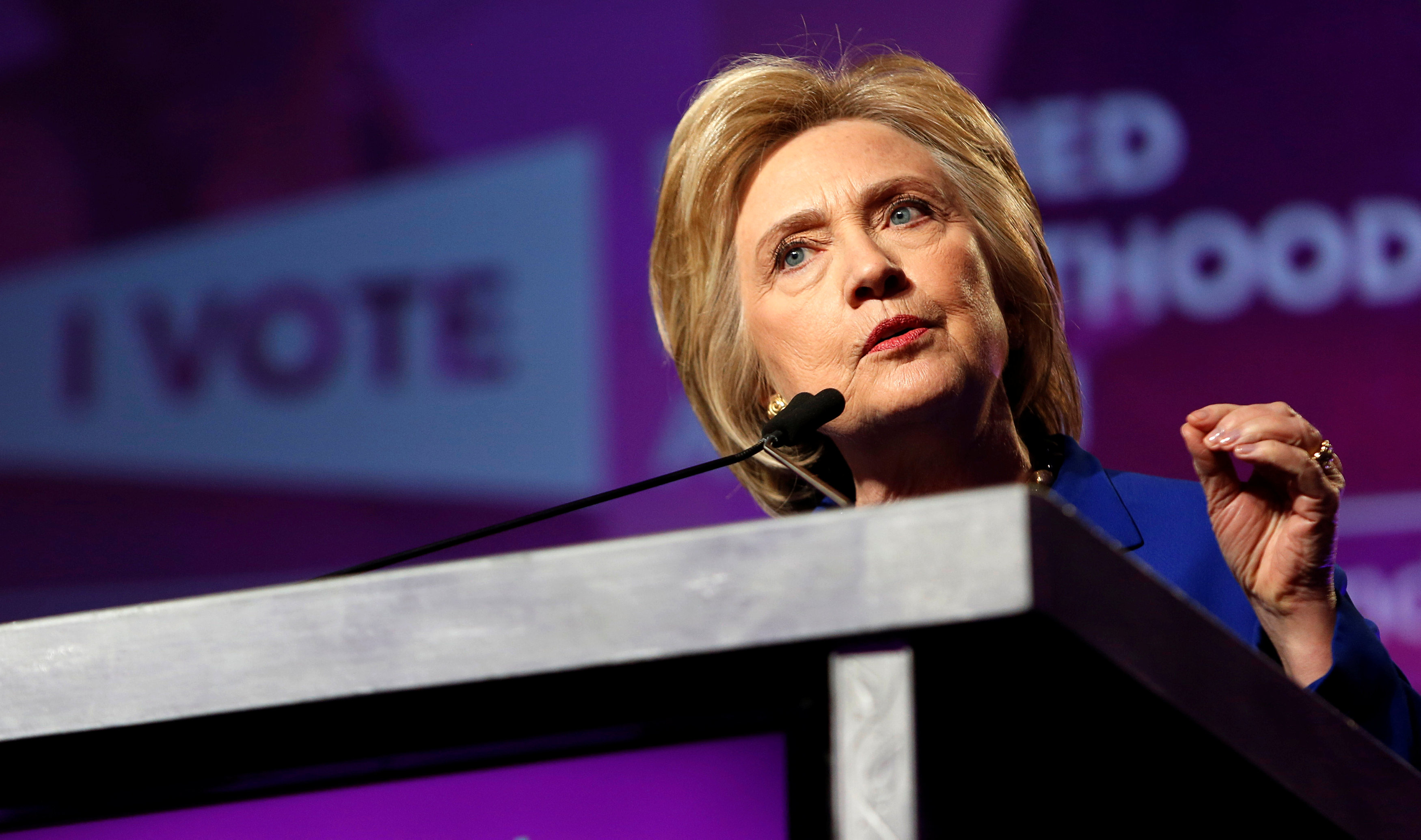 WASHINGTON Donald Trump's new running mate and other Republicans are wrongly accusing Hillary Clinton of speaking with indifference about the death of Americans in Benghazi, Libya - twisting her comments out of context to make their indictment.

A look at some of the claims from the stage of the Republican National Convention on Wednesday night and how they compare with the facts:

INDIANA GOV. MIKE PENCE, Trump's choice for vice president: "It was Hillary Clinton who left Americans in harm's way in Benghazi and after four Americans fell, said: What difference, at this point, does it make?"

TEXAS SEN. TED CRUZ: "Theirs is the party that ... responds to the death of Americans at Benghazi by asking, What difference does it make?"

THE FACTS: At no point has Clinton said - or even implied - that it makes no difference whether Americans died in the Benghazi attacks.

Clinton's well-known quote came at a January 2013 Senate hearing when she was pressed about the motive for the attack that killed four Americans, including Ambassador Christopher Stevens. Her point was that it was less important to understand the reason for the attack than in knowing what to do about it. Republicans have persistently criticized the Obama administration for initially and wrongly blaming the attack on an anti-U.S. protest.

Clinton' fuller remarks on that subject from the hearing: "With all due respect, the fact is we had four dead Americans. Was it because of a protest or was it because of guys out for a walk one night who decided that they'd they go kill some Americans? What difference at this point does it make? It is our job to figure out what happened and do everything we can to prevent it from ever happening again, senator."

She went on: "It is, from my perspective, less important today looking backwards as to why these militants decided they did it than to find them and bring them to justice, and then maybe we'll figure out what was going on in the meantime."

Whether Clinton as secretary of state acted properly in that crisis is a matter of enduring debate. But she was not, as Pence and Cruz suggested, cold about the fact that Americans died.

PENCE: "In my home state of Indiana we prove every day that you can build a growing economy on balanced budgets, low taxes."

THE FACTS: While true, Pence's balanced-budget claim isn't much to brag about. He's required to do that by law, as is every state except Vermont. And his biggest contribution to "low taxes" was a reduction of Indiana's income-tax rate from 3.4 percent to 3.3 percent last year - a savings of about $50 a year for someone with $50,000 in taxable income.

THE FACTS: It's not as close at it had been before a nuclear pact completed a year ago between Iran and world powers. The deal suspends oil, trade and financial sanctions in return for Iran rolling back its nuclear program.

Before the deal, Iran was just a few months away from having enough weapons-grade uranium to build 10 to 12 nuclear weapons, according to the U.S. government. Now, if Iran were to race toward an atomic weapon, the Obama administration and most independent experts say it would need at least a year, which they say would be enough time to discover the effort and intervene.

GINGRICH: "So when you hear about Hillary's dishonesty, or the emails, or taking millions from the Saudis and other Middle Eastern dictatorships - remember, this is not about politics."

THE FACTS: Clinton was not personally paid for making any speeches in Saudi Arabia or other Mideast nations. Instead, it was the Clinton Foundation, the family charity that she briefly headed after leaving the State Department, that received millions in donations from Saudi Arabia, the United Arab Emirates, Qatar and several other Mideast nations. Most of those donations were made before she took a leadership role in the charity after stepping down as secretary of state in 2013. Her husband, former President Bill Clinton, was personally paid $300,000 each for speeches to two companies in Saudi Arabia and $600,000 for a speech sponsored by a UAE government initiative.

CRUZ: "There is a better vision for our future: A return to freedom. ... On health care, your freedom to choose your own doctor, without Obamacare."

THE FACTS: Without "Obamacare" or some replacement, millions of people would lose health insurance, which could make it tough for them to choose a doctor. About 20 million people have gained health insurance since the law passed, and experts attribute most of that to the law.

FLORIDA GOV. RICK SCOTT: "We've allowed our military to decay, and we project weakness on the international stage."

THE FACTS: The U.S. continues to have the most powerful military in the world. Although defense spending has declined with the end of the war in Iraq and the drawdown of NATO forces in Afghanistan, in 2015 the United States still spent nearly $600 billion on its armed forces - more than the spending by the next seven biggest-spending nations combined. China, the second-biggest spender, has a defense budget less than a third of the Pentagon's.

GINGRICH: The terrorism danger to the United States "is even worse than September 11th, when 19 hijackers murdered almost 3,000 Americans."

THE FACTS: Such an assertion fits the GOP convention's theme of raising fears about the nation's current political leadership, but it's a stretch to say the danger has escalated since the 9/11 attacks. Terrorist groups such as the Islamic State have exploited social media to promote sudden and frightening acts of violence, and some mass killers in the last year have publicly espoused radical ideology.

But in the last 15 years the nation has spent massively on new security systems. The FBI has reinvented itself into a terrorism-fighting agency, securing surveillance powers that have diminished the likelihood of a coordinated attack in multiple cities. The FBI says it's tracking roughly 1,000 people it views as having terrorist aspirations. And airline security measures have made it much tougher to hijack planes.