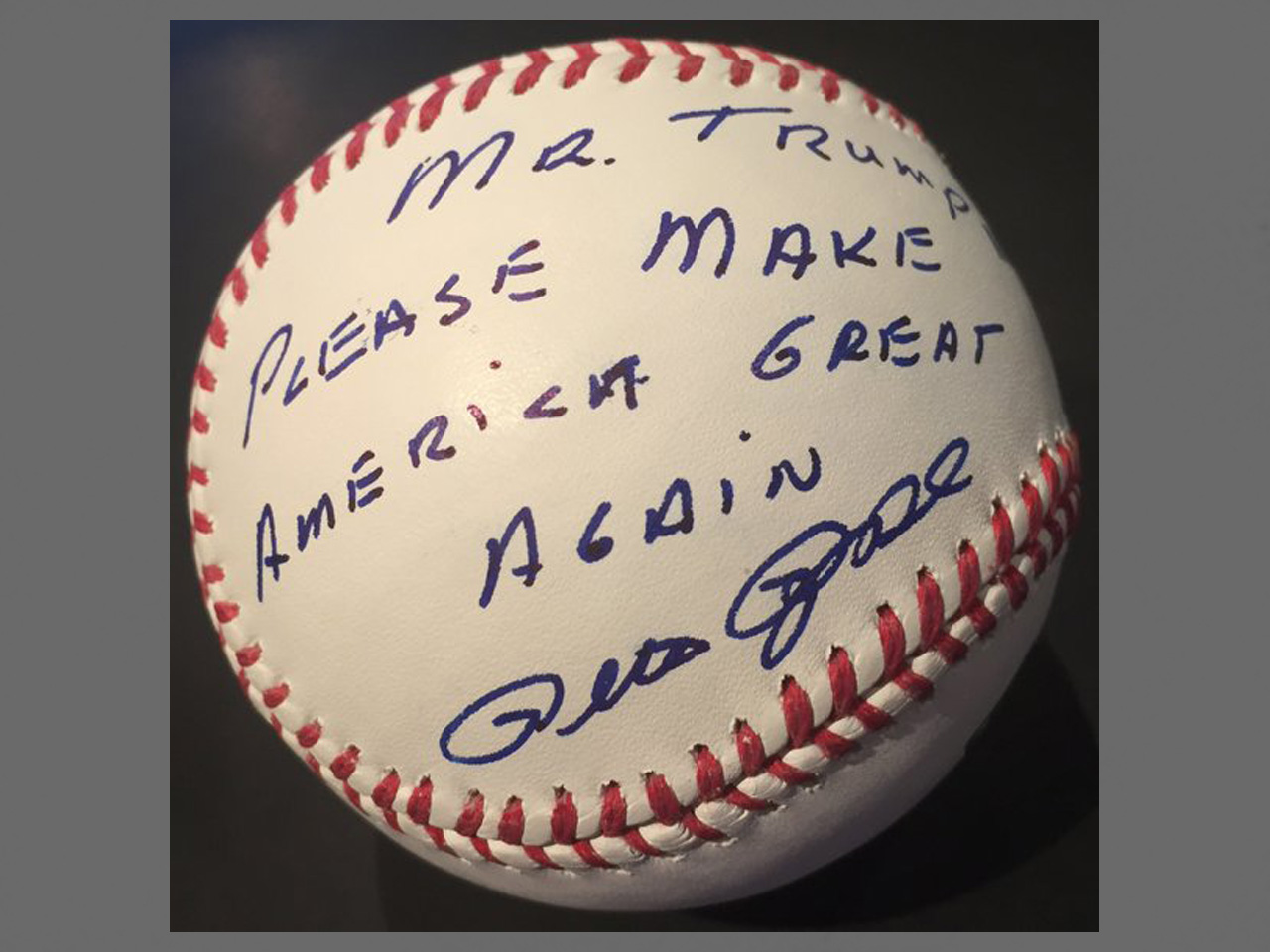 Pete Rose may still be persona non grata to Major League Baseball, having recently been denied reinstatement by the league (again) over his past gambling scandal. But Ohio still loves the Cincinnati native for his long career with its home team. Donald Trump attempted to capitalize on that affection Monday with a tweet suggesting that he had the support of the baseball legend.

While the tweet doesn't explicitly say that Rose endorsed Trump, the candidate did use a picture of a baseball signed by Rose that reads, "Mr. Trump, Please make America great again. [Signed] Pete Rose."

Donald Trump is locked in a tight race for Ohio with its Gov. John Kasich. A win in Ohio for Trump could put the delegate lead out of reach for every other Republican candidate, so Trump has been working hard to win over voters there.

But Rose's lawyers told The Washington Post on Monday there has been no official endorsement by the baseball legend.

"We do not know how Mr. Trump got the ball," attorney Ray Genco said.

"Pete has made a point not to 'endorse' any particular presidential candidate. Though he respects everyone who works hard for our country -- any outlet that misinterpreted a signed baseball for an endorsement was wrong. Pete did not send any candidate a baseball or a note of endorsement," Genco's statement read. "That said, through my discussions with Pete about this cycle, I've learned that he believes that who to vote for is a decision each voter should decide for him or herself. Pete knows and has impressed upon me that, above politics, it's leadership and teamwork [that] make all the difference. Both the left and right are Baseball fans -- and it is those institutions and their people that make America exceptional."

And, after Trump took to Twitter with the picture, several other social media took the opportunity to point out that Rose will sign almost anything you ask on a baseball for a price.