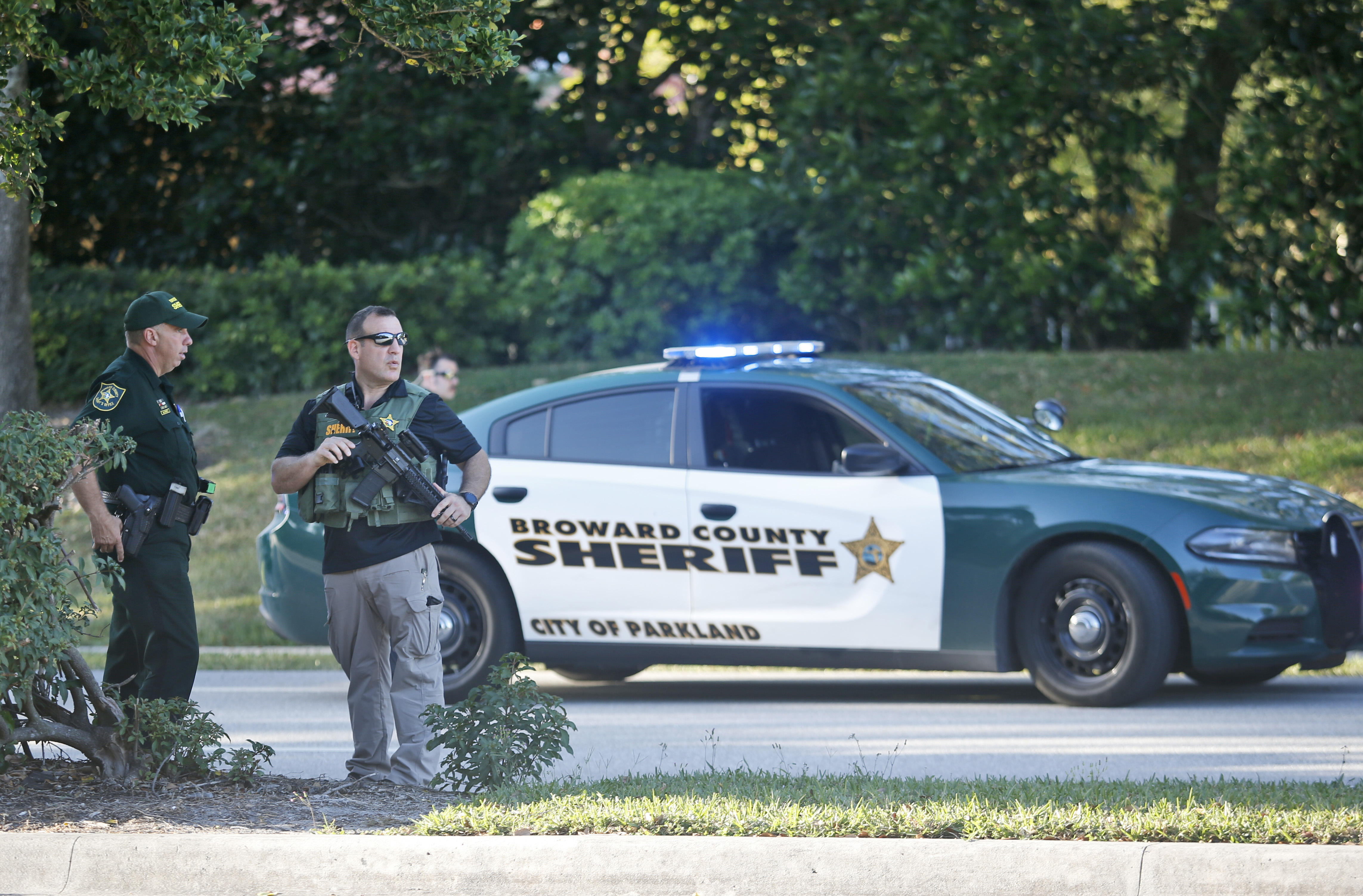 A week after a former student opened fire at a high school in Parkland, Florida, local officials say they will now allow deputies to begin carrying rifles at school campuses in the county where 17 people were killed. The announcement came during a Wednesday evening press conference by Broward County Sheriff Scott Israel.

"Our deputies who are qualified and trained will be carrying rifles on school grounds from this point forward," Israel said. "The only place, people are asking me, where they will not carry their rifle, until we look for gun locks and gun lockers, they only place where they're not slinging their rifles, they will be allowed to be stored is locked in their police vehicle. So it will be done safely. Only deputies who are trained and qualified will carry those rifles. But we need to defeat any threat that comes onto campus."

Israel said some deputies would be carrying AR-15s, the same weapon used by suspected gunman Nikolas Cruz, but they are single-shot rifles, not fully automatic.

Marjory Stoneman Douglas High's school resource officer was carrying a weapon when the shooting happened last week but did not discharge his firearm. It's unclear what role he played in trying to thwart the shooter and whether he was aware of suspect Cruz's past behavior at the school. The sheriff said those details are still being investigated.

"Deputy Peterson was on campus," Israel said. "As you all know, he's the School Resource Deputy. He was armed. As our command staff moves forward in this investigation the response and actions of Deputy Peterson will be looked at and scrutinized as will everyone."

Sheriff Israel added: "I think schools, as soft targets need to fortified. We need to look at how many school resource deputies are being employed at each school ... We also need to talk about sensible gun control."

Also on Wednesday, President Trump invited Americans touched by gun violence to the White House for a "listening session." What the president heard was emotional pleas and anguished voices from parents who lost children and children who lost classmates -- with some calling for gun control measures he and Congress have long resisted.

Andrew Pollack is the father of Meadow, one of the 17 killed on Feb. 14.