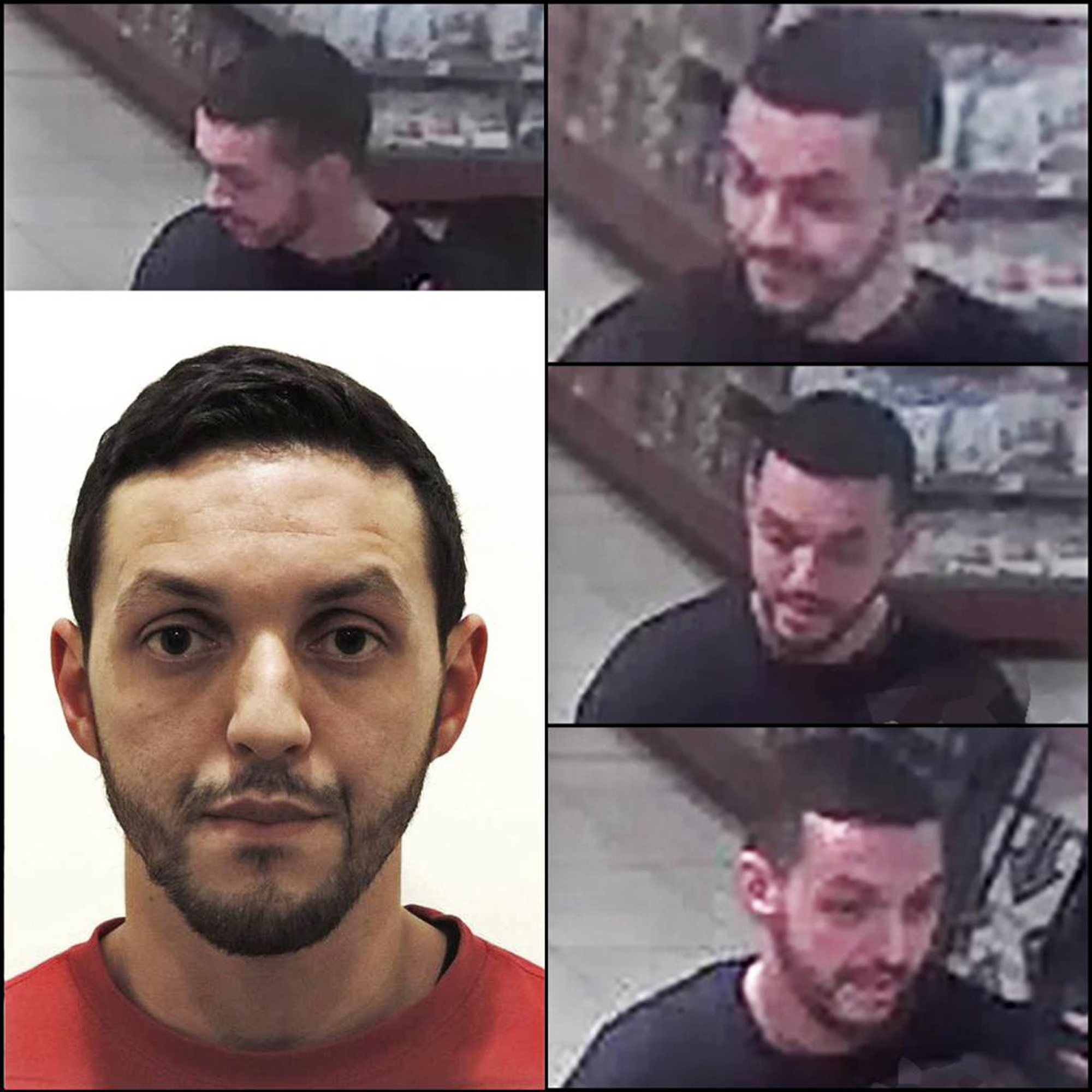 PARIS -- Belgian authorities have charged a fifth suspect with terror offenses relating to the Paris attacks.

The federal prosecutor's office on Tuesday also issued an international warrant for Mohamed Abrini, who is being tracked by both Belgian and French police.

Authorities are looking for Abrini because he was seen with fugitive Salah Abdeslam at a gasoline station in Ressons on the highway to Paris two days before the attacks. They said that Abrini was driving the Renault Clio that was used in the attacks in Paris on Nov. 13 that killed 130 people and wounded hundreds of others.

Belgian police said that Abrini was "armed and dangerous."

Meanwhile, French authorities on Tuesday questioned a top suspect linked to attackers who terrorized Paris, while Belgium's capital remained locked down under threat of a possible similar attack.

Jawad Bendaoud, the only person in France known to be facing potential terrorism charges directly linked to the Nov. 13 Paris attacks that killed 130 people and wounded hundreds, was handed over Tuesday morning to an anti-terrorism judge in Paris, according to a judicial official. Bendaoud was detained last week for providing lodging to the suspected mastermind of the attacks in an apartment in the Paris suburb of Saint-Denis.

Police raided the apartment Nov. 18, and three people were killed - including suspected attacks orchestrator Abdelhamid Abaaoud, a female cousin and one other. Bendaoud acknowledged in a television interview giving shelter to two people from Belgium, but said he didn't know who they were or what they planned. Bendaoud, 29, told BFM television, "I didn't know they were terrorists. I was asked to do a favor. I did a favor, sir."

He must be either charged or released Tuesday.

Prosecutor Francois Molins said Tuesday that Abaaoud is believed to have been planning a suicide attack on the French capital's La Defense business district on Nov. 18 or 19. CBS News' Elaine Cobbe reports the prosecutor says evidence of the plan only came to light the day after the police assault.

Molins also said that after the attacks, Abaaoud returned to the site of the Bataclan concert hall while police were still there.

French Interior Minister Bernard Cazeneuve told lawmakers on Tuesday that 124 people had been handed preliminary charges since a state of emergency was imposed hours after the attacks, following more than 1,230 searches in which 230 weapons were recovered. He didn't, however, specify what the charges were or if they were linked to the attacks.

In Belgium, four people have been handed terrorism charges since the Paris attacks, which have been traced to a network of people with ties to both France and Belgium.

Brussels remained at its highest alert level Tuesday, after Belgian Prime Minister Charles Michel cited a "serious and imminent threat" to the city, which houses the headquarters of the European Union and NATO. Belgium's crisis center said the alert level would only change if a significant breakthrough warranted it.

Increased security measures in the wake of the massacre in Paris have virtually shut down the Belgian capital, with the subway system, many shops and schools remaining shut. Michel said that despite the continued high alert, schools would reopen on Wednesday.

Businesses in Brussels were starting to feel the pain, and while few question the government's need to protect the public from a potential attack, some shop owners said the shutdown was too extreme.

"It's not a very good decision," said Esther Willems, assistant manager at the Galler chocolate shop in the heart of Brussels' city center. "In the last two days, we have only had about 10-11 clients" compared with about 100 normally. Willems said she hoped things would improve Wednesday.

Many questions remain unanswered as investigators try to piece together what happened in Paris on the night of Nov. 13 and who might still be at large.

Only one fugitive has been publicly named: Salah Abdeslam, who crossed into Belgium the morning after the attacks.

A street cleaner in a Paris suburb found an explosive vest Monday near the place where Abdeslam's cellphone was found, raising the possibility that he aborted his mission, either ditching a malfunctioning vest or fleeing in fear.

CBS News' senior investigative producer Pat Milton reports that the discarded cellphone believed to have belonged to one of the attackers had encrypted applications on it. The cellphone also had links to maps of the music venue apparently to familiarize themselves with the layout and to help conduct pre-operational surveillance.

Authorities said the device, which did not have a detonator, was found in the southern Paris suburb of Montrouge. A police official said the vest contained bolts and the same type of explosive used in the Nov. 13 attacks.

France's security chiefs held a meeting Tuesday about protection for next year's European soccer championships, being hosted in cities around France. Concerns are especially high because one of the targets of the Nov. 13 attacks was the country's national stadium.

Interior Minister Bernard Cazeneuve also held a meeting with French Muslim leaders, who have denounced the attacks and expressed concern about a backlash on France's largely moderate, 5-million-strong Muslim community.

Meanwhile, President Obama on Tuesday vowed to work even more with allies like France to prevent further terrorist attacks from groups like the Islamic State in Iraq and Syria (ISIS).

"Today, [French President] Francois Hollande and I agreed that our nations must do even more together," Mr. Obama said at a joint press conference at the White House with Hollande. "We'll do even more to prevent attacks at home."

Mr. Obama said the U.S. will do more to quickly share threat information with France, and called on the European Union to implement an agreement to require airlines to share passenger information.