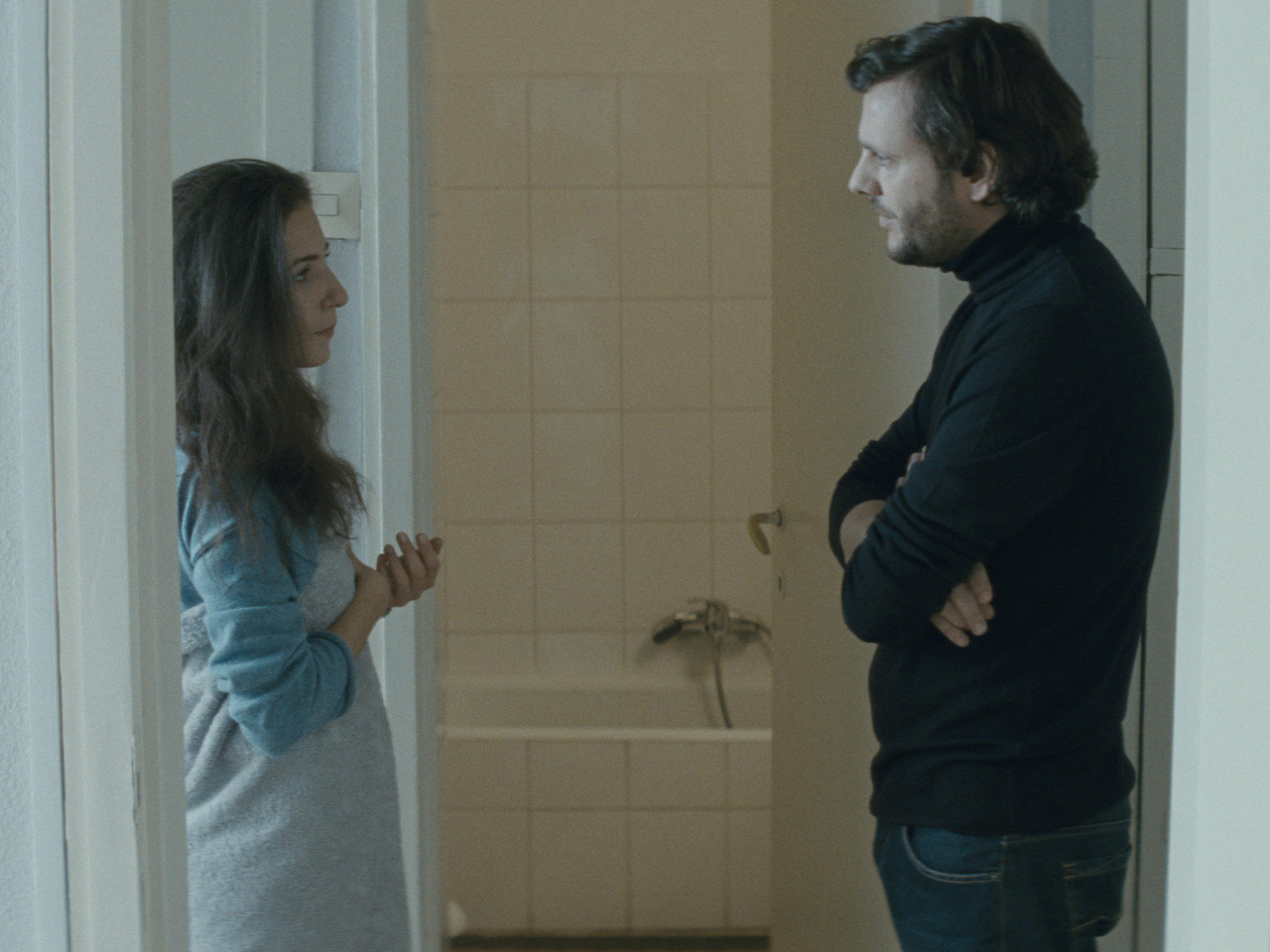 It is almost an inside joke between the director and his audience, when the couple on-screen discusses the technical limitations of shooting on 35mm film versus digital.

The man, a filmmaker, explains that he prefers shooting in long takes because he can achieve a naturalness and truthfulness in the performances better than by editing individual short shots together. (Martin Scorsese and Thelma Schoonmaker might beg to differ.) Your only limitation (he tells the actress with whom he’s having an affair) is the length of the film reel, about 10 minutes.

That opening shot of “When Evening Falls on Bucharest, or Metabolism” (which has its U.S. premiere today at the New York Film Festival) lasts about 10 minutes -- at which point we surmise Romanian director Corneliu Porumboiu is imposing an attitude upon his technology, while professing the technology dictates the shape of his film.

The conceit is not new for Porumboiu, who is best known to U.S. audiences for the post-Communist era comedy, “12:08 East of Bucharest” (2006), and his 2009 drama, “Police, Adjective.” That film, in which an undercover cop trails a suspected drug dealer, likewise was composed of long, often static takes free of dialogue or music. The style worked extremely well in what was a character study of a policeman who questions his assignment.

“Police, Adjective” depicted the mundane drudgery that is much of police work -- standing for hours on cold street corners, filing reports, avoiding meetings with superiors -- while underscoring the protagonist’s doubts about his work and the people he targets.

That same style, however, does not translate well to Porumboiu’s latest, in which a film director, Paul (Bogdan Dumitrache), and a supporting actress, Alina (Diana Avramut), are juggling rehearsals and intimacy. As anyone who has spent time on a movie set can attest, film production can be as mundane and drawn-out as undercover police work, but the director’s shooting style only magnifies the schism between the characters without illuminating their attraction.

The long-take camerawork is used successfully to comical effect as Paul blocks a scene with Alina, in which her character supposedly overhears a conversation from another room after stepping out of the shower. The precision he demands as they debate the consequences of the smallest action -- How long must she blow-dry her hair? Can she actually hear characters in the other room, or is she reacting to a memorized script? Does she brush her dress angrily or thoughtfully? -- is also a test of their relationship’s boundaries.

With Paul’s state of mind being so fragile (as is his health) in the middle of a troubled shoot, the tension that slowly accrues between himself and Alina, unfortunately, does not build to a great insight into relationships, method acting, or the possible doctoring of medical videos (which may or may not represent the key dramatic moment of the film).

The film’s dual title suggests ambiguity; the director has stated that calling his film “When Evening Falls on Bucharest, or Metabolism” leaves one suspended between two states, just as the characters themselves are suspended in a state of not-knowing. Unfortunately, “not-knowing” can be pretty unsatisfying -- even for a moviegoer hungry for naturalness and truthfulness -- when the drama ends as if the camera had just run out of film. It also might have helped if the director hadn’t rejected one of the most elemental and powerful parts of cinema’s vocabulary: the reaction shot.

“When Evening Falls on Bucharest, or Metabolism” has not been rated, but features adult situations. No U.S. release has been announced.