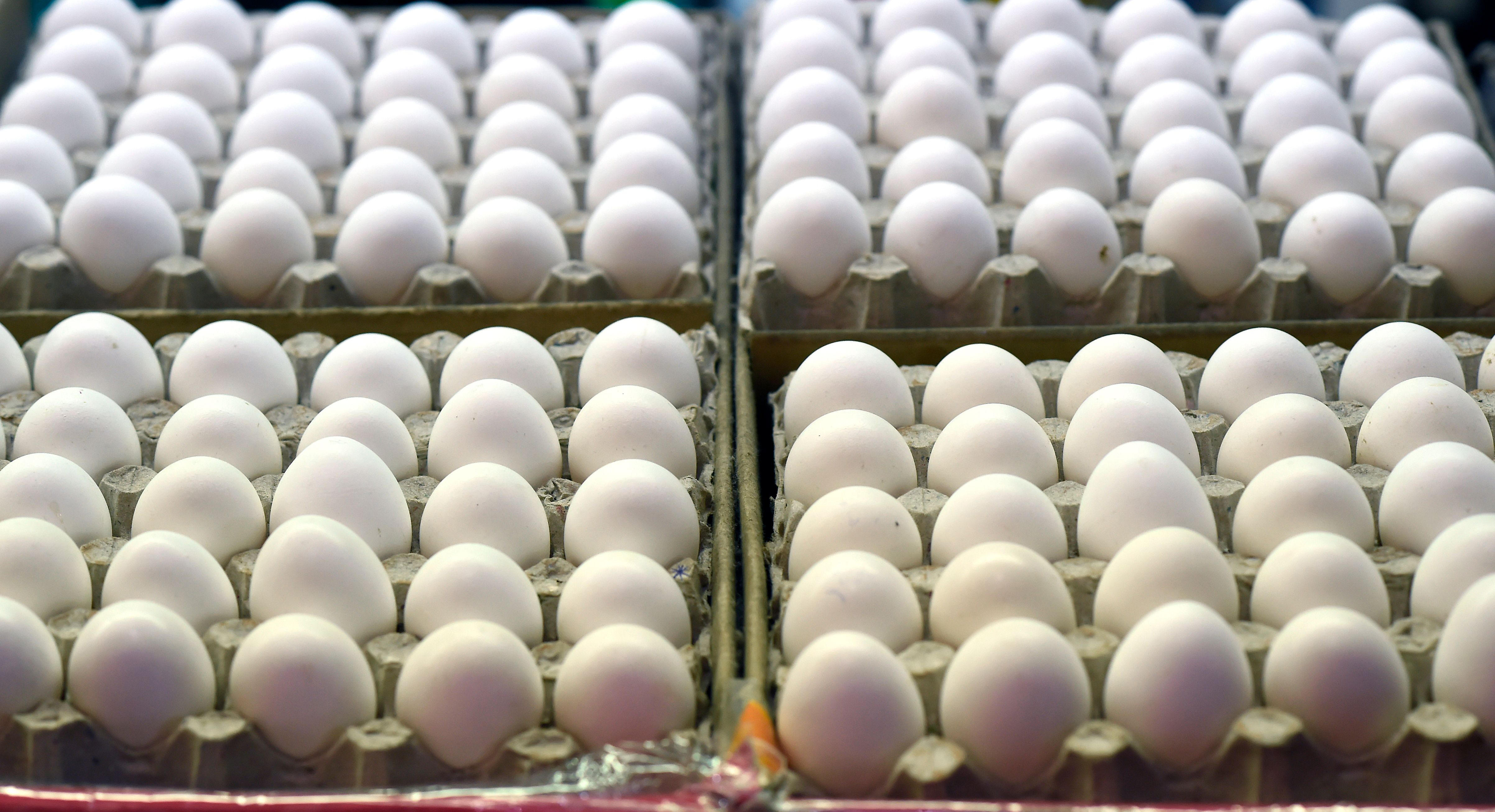 PYEONGCHANG, South Korea -- The Winter Olympics don't officially start until Friday, but someone hoping to deliver in South Korea already has egg on their face. Norway thought it was ordering 1,500 eggs from a Korean distributor for the games but a mistake caused 15,000 to be delivered instead.

With 121 registered athletes and officials on Norway's team, each person could consume a little over 120 eggs before the closing ceremony at the end of the month, the Reuters news agency reports.

"They will probably use them I guess and I don't know, maybe the people that supplied us with them will take them back I don't know," Norwegian chef de mission Tore Ovrebo told Reuters. "It's not a big issue."

The Pyeongchang Games will take place amid rising world tensions and a last-minute rapprochement of sorts between the South and North Korea that may be as much of a show as the games themselves.

Politics are very much in play, but in the end the Olympics are usually defined more by numbers -- like 15,000 eggs -- than philosophies.

With that in mind, here's some numbers that might help make sense of it all:

3 - Mikaela Shiffrin's goal is to do what no skier has ever done - win five gold medals on the slopes. The young American star probably won't do that, but there's a good chance she can win three, something skiers have done only three times. Shiffrin is a prohibitive favorite to defend the slalom title she won in Sochi, a top contender in the giant slalom and the favorite in the combined.

2 - The number of North Korean athletes who qualified for the Olympics on merit. Up to 22 will actually compete in the games, cheered on by a highly choreographed group of singers and dancers, along with the sister of North Korean leader Kim Jong Un.

50 - Miles from the mountains of Pyeongchang to the North Korean border.

4 - The unofficial over-under for the number of halfpipe snowboarders carried off the slopes on stretchers. Shaun White himself was sent to the hospital twice after crashes last year, and defending gold medalist Iouri Podladtchikov was knocked out in a scary crash last month at the Winter X Games.

149 - In Sochi the best teams were made up of NHL players, 149 of them in all. No current players will be in Pyeongchang, after the league decided its best interests were not served by shutting down in midseason for three weeks like it did the last five Winter Olympics.

$900 million - The amount of ads NBC has sold for its broadcast of the games.

14 - The time difference in hours from New York, which is why some of the biggest prime-time events on NBC will actually take place in the morning in Korea.

86 - The number of workers ill with norovirus a day before opening ceremony. The figure is expected to rise, forcing organizers to bring in 900 military personnel to take the place of sick or exposed security workers.

4 - If it's a Winter Olympics there have to be new sports. There are four of them in this Olympics, including a mass start speedskating event featuring 24 skaters that has been compared to a NASCAR race on ice.

168 - Russia is officially banned from the Olympics because of a state-sponsored doping scheme the country carried out in Sochi. But 168 Russians will still compete under a neutral flag as "Olympic athletes from Russia" and 45 others could win last-minute appeals and make their way onto the snow and ice.

100 - The perfect number White scored last month to give him a spot in the snowboard halfpipe. The U.S. star won the first two golds in the sport before flaming out in Sochi.

32 - The temperature water freezes, and also the forecast for Friday night's opening ceremonies. Organizers are giving 35,000 fans heated seat cushions, hand warmers and other gear to ward off the cold in the outdoor stadium, where winds are expected to make it feel like it is in the 20s.