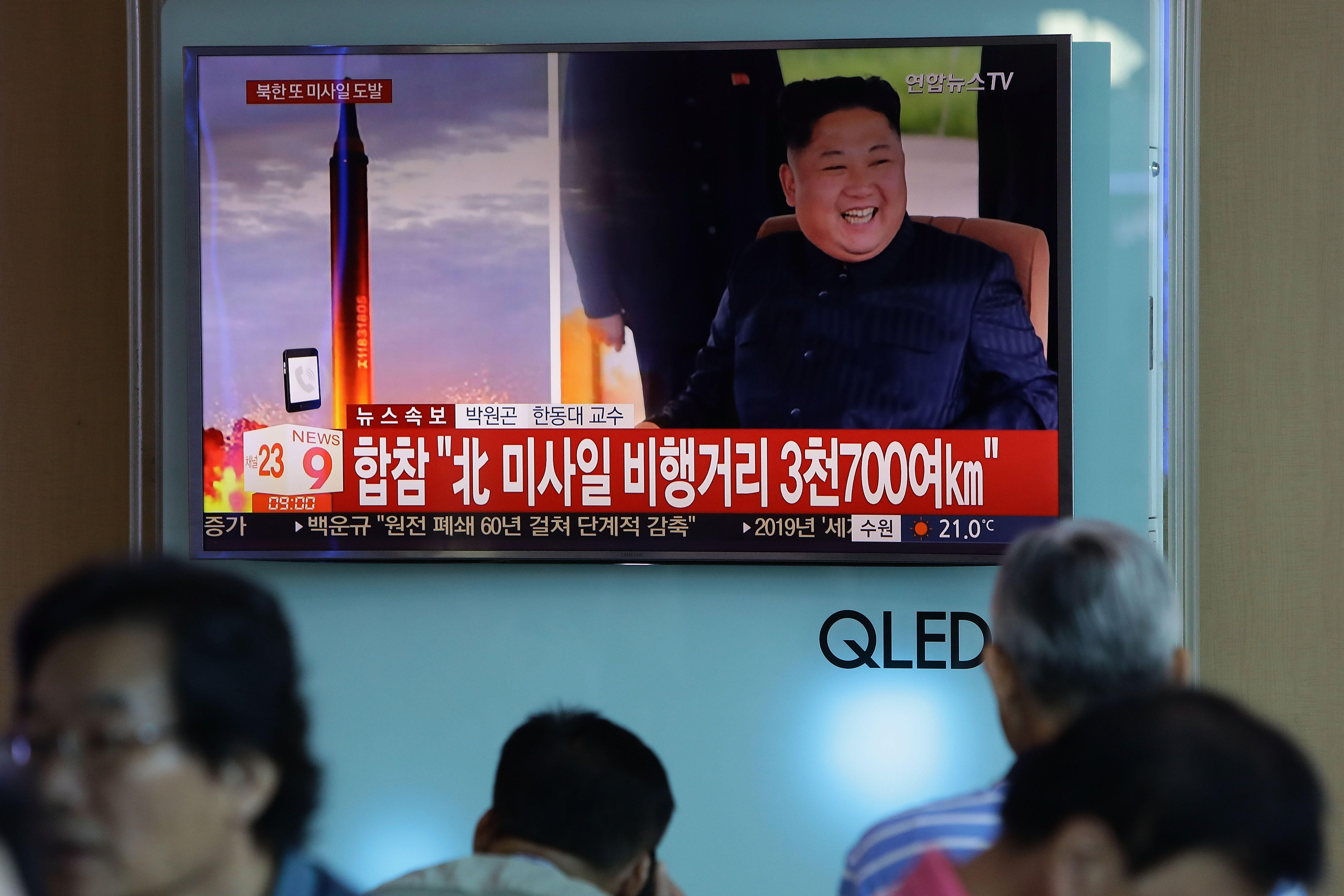 BEIJING -- North Korea faced new outrage Friday morning after conducting yet another missile test. The intermediate-range ballistic missile traveled far enough that, if launched in the right direction, it could reach the U.S. military base on Guam.

The United Nations Security Council, which unanimously approved new sanctions against North Korea this week, was to hold another emergency meeting on the crisis Friday afternoon.

South Korea's military said the missile was launched from an airport near Pyongyang, North Korea's capital. It flew for 19 minutes over the northern Japanese island of Hokkaido before splashing down in the Pacific Ocean.

CBS News correspondent Ben Tracy reports that only a day before firing the missile through Japanese airspace, North Korea said Japan should be "sunken into the sea." So if the goal of the latest round of sanctions was to get Kim to take a break, it didn't work.

Sirens blared in Japan for the second time in three weeks, waking people up with a warning of the North Korean missile flying overhead.

Just six minutes after the launch, South Korea responded by firing off two ballistic missiles of its own, demonstrating a quick response ability in the event of an actual attack.

North Korea has now launched 19 missiles this year alone -- its latest setting a new distance record at about 2,300 miles. It shows that the missile used, believed to have been a Hwasong-12, would have been able to hit U.S. bases on Guam, about 2,100 miles away.

Kim may be trying to show he can make good on his threat to attack the island, and Tracy says North Korea is reveling in its own defiance.

On August 29, North Korea launched its first missile over Japan. Five days later it conducted its sixth and most powerful nuclear test, of what experts believe was a massive hydrogen bomb.

Friday's missile launch appeared to be a reaction to new the new U.N. Security Council sanctions passed Monday, banning the North's textile exports and cutting off about 30 percent of its oil supply.

"I think that North Korea is attempting to play us here," defense expert Tom Karako, a senior fellow at the Center for Strategic and International Studies, tells CBS News. He believes the Kim regime is trying to create chaos, and divide U.S. military alliances.

China supplies 90 percent of the North's oil, but it has resisted a full embargo, fearing the regime would collapse and China would be left with a refugee crisis on its border -- or worse yet, a war.