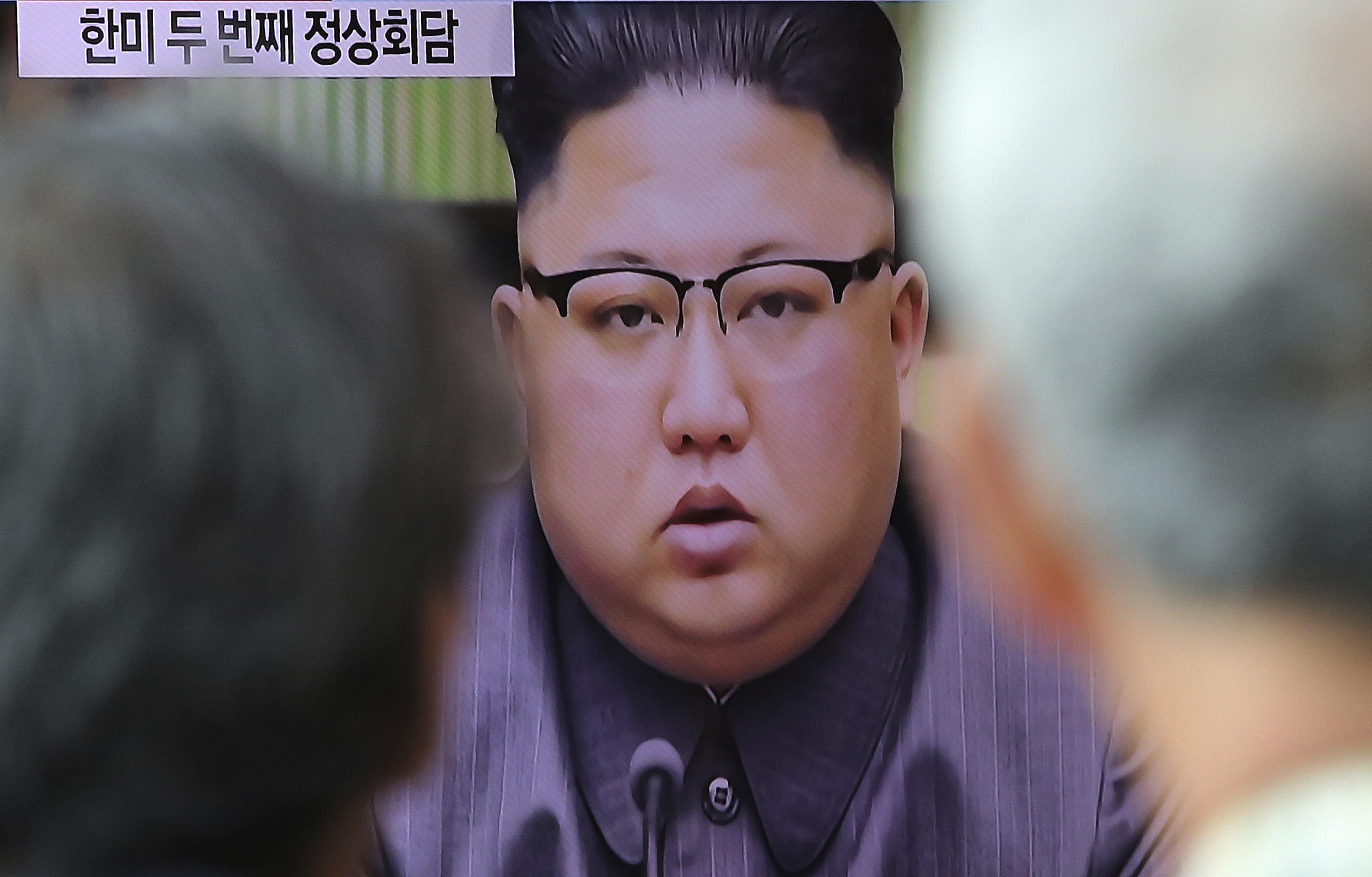 NEW YORK -- North Korean Foreign Minister Ri Yong-ho told reporters on the sidelines of the U.N. General Assembly that Pyongyang might consider testing a hydrogen bomb over the Pacific Ocean after the United States widened economic sanctions against the hermit kingdom.

"I think that it could be an H-bomb test at an unprecedented level, perhaps over the Pacific," Ri said, adding that "it is up to our leader, so I do not know well."

Mr. Trump responded early Friday on Twitter, calling Kim a "madman" and saying he will be "tested like never before!"

Mr. Trump's latest steps to punish foreign companies that deal with North Korea - in the form of further economic sanctions announced Thursday - was the most recent salvo in a U.S.-led campaign to isolate and impoverish the government of Kim Jong Un until it halts its missile and nuclear tests. Mr. Trump announced the measures as he met leaders from South Korea and Japan, the nations most immediately imperiled by North Korea's threats of a military strike.

"North Korea's nuclear weapons and missile development is a grave threat to peace and security in our world and it is unacceptable that others financially support this criminal, rogue regime," Mr. Trump said as he joined Japanese Prime Minister Shinzo Abe and South Korean President Moon Jae-in for lunch. "Tolerance for this disgraceful practice must end now."

Hours later, Kim branded Mr. Trump as "deranged" and warned that he will "pay dearly" for his threat to "totally destroy" the North if it attacks. The rare statement from the North Korean leader responded to Mr. Trump's combative speech days earlier where he not only issued the warning of potential obliteration for the isolated nation, but also mocked the North's young autocrat as a "Rocket Man" on a "suicide mission."

Returning insult with insult, Kim said Mr. Trump was "unfit to hold the prerogative of supreme command of a country." He described the president as "a rogue and a gangster fond of playing with fire." He characterized Mr. Trump's speech to the world body on Tuesday as "mentally deranged behavior."

The statement from Kim Jong Un was very unusual because it came from the North Korean leader himself, rather than state media as most statements do, CBS News correspondent Ben Tracy reports. Also, Tracy says, it was notable for being highly personal and critical of Mr. Trump.

"Foreign financial institutions must choose between doing business with the United States or facilitating trade with North Korea or its designated supporters," the order says. It also issues a 180-day ban on vessels and aircraft that have visited North Korea from visiting the United States.

Mr. Trump also said China was imposing major banking sanctions, too, but there was no immediate confirmation from the North's most important trading partner. China's central bank would not take questions by phone Friday and did not immediately respond to a faxed request for comment.

Mr. Trump praised China for instructing its banks to cut off business with Pyongyang, but neither the Chinese nor Trump officials were ready to say so. Treasury Secretary Steve Mnuchin said he had spoken at length Thursday with the head of China's central bank but "I am not going to comment on confidential discussions."

Mr. Trump said the China action he described "was a somewhat unexpected move and we appreciate it."

China remains leery of pressuring North Korea into collapse and has resisted cutting off its critical oil supplies, not wanting chaos on its border. Along with Russia, China wants the U.S. to seek dialogue with the North. American officials say the time isn't right for any formal diplomatic process. Foreign Minister Wang Yi said Thursday that negotiations are the "only way out" of the nuclear standoff.