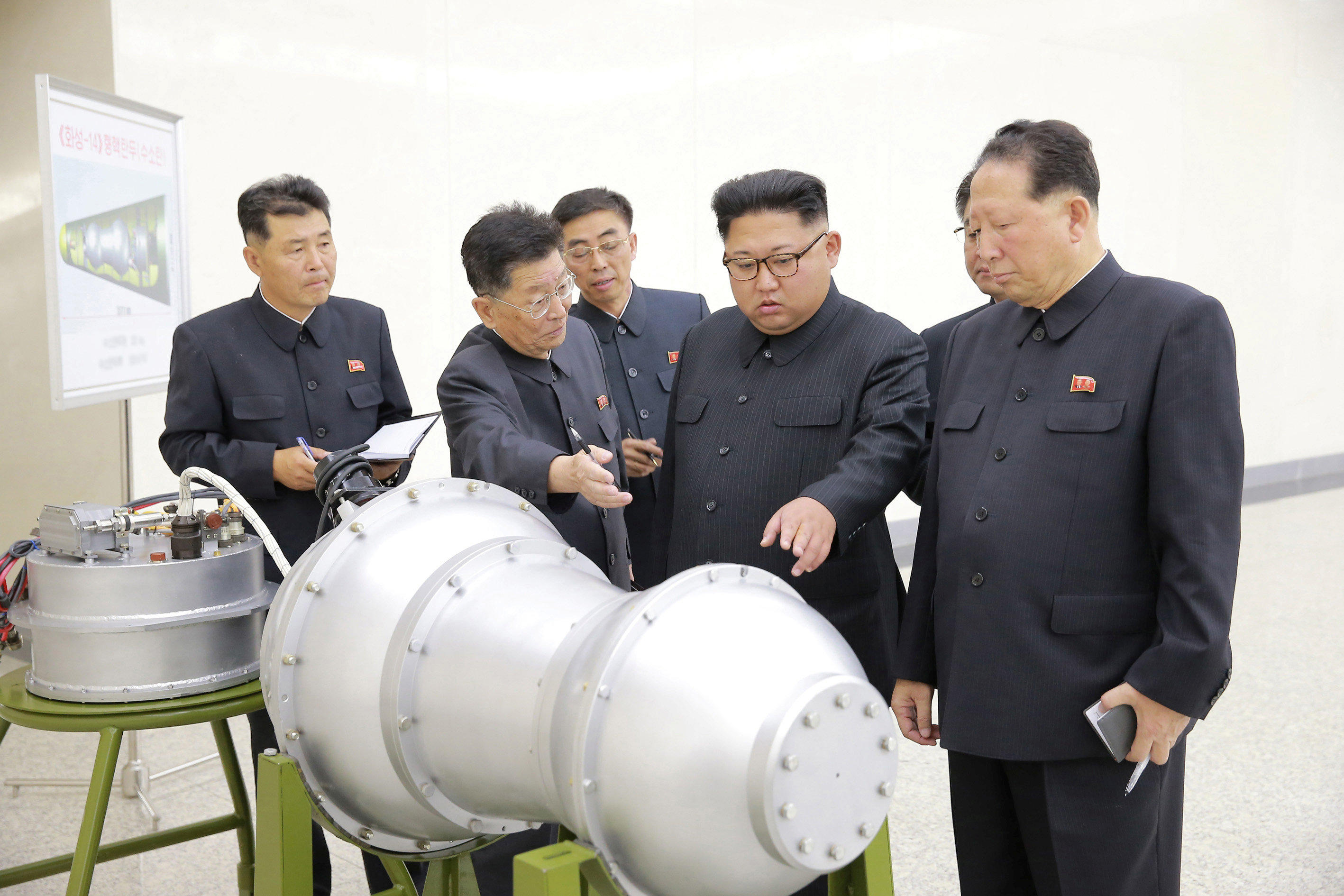 UNITED NATIONS -- North Korean leader Kim Jong Un called President Trump "deranged" and said in a statement carried by the state news agency that he will "pay dearly" for his threats.

Kim said Mr. Trump is "unfit to hold the prerogative of supreme command of a country." He also described the president as "a rogue and a gangster fond of playing with fire."

"I will make the man holding the prerogative of the supreme command in the U.S. pay dearly for his speech calling for totally destroying the DPRK," said the statement carried by North's official Korean Central News Agency in a dispatch issued from Pyongyang on Friday morning.

DPRK is the abbreviation of the communist country's official name, the Democratic People's Republic of Korea.
"I will surely and definitely tame the mentally deranged U. S. dotard with fire," Kim said. "Dotard" is another word for an old person, considered weak or senile.

The statement responded to Mr. Trump's combative speech at the U.N. General Assembly on Tuesday where he mocked Kim as a "Rocket Man" on a "suicide mission," and said that if "forced to defend itself or its allies, we will have no choice but to totally destroy North Korea."

He said Mr. Trump's remarks "have convinced me, rather than frightening or stopping me, that the path I chose is correct and that it is the one I have to follow to the last."

Kim said he is "thinking hard" about his response and that Mr. Trump "will face results beyond his expectation."

It is unusual for the North Korean leader to issue such a statement in his own name. It will further escalate the war of words between the adversaries as the North moves closer to perfecting a nuclear-tipped missile that could strike America.

In recent months, the North has launched a pair of intercontinental missiles believed capable of striking the continental United States and another pair that soared over Japanese territory. Earlier this month, North Korea conducted its most powerful nuclear test to date drawing stiffer U.N. sanctions.