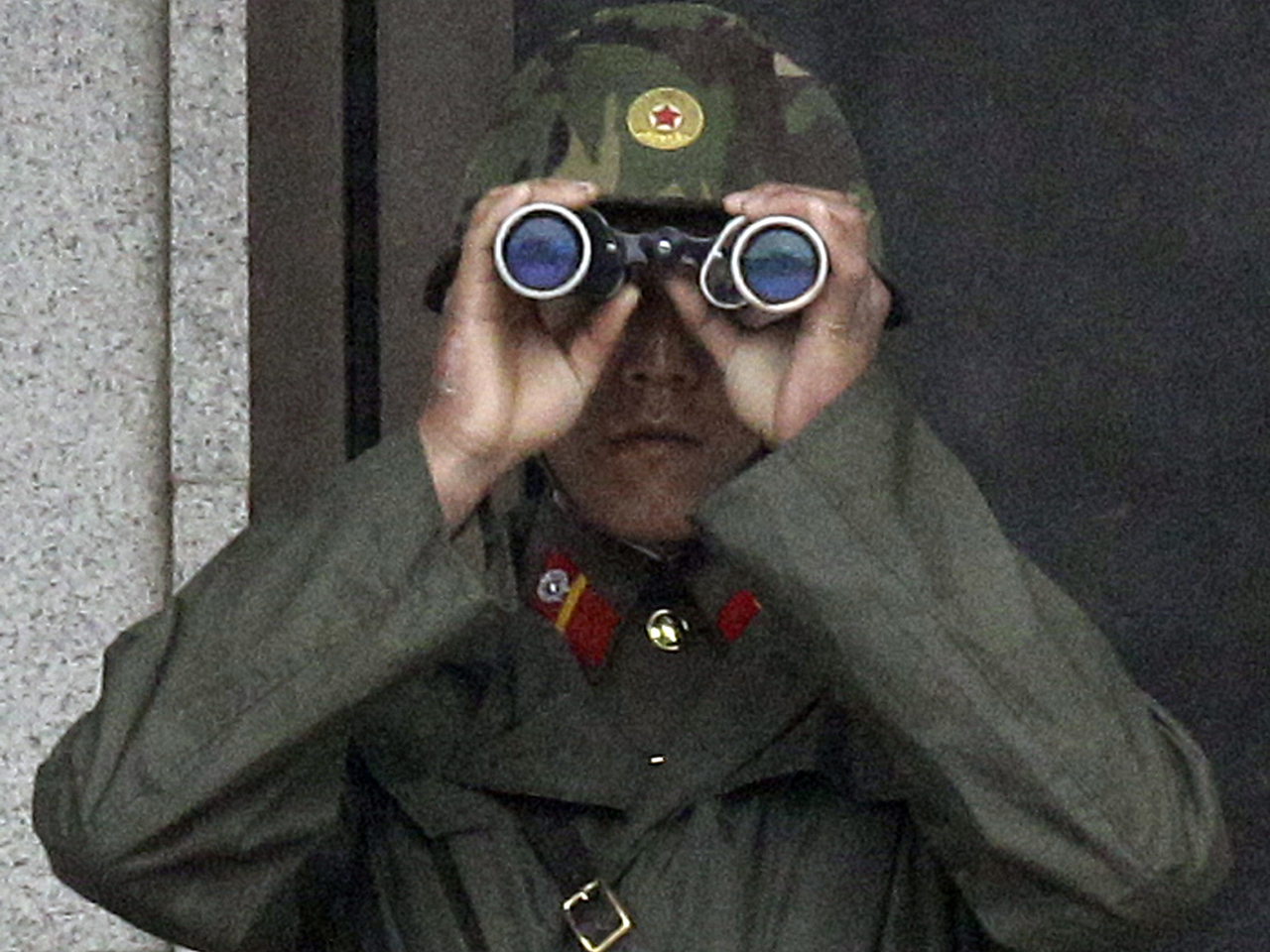 Vice Marshal Ri Yong Ho emphasized the importance of strengthening the military to defend North Korea against threats it sees from the United States and South Korea. He called his nation a nuclear and military power and praised new leader Kim Jong Un, believed to be in his late 20s, as a "military strategist" who has been giving the army guidance for years.

"The Korean People's Army is armed with powerful modern weapons ... that can defeat the (U.S.) imperialists at a single blow," he told party and military officials, using familiar descriptions of the country's rivals.

Previously, the Associated Press reported that Ri said the country was armed with "mobile" weapons, but the AP later reported that "modern" was the correct translation.

The meeting, attended by Kim Jong Un, was held to mark the 80th anniversary of the army's founding. The Associated Press was among foreign news agencies based in Pyongyang allowed to observe the closed meeting at the April 25 House of Culture.

Ri, who is chief of the army's General Staff, did not provide further details about North Korea's weapons, but his call to arms comes as the United States, Britain and others warn the nation against a provocation that would further heighten tensions. The Korean peninsula officially remains at war because the 1950-53 Korean War ended with an armistice, not a peace treaty.

North Korea is believed to have some nuclear weapons but not the technology to put them on long-range missiles.

Earlier this month, North Korea launched a long-range rocket in what its officials called a failed attempt to put a satellite into space. The launch was decried internationally as a banned test of missile technology that also could be used to send an intercontinental ballistic missile topped with a nuclear warhead.

The rocket broke into pieces shortly after liftoff. But the U.N. Security Council later condemned the launch as a violation of resolutions prohibiting North Korea from engaging in nuclear and missile activity, and Washington halted a plan to provide Pyongyang with much-needed food aid in exchange for a moratorium on nuclear and missile tests.

On Monday, North Korea responded to U.S. and South Korean criticism with threats to reduce South Korean targets "to ashes" within minutes in a particularly sharp warning that followed days of protest rallies held nationwide.

There also are worries that North Korea may conduct a nuclear test, as it did after rocket launches in 2006 and 2009. South Korean intelligence officials say recent satellite images show the North has been digging a new tunnel in what could be preparation for a third atomic test.

He told reporters in Brazil that he had no knowledge of any specific actions being planned by North Korea but said he would "strongly urge" the North to avoid any destabilizing acts.