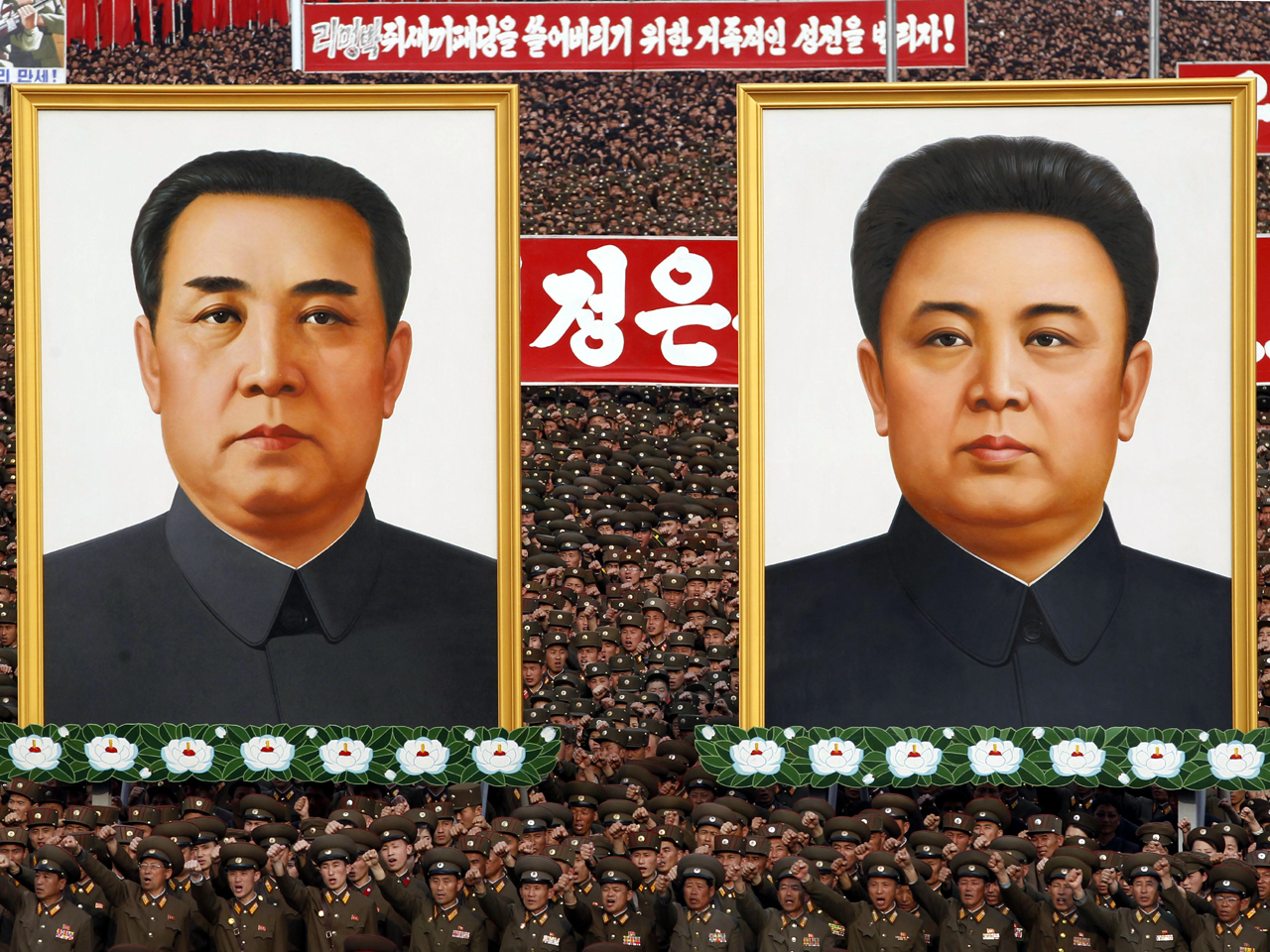 The threat from the North's military leadership comes amid concerns that North Korea may be plotting another provocation in the wake of an unsuccessful rocket launch condemned by the U.N. Security Council as a violation of a ban against missile activity.

North Korea characterized the April 13 rocket launch as a failed bid to send a satellite into space — not a disguised test of missile technology — but then followed up two days later by unveiling a new long-range missile at a military birthday parade for late President Kim Il Sung.

There are new concerns that North Korea may conduct a nuclear test as it did after rocket launches in 2006 and 2009. South Korean intelligence officials say recent satellite images show the North has been digging a new tunnel in what could be preparation for a third atomic test.

"Nuclear weapons are not the monopoly of the United States," Lt. Col. Nam Dong Ho told The Associated Press on Monday on the North Korean side of the Demilitarized Zone, saying North Korea needs atomic weapons to defend itself against the threat of attack from the U.S. "It's my personal opinion, but I think we'll continue to conduct nuclear tests."

On Monday, the military warned in a statement carried by state media that it would launch "special actions" soon against the South Korean government and conservative media.

However, there was no outward sign of tension on the North Korean side of the Demilitarized Zone. At Panmunjom, small groups of tourists were touring the "peace" village and the buildings where the Korean War armistice was signed in 1953. The South Korean side was quiet.

For days, North Korea has railed against South Korean President Lee Myung-bak and conservative South Korean media for criticizing its rocket launch and the celebrations of the centennial of Kim Il Sung's birth.

But Monday's message, distributed by the state-run Korean Central News Agency and attributed to the "special operation action group" of the Korean People's Army's Supreme Command, was unusual in its specificity.

"Once the above-said special actions kick off, they will reduce all the rat-like groups and the bases for provocations to ashes in three or four minutes, in much shorter time, by unprecedented peculiar means and methods of our own style," it said.

The threat comes as North Korea's new commander in chief, Kim Jong Un, makes a strong show of support for the "military first" policy championed by his father, late leader Kim Jong Il. North Korea marks the 80th anniversary of the founding of its army Wednesday.

Seoul expressed worry that the threats were hurting relations between the countries and increasing animosity.

"We urge North Korea to immediately stop this practice," Unification Ministry spokesman Kim Hyung-suk told reporters, according to the ministry. "We express deep concern that the North's threats and accusations have worsened inter-Korean ties and heightened tensions."

A South Korean Defense Ministry official, speaking on condition of anonymity in line with departmental rules, said no special military movement had been observed in the North.

In November 2010, after issuing a warning to the South Korean government, North Korean troops showered artillery on a front-line island in disputed western waters held by South Korea. The attack killed four people, including two civilians.

However, it is unlikely that North Korea would launch a large-scale military attack against Seoul, which is backed by nearly 30,000 U.S. troops stationed in the South, said Kim Young-soo, a professor at Sogang University in Seoul.