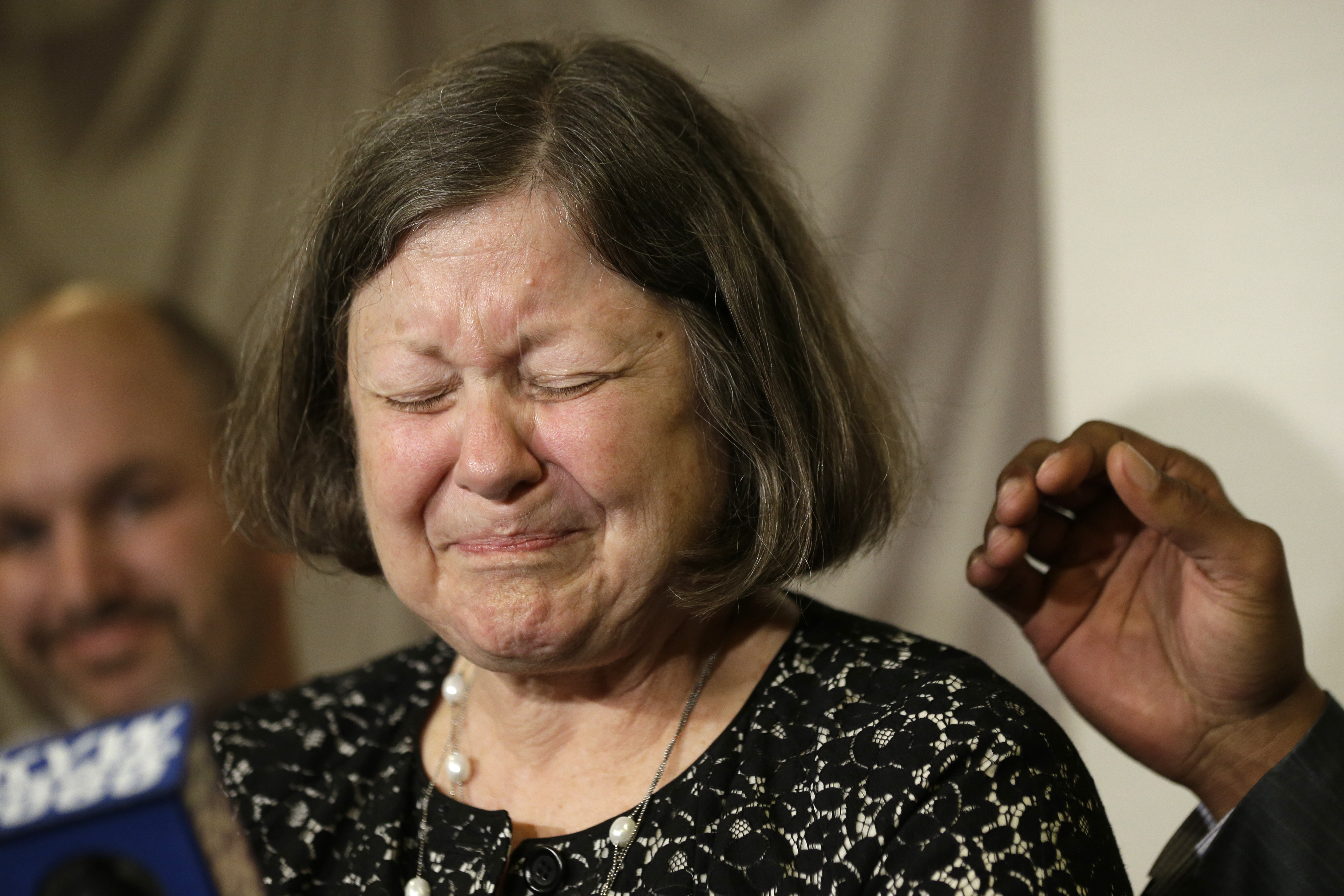 PHILADELPHIA Former NFL players trying to sue the league over concussion-linked injuries argued in court Tuesday that the NFL "glorified" violence and profited from damaging hits to the head.

Players' lawyer David Frederick also accused the league of concealing the emerging science about concussions over several decades, even after creating a Mild Traumatic Brain Injury committee in 1994.

"It set up a sham committee designed to get information about neurological risks, but in fact spread misinformation," Frederick argued at a pivotal federal hearing to determine if the complaints will remain in court or be sent to arbitration.

U.S. District Judge Anita Brody's decision could be worth billions to either side.

About 4,200 of the league's 12,000 former players have joined the litigation. Some are battling dementia, depression or Alzheimer's disease, and fault the league for rushing them back on the field after concussions. Others are worried about developing problems and want their health monitored.

NFL lawyer Paul Clement insisted that teams bear the chief responsibility for health and safety under the players' collective bargaining agreement, along with others.

"The one thing constant throughout is these agreements put the primary role and responsibility on some combination of the players themselves, the unions and the clubs," Clement argued.

"The clubs are the ones who had doctors on the sidelines who had primary responsibility for sending players back into the game," he added at a news conference after the 40-minute hearing.

U.S. District Judge Anita Brody appeared most interested in whether the contract is sufficiently specific about health and safety issues to keep the matter in arbitration.

"The thing that concerns me is you say it talks about it `all over,"' Brody said to Clement. "It has to be really specific. That's what I have to wrestle with."

Brody is not expected to rule for several months, and the cases could take years to play out if her ruling is appealed, as expected.

Players' family members on hand for the hearing included Kevin Turner, a former Philadelphia Eagles running back now battling Lou Gehrig's disease; Dorsey Levens, a veteran running back who made a 2012 documentary on concussions called "Bell Rung" and Mary Ann Easterling, whose husband, former Atlanta safety Ray Easterling, was the lead plaintiff in the litigation before he committed suicide last year.

Attendees might have momentarily thought they were on the playing field, as a power problem at the federal courthouse caused muggy conditions in the courtroom. The judge insisted that the well-heeled crowd of lawyers remove their suit jackets. Frederick did so, while Clement declined.

Both more typically find themselves at the U.S. Supreme Court, where Clement has fought gay marriage laws and state health care mandates, and Frederick has pursued consumer protection cases.

Their very presence signaled the importance of the litigation to both sides, on both a financial and public-relations grounds.

Recent studies of the brains of dead athletes and others shows that most had signs of brain damage after suffering repeated head injuries.

And a study published in December by the Boston University School of Medicine reported on the autopsies of 85 brain donors.

Cantu's colleague, Dr. Ann McKee, told CBSNews.com in Julythat CTE can only be detected after death by staining tau protein deposits in brain tissue - a complex, several-month process that she compared to developing a photograph.

Last year, McKee concluded that Dave Duerson, a former NFL player who committed suicide, had "moderately advanced" brain damage related to blows to the head. In January, the the National Institutes of Health announced that Seau had CTE when he committed suicide last May.

In September, the NFL announced a donation of $30 million for medical research to the Foundation for the National Institutes of Health, the fundraising arm of the NIH.

Goodell said the research could benefit athletes and potential areas of study may include CTE, concussion management and treatment and disorders from later in life such as Alzheimer's.

In November, Goodell talked to "CBS This Morning" about the growing concerns surrounding the safety of players (watch video at left).

Former prosecutor on why FBI search of Trump's Mar-a-Lago is "high-stakes"
Thanks for reading CBS NEWS.
Create your free account or log in
for more features.
View CBS News In
CBS News App Open
Chrome Safari Continue
Be the first to know
Get browser notifications for breaking news, live events, and exclusive reporting.