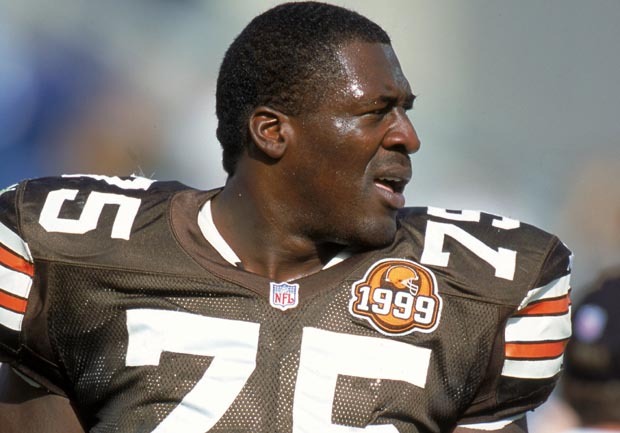 (AP) ATLANTA - Four former players have filed the latest lawsuit claiming the NFL didn't properly protect its players from concussions, citing the bounties paid to New Orleans Saints players for hard hits as just the most recent evidence of the league's violent culture.

The lawsuit, filed Monday in state court in Atlanta, said the Saints' pay-for-pain system was another example the league "explicitly relied on violence" and neglected to educate players on the dangers of concussions. The NFL's investigation found that former Saints defensive coordinator Gregg Williams offered thousands of dollars in cash payouts for violent hits over the past three seasons.

Ex-players Myron Guyton, Lomas Brown, Jessie Small and Willie Whitehead do not claim in their lawsuit to be victims of Williams' bounty system but cite it as the latest example of a culture that has left former players with debilitating conditions.

"There is nothing new or unique about what Gregg Williams said. Although the NFL has now punished Williams and the Saints, for almost its entire history the NFL glorified violent hits," said the complaint. "It encouraged its players to think of themselves as gladiators. But, along the way, the NFL failed to educate its players about the consequences of such a win-at-all costs mentality."

"It stands in contrast to the league's actions to better protect players and advance the science and medical understanding of the management and treatment of concussions," he said.

Guyton played for the New York Giants and New England Patriots in the 1980s and 1990s; Brown played for five teams over a 17-year career that ended in 2002; Small played for the Philadelphia Eagles, the Phoenix Cardinals and the Houston Oilers between 1989 and 1993; and Whitehead played for the San Francisco 49ers and New Orleans Saints from 1995 to 2006.

Atlanta attorney and NFL agent Von DuBose filed the lawsuit on behalf the four players and their wives. He said the men suffer from memory loss, headaches, depression and other symptoms characteristic of those with traumatic brain injuries. They are among more than 1,000 former NFL players suing the league, according to lawyers involved. The cases say not enough was done to inform players about the dangers of concussions in the past, and not enough is done to take care of them today.

"I've been hearing this stuff for years. And it instantly made sense when this concussion information started to come out," said DuBose. "The dots started to connect."

Gabe Feldman, a sports law professor at Tulane University, said the reference to the bounty system could help plaintiffs paint a picture of the sport as "not only violent but unnecessarily violent." And though he doubts the new claim will be a "game changer," he still expects more lawsuits to cite the scandal.

"It certainly could be persuasive in the eyes of a jury," he said.

The complaint filed Monday said the league encouraged players to view themselves as warriors and sold films that lionized the most brutal hits, such as 1992's "The Best of Thunder and Destruction." It includes the cover of the VHS tape, which shows a player striking the back of an opponent's head while a teammate tugs the same player's facemask.

"This gladiator mentality may have allowed the NFL to generate enormous profits, but it has left its players with serious life-altering injuries, including various degrees of brain damage," the complaint said.

As recently as 2009, NFL commissioner Roger Goodell did not acknowledge a link between head injuries on the field and brain diseases later in life. But the league has taken steps to better protect players in the past few years, and last month expanded the definition of "defenseless players" who may not be hit in the head or neck.

The Saints case is an example, though, of the competing messages that linger in some locker rooms.

The league's investigation found that Williams' bounty system offered off-the-books cash payments of $1,500 for "knockouts," in which an opposing player was knocked out of a game, or $1,000 for "cart-offs," in which an opponent needed help off the field. The league has said the bounty pool grew as large as $50,000, and that as many as 27 Saints defenders may have taken part.

The investigation led to the indefinite suspension of Williams, who has apologized for the running the system, and the season-long suspension of Saints coach Sean Payton, who was found to have initially lied about the existence of a bounty program and instructed his defensive assistants to do the same.

The lawsuit filed Monday seeks to force the NFL to better educate players on the dangers of traumatic head injuries during the crucial period immediately after the draft.

"That's when the guys are most impressionable," said DuBose. "One of the things that retired athletes tell me is that they could have changed their style of play if they had known. They could have done something else, but they were robbed of the information because the information flow was so one-sided."