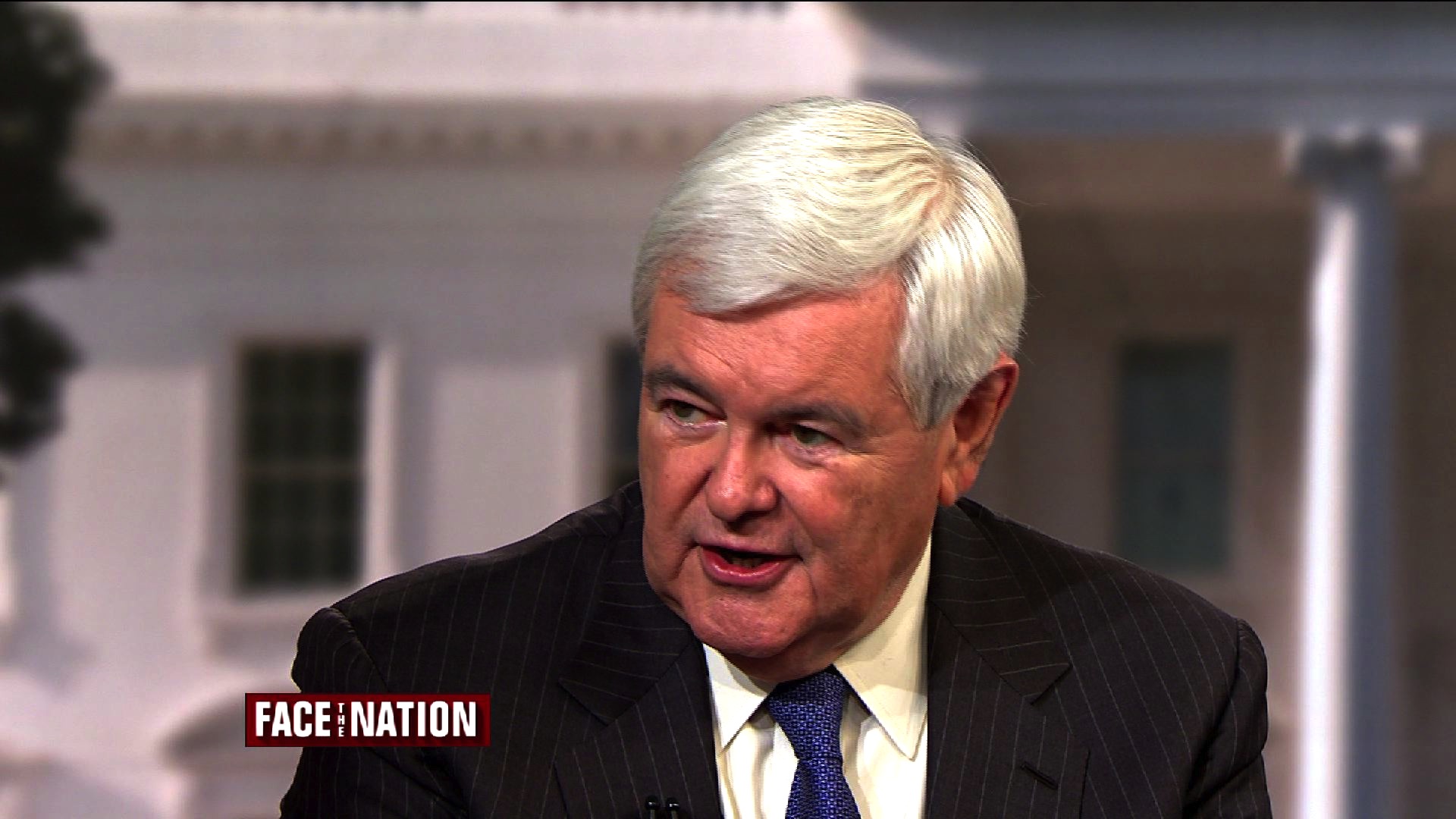 Former House Speaker and presidential candidate Newt Gingrich said on "Face the Nation" Sunday that President Obama and Attorney General Eric Holder have passed up the opportunity to improve race relations in America over the past six years.

"Six years into their effort, we are, in some ways, further apart, not closer together. That's a tragic failure of leadership at the very top," Gingrich said on CBS' "Face the Nation" Sunday.

When host Bob Schieffer asked if he was saying recent tensions are Mr. Obama's fault, he said, "The president spends a lot of his time using language which is divisive, automatically jumps to conclusions about things he doesn't know. I'm saying the Attorney General, clearly, has given speeches that are divisive. And I'm just suggesting to you, this is a tragic lost opportunity."

"You would think that six years into the first African-American president, there would be a sense in the community of us coming closer together. That hasn't happened," he added.

Gingrich said that the two former New York City mayors, Rudy Giuliani and Mike Bloomberg, have done "the most" to save African American lives in the city.

"Their policing techniques, led by Chief Bratton, who invented them, actually saved thousands of lives by focusing on crime in a very intelligent way. And candidly, if Chicago were being as aggressive about it as New York, you'd be saving hundreds of African-American lives a year in Chicago," Gingrich said. The Chicago mayor is Rahm Emanuel, a former chief of staff to Mr. Obama.

Gingrich said there are steps that can be taken to mitigate the problems, including criminal justice reforms that reduce the number of people in prison, especially young men. He also said there should be "serious hearings at the federal level."

Moreover, he said, "there has to be some recognition -- and this will probably get me in trouble -- young people should be told, when a policeman tells you to stop, stop."

"We investigated the Affordable Care Act, a dozen hearings, three dozen hearings. We need to look at this. Because this is something that affects a very significant part of our population," Cummings said. "We need to deal with this. And we can deal with it."

He echoed many other leaders in saying that the frustration stems from a feeling that justice is applied unevenly across the country, and that there is too little dialogue between police and the communities that they protect.

In order to establish trust, he said there needs to be better tracking of police work to find out how widespread racial disparities in policing are across the country, more training for officers, and accountability when excessive force is used. "It's not about moving to common ground. We're beyond that. We've got to move to higher ground. Because this has got to be a win-win for everybody," he said.

Other lawmakers share Cummings' optimism that the problems can be addressed.

"We need a very strong police department that continues to keep crime down and we need good community police relations. They've started to talk to one another on both sides and that's going to continue. I don't think the chasm is unbridgeable," Sen. Chuck Schumer, D-New York, said in a separate interview.

Schumer declined to weigh in on a comment by Giuliani, who said last week on "Face the Nation" that de Blasio should apologize to police officers for making comments that were sympathetic to the people who protested the Brown and Garner deaths.

11/14: Face the Nation with Margaret Brennan

Full transcript of "Face the Nation" on November 21, 2021
Rebecca Kaplan