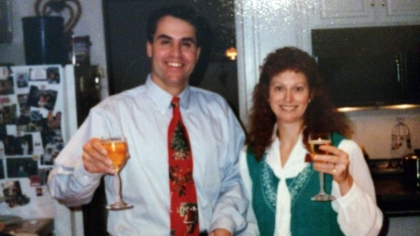 DENVER - The case against a suburban Denver man accused of pushing his second wife to her death off a cliff in Rocky Mountain National Park could be bolstered after a coroner's ruling in the death of his first wife.

CBS Denver reports the Douglas County coroner has changed the manner of death of Harold Henthorn's first wife, Sandra Henthorn, from accidental to "undetermined." She was crushed to death when a car slipped off a jack while she and her husband were changing a flat in 1995. Authorities said Harold Henthorn subsequently collected $460,000 in life insurance proceeds from Sandra Henthorn's death, reports the station.

Sheriff's spokeswoman Deborah Sherman has said the death investigation was reopened because of the death of Harold Henthorn's second wife.

Harold Henthorn is accused of pushing his second wife, Toni Henthorn, off a cliff in a remote area of the national park in 2012. He is charged with murder in that case, has pleaded not guilty, and is scheduled for trial in May 2015.

Henthorn has not been charged in the death of his first wife.