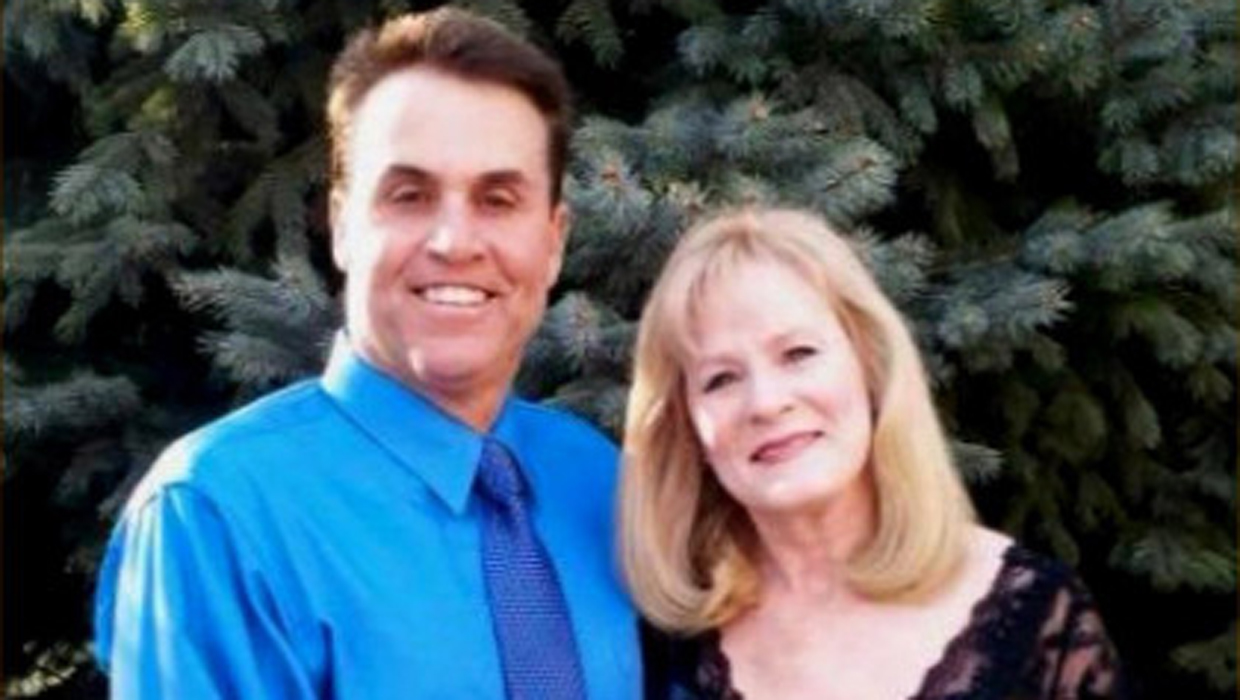 DENVER - A suburban Denver man charged with pushing his wife to her death off a cliff in Colorado's Rocky Mountain National Park could not explain to investigators why he had a park map with an "X'' drawn at the spot where she fell.

Newly unsealed court documents say Harold Henthorn denied using the map during the deadly Sept. 29, 2012, hike. But he told friends that he scouted out the park's steep and craggy terrain at least six times, trying to find the perfect place to take Toni to celebrate their 12th year of marriage.

In more than 20 search warrants made public Wednesday, authorities say Henthorn studied the financial statuses of three women and asked his friends whom he should wed before settling on Toni, a successful opthalmologist from Mississippi who also earned money from her family's thriving oil business. The warrants also allege Harold Henthorn gave conflicting stories about what he was doing when his wife fell and may have tried to kill her previously.

Henthorn, 58, was indicted last week on a first-degree murder charge in the death of Toni Henthorn, 50. Prosecutors say she fell more than 140 feet off a cliff in a remote area far from the trail the couple had been hiking.

Henthorn is scheduled to go on trial May 4, reports CBS Denver.

Henthorn told authorities his wife was trying to take a photo of one of the park's majestic views when she slipped, according to the search warrants. The documents describe Henthorn as a controlling and obsessive husband who stood to benefit from his late wife's three life insurance policies totaling $4.5 million.

Prosecutors at a hearing last week said they also believe Henthorn killed his first wife 17 years earlier, though he has not been charged in that case. Sandra Lynn Henthorn, who died in May 1995, was crushed to death when a car slipped off a jack while she and her husband were changing a flat tire. Henthorn received nearly $500,000 from her life insurance policies.

In both of his wives' deaths, investigators said, Henthorn was the lone witness.

He was also the only witness when a 20-foot beam fell on Toni Henthorn while the couple was working at their mountain cabin, according to the documents. Henthorn called for his wife to come outside. Toni Henthorn went outside and bent over to look at something on the ground, then was struck by the beam, her mother told investigators. She told her mother that if she had not bent over, the beam would have killed her.

Relatives and friends told investigators there were other times that they were concerned about the Henthorns' relationship. They said Henthorn controlled his wife's phone calls and limited her contact with their daughter, now 9. A baby sitter wondered if Henthorn was having an affair because he claimed to travel for work so much, the documents show.

He told friends he made money as a fundraiser for churches and nonprofits, but investigators found no proof that he was steadily employed. But they did find he owned a life insurance policy on his former sister-in-law for $400,000. Investigators found the woman and Henthorn had called each other more than 130 times in 2012.

After Toni Henthorn's death, he gave her brothers conflicting information about what he was doing when she fell. One brother told investigators that Henthorn recalled getting a text message about his daughter's soccer match when he "saw a blur, looked up and Toni was gone." He later said he was looking for a text message about his daughter getting to the babysitter's house. Investigators found time stamps on the texts didn't match the timeline Henthorn gave them.

Those close to Henthorn at the funeral said he seemed more distraught over the knowledge that he was under investigation than he did over his wife's death, the documents say. He told one relative that a park ranger had a vendetta against him and had accused him of taking the $12,000 ring off Toni's finger after she had fallen.

If there was an indictment, he said, law enforcement can "come in my house and cabin, and dig for girlfriends in my backyard."