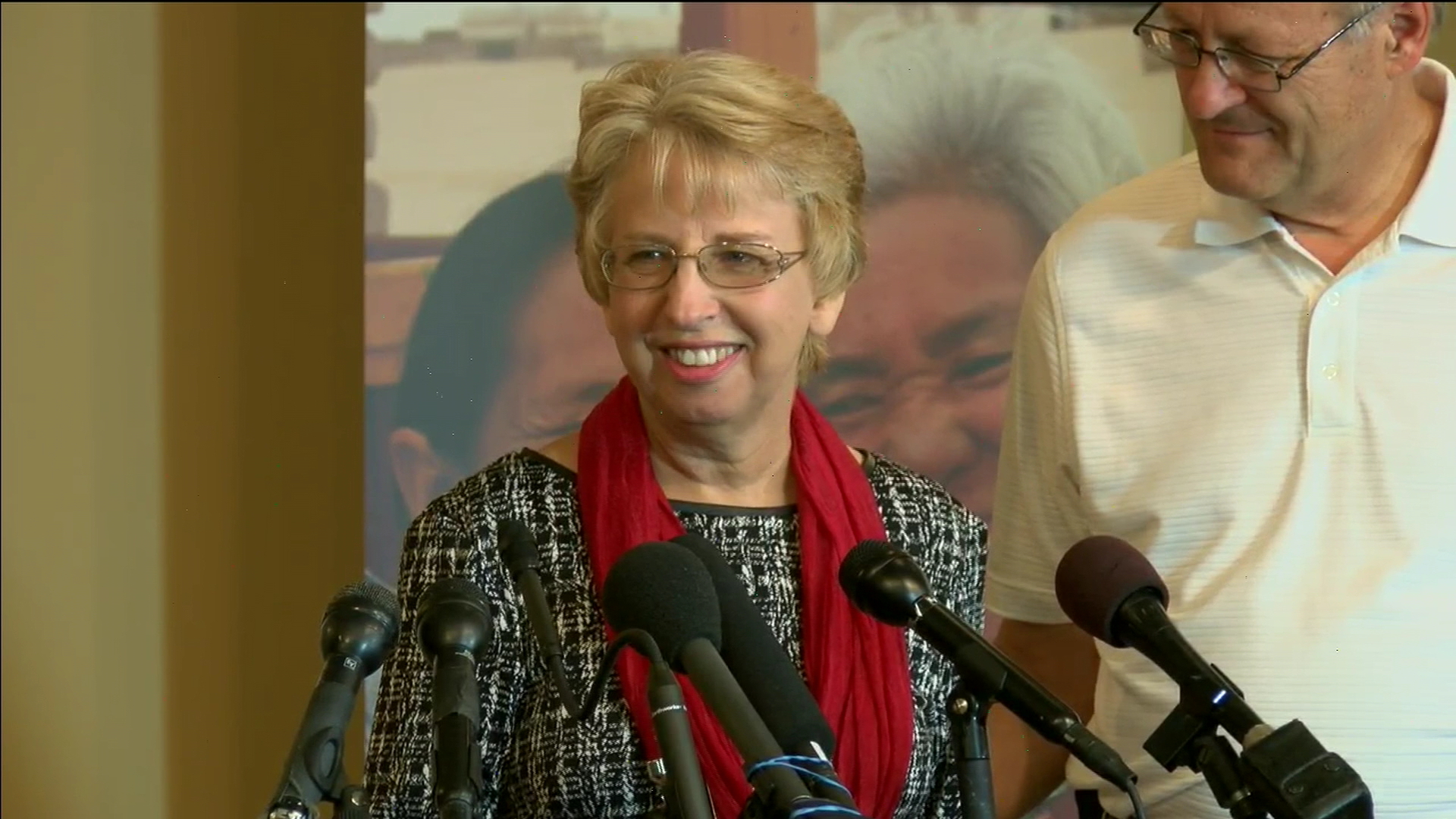 An American missionary who was infected with Ebola in Africa said Wednesday there were "many dark days" during her battle with the virus and said her faith sustained her during the times she doubted she would survive.

Nancy Writebol appeared with her husband David at the U.S. headquarters of the North Carolina-based group Serving In Mission (SIM). Writebol and another American aid worker, Dr. Kent Brantly, were discharged last month from Emory University Hospital in Atlanta.

Writebol, 59, said she first started feeling ill on July 22, and initially thought she had malaria. When her test for Ebola came back positive a few days later, she was whisked away into medical isolation.

She was flown out of the west African nation of Liberia on Aug. 5, three days after Brantly. The two were infected while working at a missionary clinic outside Liberia's capital.

Writebol said that when she reached the airport in Monrovia to be flown home, she was "very, very sick" and said that she wasn't sure she would survive the trip to Atlanta.

"(I thought) I don't even know if I'm going to make it to the United States," she said. "I don't know if I will ever see my dear husband again."

Writebol worked at the mission hospital and was tasked with helping make sure the doctors and nurses who were treating Ebola patients were properly dressed and decontaminated.

"It was a joy to be there," she said. "There was not a fear there. It was a wonderful place to be able to work and serve."

Writebol and Brantly received an experimental treatment called Zmapp, but it's not known whether the drug helped or whether they improved on their own, as has happened to others who have survived the disease. The treatment is so novel that it hasn't been tested in people

Writebol said that she has been asked many times what she thinks saved her - the Zmapp, the medical care or her faith.

"My answer to that question is all of the above," she said.

Meanwhile, SIM identified the third American sickened with Ebola as Dr. Rick Sacra, a Boston-area doctor who decided to return to Liberia after the two others fell ill with the deadly virus.

He said it's not known whether Sacra will return to the U.S. for treatment.