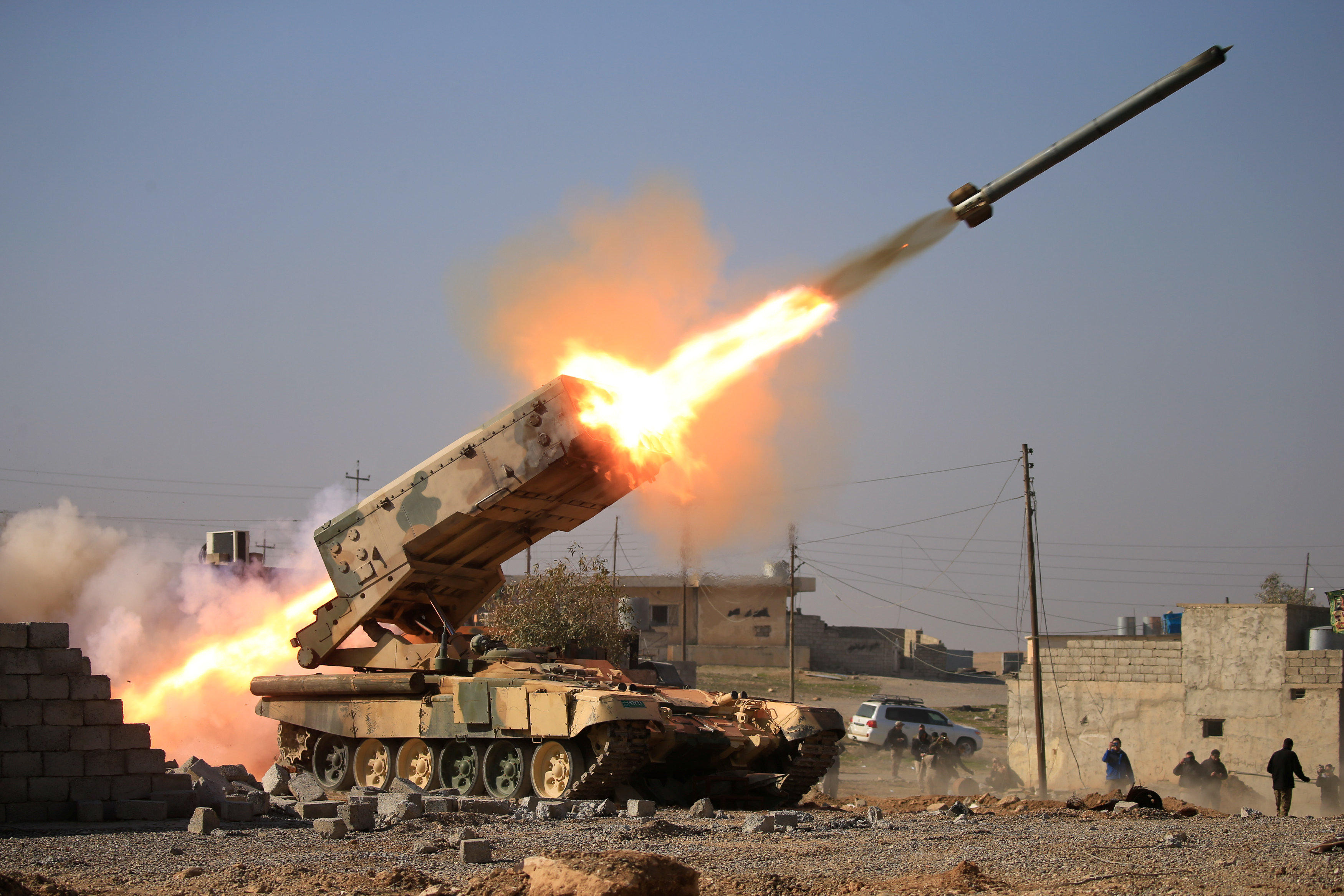 BAGHDAD -- Iraqi federal police pushed their way into the perimeter of Mosul International Airport on Thursday, taking control of the runway amid fierce exchanges of fire with Islamic State of Iraq and Syria (ISIS) militants hunkered down in several airport buildings, police officials said.

The advance came as part of a major assault that started five days earlier to drive ISIS from the western half of Mosul, Iraq’s second-largest city.

Two police official told The Associated Press that after police forces pushed onto the airport grounds and seized the runway, they came under heavy fire from inside the buildings at the site, including the main airport building.

The officials would not provide more details but said heavy exchanges were underway. They said troops from the U.S.-led coalition were with the advancing forces, though they didn’t specify the nationalities of the foreign forces. The officials spoke on condition of anonymity because they were not authorized to talk to reporters.

There are currently about 5,000 U.S. troops in Iraq supporting the domestic forces, and President Trump has given his military commanders until next week to present a new plan to expedite the fight against ISIS in both Iraq and Syria.

Speaking to CBS News’ David Martin, the commander of U.S. forces in the Middle East, Gen. Joseph Votel, said he would not hesitate to request more American boots on the ground in Iraq or Syria if necessary, and he believed that an increased pressence could prove particularly useful in Syria.

Among the thousands of U.S. troops in Iraq, Martin says there are about 450 special operations forces moving forward into western Mosul with their Iraqi counterparts -- getting closer to the front lines than ever before.

A commander at an air base in the region told Martin on Thurday that one bomb is falling every eight minutes on ISIS targets in northern Iraq and eastern Syria. It could be more, notes Martin, but the pace of air operations is determined by the pace of ground operations, which is why the Pentagon is considering adding more U.S. troops into both countries.

U.S. commanders have been clear that bolstering America’s presence in the fight would not mean taking over combat from the domestic forces. The strategy of letting local forces do the fighting will remain the same -- what they’re talking about, says Martin, is troops providing greater logistical support and gun fire support.

Martin notes that Gen. Votel’s top field commander has predicted that both Mosul and Raqqa, the ISIS militants’ stronghold in Syria, will be liberated within six months.

By early afternoon, federal police commander, Maj. Gen. Raid Shakir Jawdat told the Iraqi state TV that his troops have control of “more than half” of the airport complex.

Separately, Iraqi special forces entered the Ghazlani military base next to the airport on the southern edge of the city, the spokesman of the Joint Military Operation Command, Brig. Gen. Yahya Rasool, told the AP.

On Sunday, after weeks of preparations, Iraqi forces officially launched the operation to take Mosul’s western half, with the Iraqi regular army and federal police forces taking part in the initial push. Since then, the military says they have retaken nearly 50 square miles south of the city.

“The counterterrorism forces will be an additional force, which will expedite the liberation of Mosul’s western side,” Brig. Gen. Yahya Rasool, an Iraqi military spokesman, told the AP.

The battle for western Mosul, the extremist group’s last major urban bastion in Iraq, is expected to be most daunting yet.

In January, Iraqi authorities declared the eastern half of Mosul “fully liberated” from ISIS.

However, the streets are older and narrower in the western section of the city, stretching west from the Tigris River that divides Mosul into the eastern and western half. The dense urban environment will likely force Iraqi soldiers to leave the relative safety of their armored vehicles. The presence of up to 750,000 civilians will also pose a challenge.

Mosul fell to ISIS in the summer of 2014, along with large swaths of northern and western Iraq.