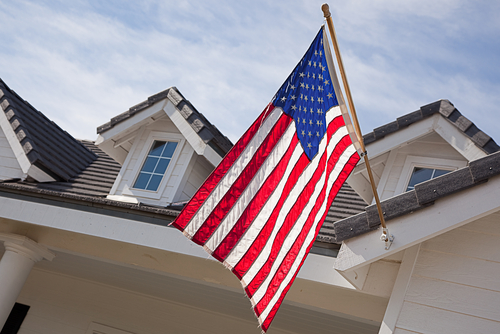 (MoneyWatch) Although mortgage rates hit new lows this week, that decline may not do much to spark the housing market.

Fixed mortgage rates have hit that mark two weeks in a row, according Freddie Mac's latest Primary Mortgage Market Survey. It is also the first time since Oct. 15, 2009, that the 15-year fixed-rate mortgage is lower than the 5-year adjustable rate mortgage. Freddie Mac reported:

Despite that decline, a slowdown in the U.S. economy could stall recovery in the real estate sector. The nation's GDP growth fell to 1.3 percent in the second quarter, representing the slowest growth in a year. Personal income also remains stagnant, with only a 0.1 percent increase in August, while July's increase was revised downward.

Pending home sales also dropped 2.6 percent in August, indicating that the low mortgage rates have yet to lift home sales at the rate most economists would like to see.

But there is some good news. Data released Thursday by the National Association of Home Builders shows improvement in some housng markets. A total of 103 housing markets across the United State qualified to be listed on the NAHB/First American Improving Markets Index (IMI) for October. That's up from the 99 markets listed as improving in September and is the largest number of metros on the IMI since it was created one year ago. A total of 33 states and the District of Columbia are represented on the list.

The metropolitan areas the trade group lists as improving have risen their respective lows in terms of housing permits, employment and house prices for at least six months in a row. New markets to make the IMI include Santa Cruz, Calif.; Pocatello, Idaho; Abilene, Texas; and Savannah, Ga.

In addition to the 11 new housing markets designated in October as improving, 92 metros retained their spots on the list. Comparatively, seven markets slipped from the IMI. "This is an encouraging sign that the housing recovery is proceeding at a steady pace as firming prices and employment help spur new building activity, which in turn generates new jobs and more home sales," said Barry Rutenberg, chairman of the NAHB, in a statement.

Mortgage rates are likely to remain low for a while, giving homeowners an opportunity to refinance. According to Lender Processing Services, a data provider that tracks 40 million mortgages, homeowners are refinancing their mortgages at the fastest pace in seven years to take advantage of the record-low interest rates. LPS estimates that 25 percent of all mortgages are being paid off each year due to refinancings, foreclosure and other borrower defaults.