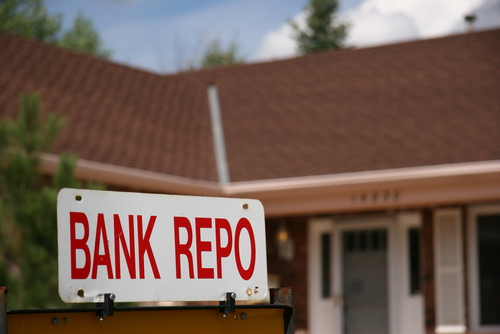 (MoneyWatch) According to Treasury data released last Thursday, the Home Affordable Modification Program (HAMP) reached a new milestone: The one millionth failure of a program trial or permanent modification.

In a recent study, "Policy Intervention in Debt Renegotiation: Evidence from the Home Affordable Modification Program," professors Tomasz Piskorski (Columbia Business School) and Amit Seru (University of Chicago) found that many mortgage servicers did not respond to the incentives offered under HAMP.

All this data raises a question that I've heard over and over again since the program was launched in 2009 -- "If this doesn't work, what will?" There's no easy answer, but it's obvious something needs to change.

Piskorski and Seru suggest one way to increase the number of loan modifications in the residential loan market: Borrow some ideas from the commercial mortgage industry.

"In the commercial mortgage-backed securities market (CMBS) performing loans are handled by primary servicers. Upon the occurrence of certain specified events, primarily serious default, the administration of the loan is transferred to a special servicer," Piskorski said in an interview. "The special servicer is an organization which has better ability to handle distressed loans, including their potential renegotiation."

Seru refers to this special servicer as a sort of "SWAT team for loans."

There are provisions for these transfers in the pooling and servicing agreements, and transfers are anticipated by investors who purchase CMBS securities. For this loan transfer system to work on the residential side, these provisions would need to be implemented. They could be included directly in the documents governing the pool of loans, Piskorski and Seru suggest.

It sounds like a great idea, but it's not without issues. In the commercial market, specialists take on loans worth millions of dollars on properties with more options than a residential home. A specialist can look at a shopping center, see where money is being lost -- below-market rents or unnecessary upgrades, for example -- and advise the owner on how to make changes. Then, based on those changes, the servicer can modify the loan.

On the residential lending side, there is less money and fewer options. While a specialist might be able to sit down with a homeowner and discuss where there's money to be saved, servicers have less incentive to pay for it. A residential home loan is worth millions of dollars less than a loan on a commercial property, which means a foreclosure on a personal residence is not as dire as a foreclosure on an entire shopping center.

Servicers who are better equipped to deal with underperforming loans would likely see a huge influx of new loans, so those who are already actively doing modifications would need to be able to easily scale up their business. Also, as with everything, money is an issue -- "There's an issue of how to properly compensate [servicers] to align their incentives with those of investors in the RMBS market to ensure they renegotiate the right amount of loans."

While servicers are trying to get creative -- taking deeds back and renting homes to homeowners, for example -- there's no easy answer to the problems in today's real estate market. "We've never seen this scenario before," Seru says. "Organizations might change for [monetary] incentives, but we need a 'Plan B.'"