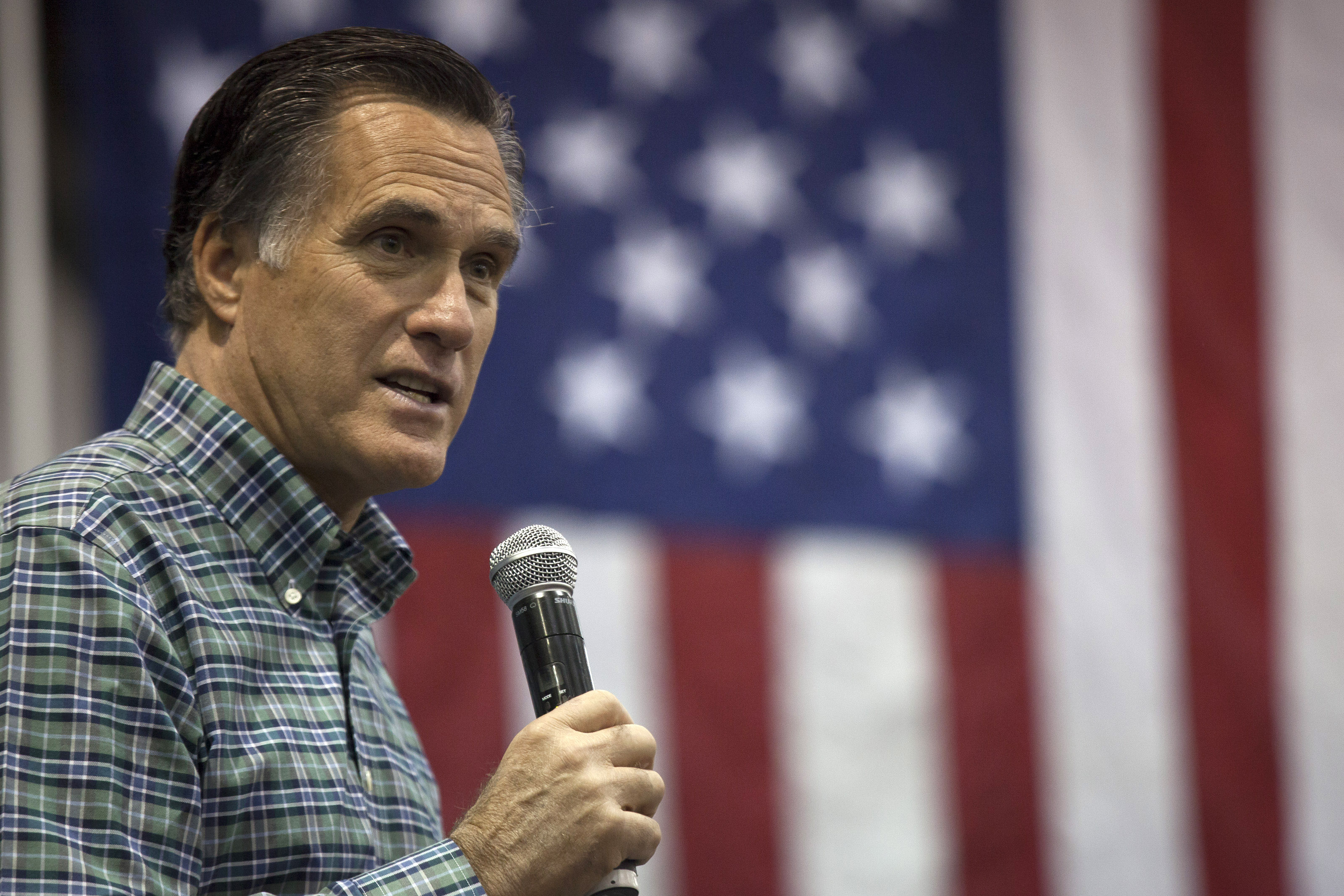 Former Republican nominee Mitt Romney called Wednesday on the 2016 GOP hopefuls to release their tax returns, saying he suspects there's a "bombshell" in frontrunner Donald Trump's -- a comment that prompted Trump to call Romney a "fool."

"We're now, you know, in late February and we still haven't seen either Donald Trump's or Marco Rubio's or Ted Cruz's taxes," Romney said in an interview on Fox News. "Frankly, the voters have a right to see those tax returns before they decide who our nominee ought to be."

In 2012, critics of the then-nominee Romney repeatedly called on him to release his tax returns, an issue that dogged the former Massachusetts governor's campaign for months. This time, though, it's Romney who is going on the attack over GOP candidates' tax returns.

He expressed particular concern about Trump's finances, saying: "I think in Donald Trump's case it's likely to be a bombshell."

"Well, I think there's something there," Romney explained. "Either he's not anywhere near as wealthy as he says he is or he hasn't been paying the kind of taxes we would expect him to pay, or perhaps he hasn't been giving money to the vets or to the disabled like he's been telling us he's been doing."

He also blasted Trump's "weaving and delay" when asked about the release of his tax returns. "I think the last time he was asked about his taxes he said, 'Well, it's going to be a month,'" Romney said. "Look, people have a right to know if there's a problem in those taxes before they decide."

Trump, in a series of tweets Wednesday evening, called Romney a "fool" and said he lost a winnable race against President Obama in 2012.

"Mitt Romney, who totally blew an election that should have been won and whose tax returns made him look like a fool, is now playing tough guy," one tweet read.

"When Mitt Romney asked me for my endorsement last time around, he was so awkward and goofy that we all should have known he could not win!" Trump continued.

Later Wednesday night, asked by CNN whether he would release his returns going forward, Trump said his campaign will "make that determination over the next couple of months."

"Tax returns are very complicated," he said. "I have many, many companies, I have a very complex system of taxes and frankly I get audited every single year. So mine, unlike everybody else who never gets audited, I get audited every year--which I think is unfair. I go through large audits, and that's the way it is."

Romney said that of the five remaining candidates, Trump has the "clearest path" to the GOP nomination--but that if the "field narrows," a non-Trump candidate could end up winning.

"There's no question that Donald Trump has the clearest path to become the Republican nominee," he said. "I think for the other people still in the race their path is becoming a slimmer and slimmer opening. And they're having a difficult time communicating to their supporters just how they could become the nominee."

The 2012 Republican nominee seems like an interesting choice to be calling for the release of candidate tax returns, considering he himself was the target of similar calls both during the Republican primary and the general. That summer, Senate Minority Leader Harry Reid suggested Romney may not have paid taxes for 10 years -- to which Romney replied at the time: "Harry Reid really has to put up or shut up."