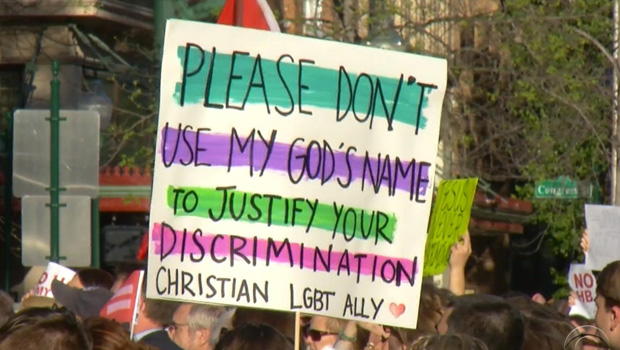 The remnants of the Ku Klux Klan in Mississippi regularly distributes fliers with hateful messages, often neatly packaged in a plastic bag and held down with a rock on people's driveways. It appears to be a tactic used by KKK chapters across the country.

After the massacre at a gay nightclub in Orlando that left 49 victims, the United Dixie White Knights of the Ku Klux Klan Realm of Mississippi did it again. The Sun Herald of Biloxi reports the fliers were left at homes in Gautier and Ocean Springs along the Gulf Coast over the weekend.

In response to news reports of the incident, Brent Waller, who identifies as the Imperial Wizard of the aforementioned KKK group, said it's his right to distribute that hate, despite protestations from locals, and that locals can expect more to come.

"I got the same right under the First Amendment to pass out pamphlets and literature just the same as the newspaper does," Waller told the Hattiesburg American.

Waller said they're legal because "no one's being targeted."

The flier stated, among other things: "Don't let the outside immoral crowds and their news media get your butt in a bind. We will never bow to homosexuality and bestiality or other unnatural sexual perversions that go against the laws of nature and GOD."

Titled "Boycott 101," the flier also talked about other states boycott of Mississippi over its harsh new anti-gay law. Waller said he is tired of outsiders coming into his state "spreading their liberal agenda."

A gay couple who found the flier in their driveway told the Sun Herald they filed a police report, and additionally planned to contact the FBI and Southern Poverty Law Center.

"We're the Klan that's been here since the Civil War," Waller said. "We have long been the voice for the white right wing. People may not like our views, but we are entitled to them.