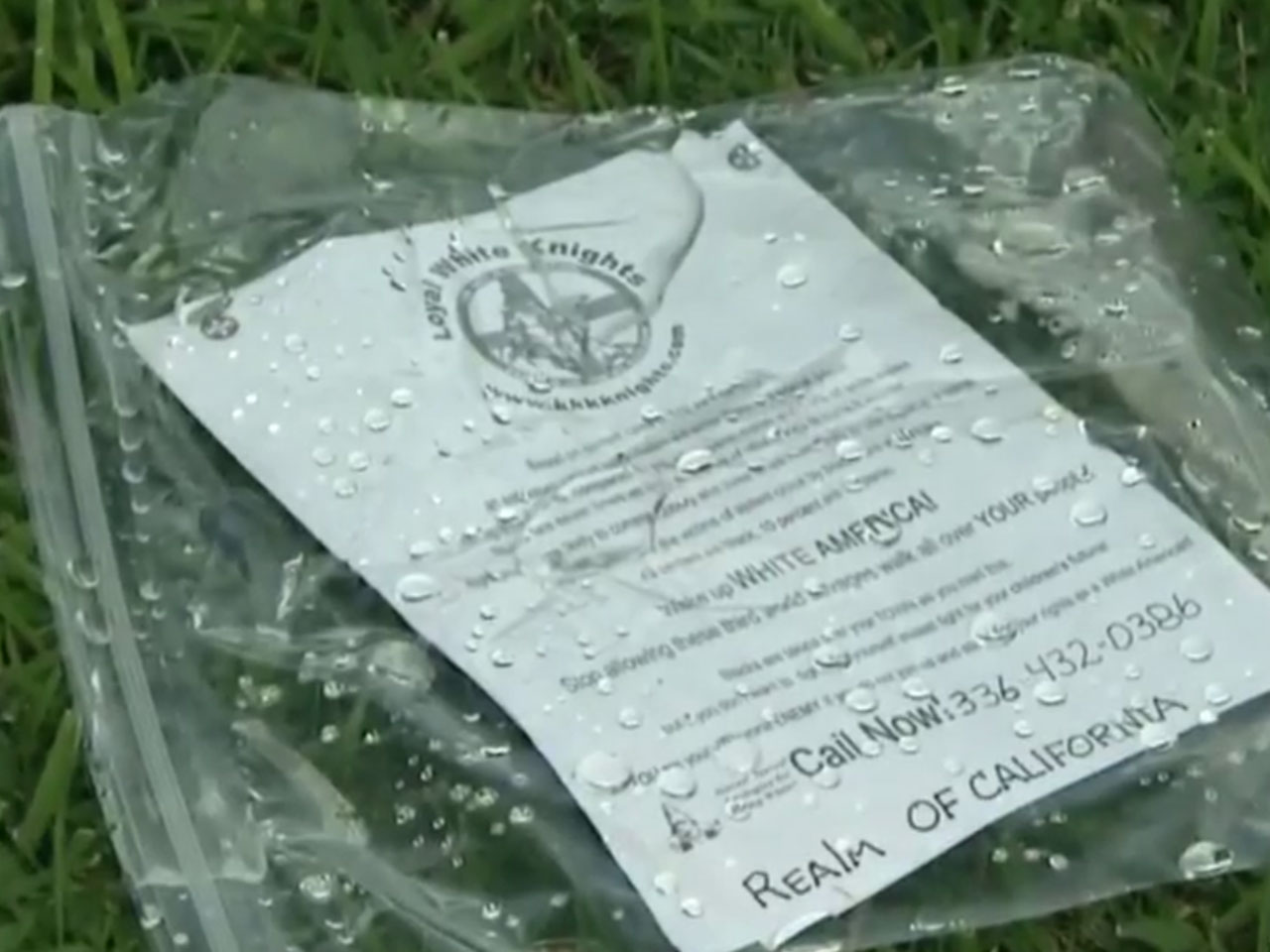 Around 6 a.m. on Sunday, police were first notified by a homeowner that KKK fliers were thrown across residential lawns in Whittier, California, according to Whittier Police Sgt. Aaron Ruiz. The fliers were left inside plastic bags and were weighed down by a Tootsie roll and small rocks.

Ruiz wouldn't say what the message was, but only that "there were no threats on the fliers, just KKK propaganda." The Whittier Police Department says because the fliers did not mention a specific threat, no crime was committed.

This isn't the first time this has happened in California. Just last week KCAL reported that similar KKK propaganda was found in the town of Fullerton. The fliers were scattered in the street and also weighed down by candy.

One resident told KCAL, "I've always thought times have changed, but unfortunately they're not."

Whittier resident Kristin Melendez said the neighborhood is very diverse. When found the flier on her lawn she initially was worried she was being targeted by the group.

"This morning I grabbed my son and cried and held him because it bothered me that people feel that way about him," she said.

Authorities said Melendez was not targeted. Fliers could be seen for almost six blocks.

"My father said throw it away," said resident Dustin Castro. "It's trash. It's true, it's just trash."