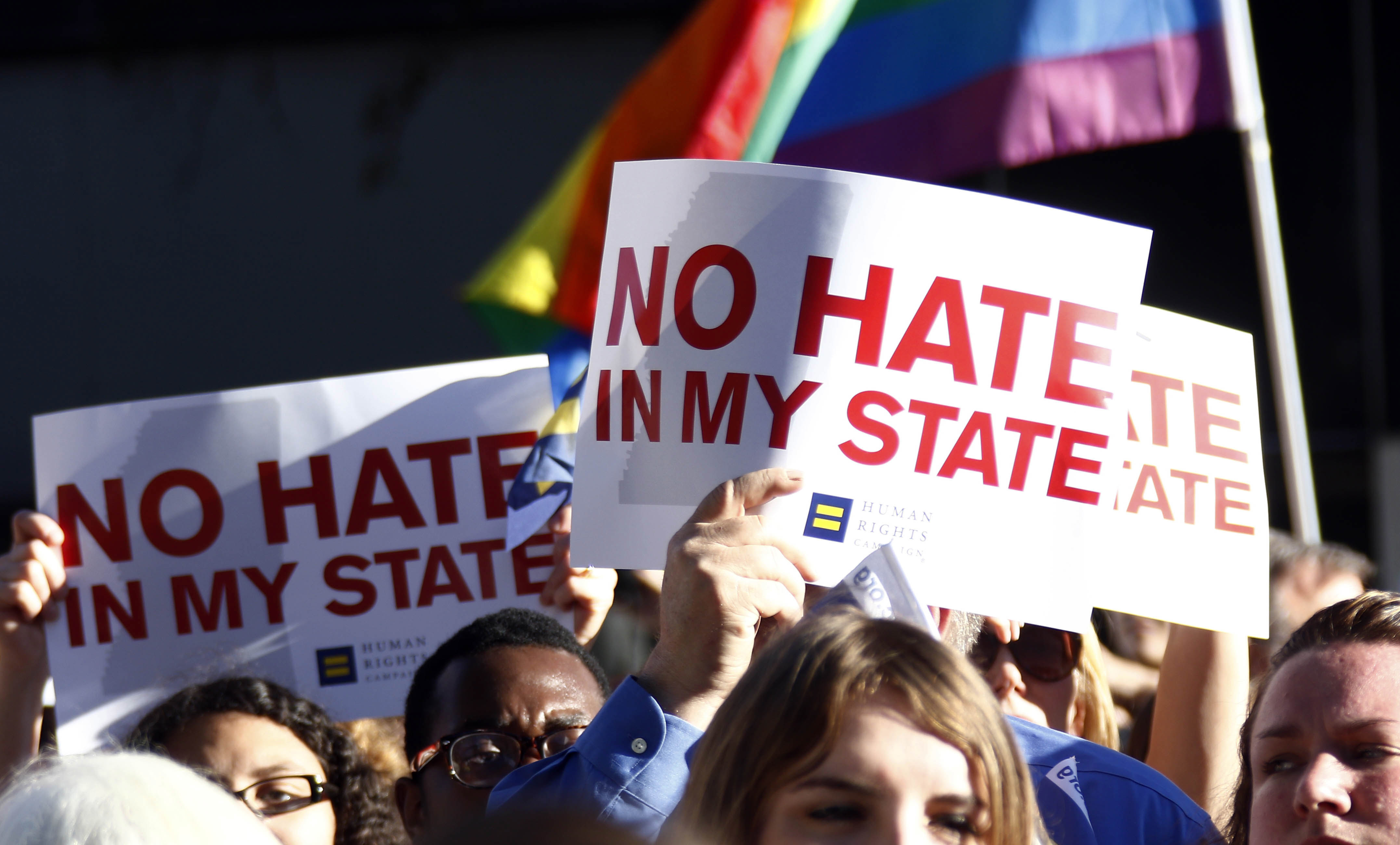 JACKSON, Miss. - The American Civil Liberties Union of Mississippi is suing the state over a law that will allow workers to cite their own religious objections to same-sex marriage to deny services to people.

The suit was filed Monday in U.S. District Court in Jackson.

House Bill 1523, passed by the Republican-majority Legislature and signed by GOP Gov. Phil Bryant, is set to become law July 1.

Supporters say the law will protect people's religious belief that marriage should only be between a man and a woman. Opponents say it violates the equal-protection guarantee of the Constitution.

CBS affiliate WJTVin Jackson reports the lawsuit was filed on behalf of Nykolas Alford and Stephen Thomas, a couple who's been engaged for two years.

"When HB 1523 passed, it was heartbreaking because it takes away our chance to finally be treated equally. At a time when we're supposed to be excited as a couple engaged to be married, this law permits discrimination against us simply because of who we are. This is not the Mississippi we're proud to call home. We're hopeful others will come to realize this and not allow this harmful measure to become law," they said.

While critics have called the law anti-gay and a legalization of bigoted behavior, supporters have flipped the script, saying they're protecting themselves from discrimination from the federal government over their religious beliefs.

"This bill merely reinforces the rights which currently exist to the exercise of religious freedom as stated in the First Amendment to the U.S. Constitution," Bryant said in a statement defending the bill.